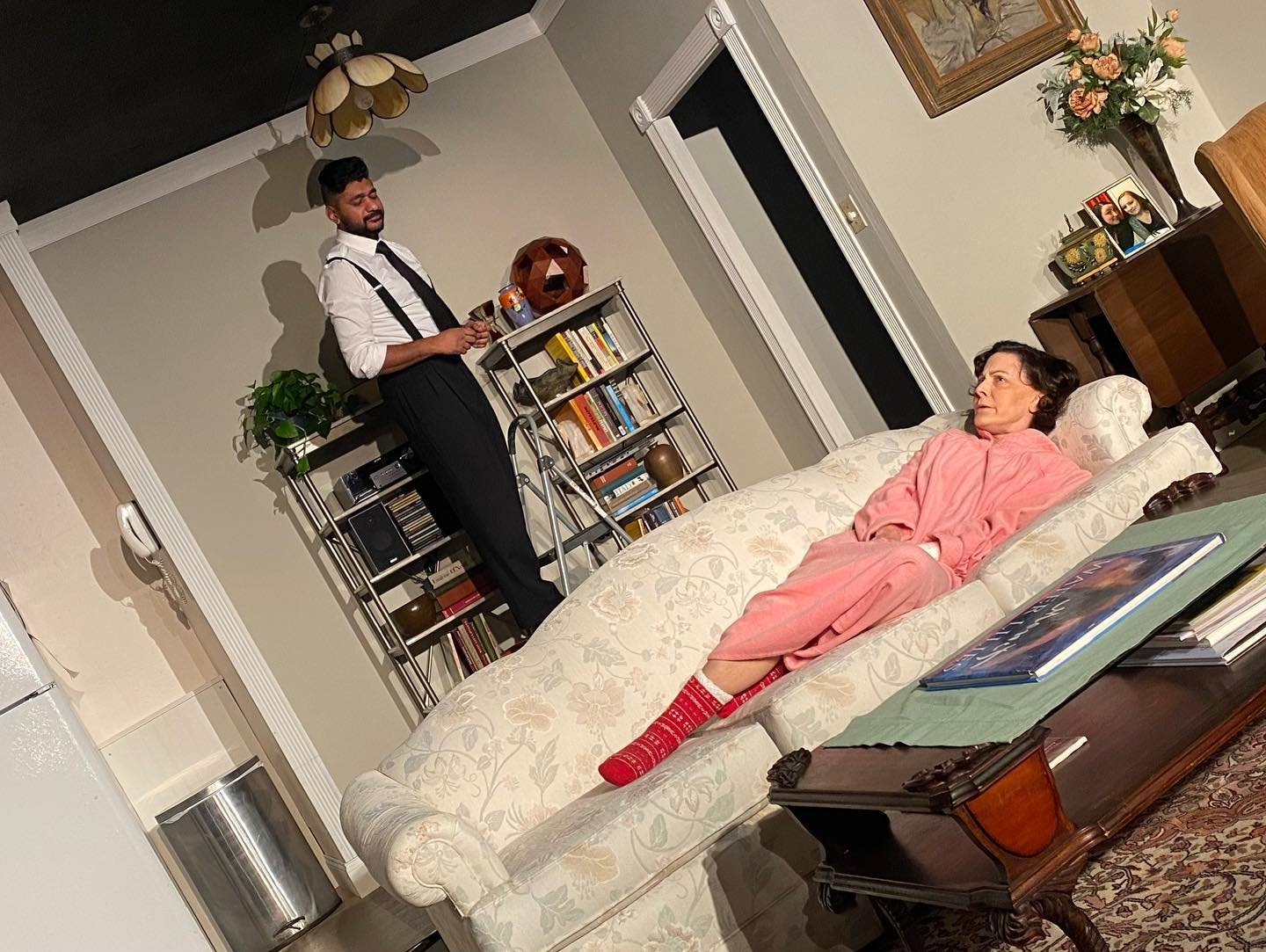 "THE TALE OF THE ALLERGIST'S WIFE"

Worcester County Light Opera Company’s production of “THE TALE OF THE ALLERGIST'S WIFE” is about a woman experiencing a midlife crisis in which she finds herself lost in a veritable quagmire of intellectual nonsense and household embitterment....and this is just as the show begins.

The comedy, written by Charles Busch and directed by Janet Tyndall, plays through December 11th and hits close to home on a number of familiar levels.

Set in 2000, all taking place in a Manhattan apartment, middle-aged Marjorie (Lorna Nogueira) should be living very comfortably, having a “full life” - one which many others would envy.

So, with all that going for her, why did Marjorie erupt into an emotional fit at the "Disney Store" breaking numerous expensive figurines?

Severely depressed, Marjorie mopes around the apartment, barely able to lift herself off of her couch, overthinking her existence while longing for some concrete meaning to her life.

Attempting to be supportive is Marjorie’s husband, Ira (Evan Graber), a retired allergist, who does not seem to be able to relate to nor break Marjorie out of her prolonged "funk." It is not immediately clear if Ira is ambivalent to her ongoing neurotic spiral or merely oblivious.

Marjorie reflects on her Disney disaster with her confidante, the vigilant and unobtrusive apartment doorman, Mohammed (Arjun Yadav). 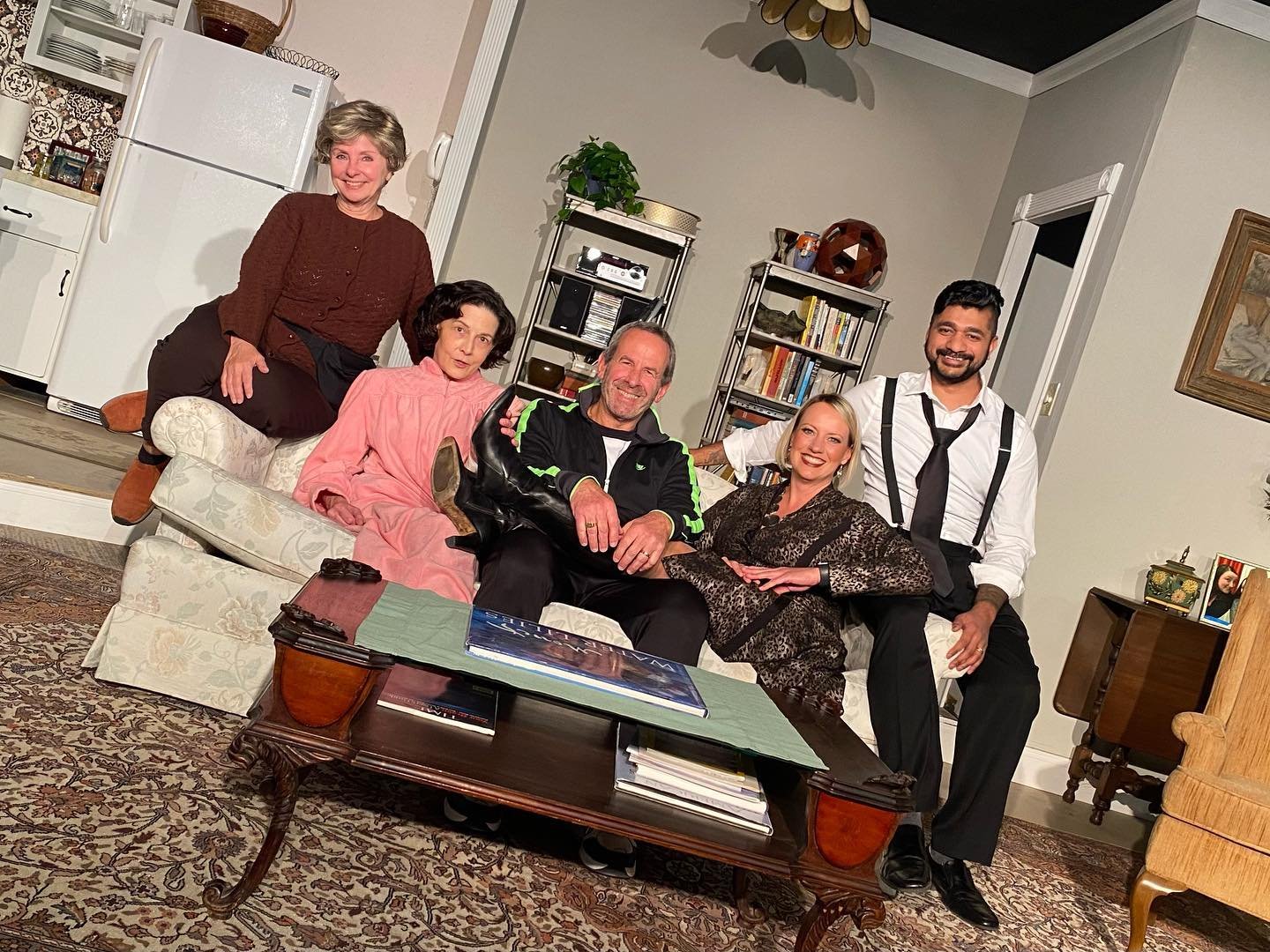 While she adores her husband, Marjorie contends a bit of jealousy because Ira's life appears to be filled with purpose as he selflessly medically assists those less fortunate at a free clinic in the community. He also has numerous speaking engagements booked by loyal followers of his teachings.

Marjorie is homebound with a retired husband who is busier than ever and her only child has moved away to Jerusalem after marrying a rabbi.

So, Marjorie's daily life now is made up of self-isolating.

Worse - she is alone with just her own thoughts of her utter "alone-ness" to keep her company.

Throwing gasoline onto Marjorie's emotional grease fire is her highly judgmental Jewish mother, Freida (Lida McGirr), and the worldly Lee (Jeanine Belcastro Went), an old friend of Marjorie who has returned at this unexpected and most pivotal moment in Marjorie's imploding life. (Photo: Arjun Yadav and Lorna Nogueira in a scene from “THE TALE OF THE ALLERGIST'S WIFE” from Worcester County Light Opera Company in Worcester, MA. now playing through December 11, 2022. Photo Credit Eric Butler)

This is where Busch's play really kicks into gear after a rather lethargic lead-up to Lee's entrance. Once Lee enters, her character becomes the catalyst for all that follows - good, bad, and very bad at times.

As a result of her interactions with these two distinctly different women, Marjorie is able to see what she either lost or sacrificed in her life and evaluates that against what she has found or gained in return.

Jeanine Belcastro Went gives a captivating performance as Lee, slowly revealing she did not simply arrive at Marjorie's door by chance. Her character's impact upon Marjorie is almost immediate.

While Lee is able to lift Marjorie out of her emotional stupor, she also upends Marjorie and her relationships with both Ira and Freida as Lee's life's choices become more revealed.

Yadav, as the character of Mohammed, seems not fully developed but that appears to be more a lacking within Busch's script than in Yadav's performance.

Nogueira gives a wonderfully steady, layered portrayal of Marjorie as she runs the emotional gamut, fluctuating back and forth between Marjorie as a lost soul to Marjorie as an assertive, motivated and emotionally compelling woman.

Graber, as Ira, also is solid in his character, especially as Ira visibly struggles at being a loving and faithful husband at times.

McGirr as Frieda easily has the best lines in the show as Frieda has absolutely no verbal boundaries or filters and says exactly what she wants, especially when it comes to her troublesome bowels. McGirr delivers these lines with pinpoint accuracy.

The set design by Ed Savage (with set painting by Sally Bowditch and construction by Savage and Michael Nosel) was perfectly matched to the stage space and was both functional (in appearance) and elegantly decorated.

All the technical elements are there but the show itself runs a bit long in the second act as Busch attempts to tie up a number of loose plot points.

For those seeking a quality holiday alternative, “THE TALE OF THE ALLERGIST'S WIFE” is a fine theatrical offering by the WCLOC for those looking to escape seemingly endless yuletide fare. 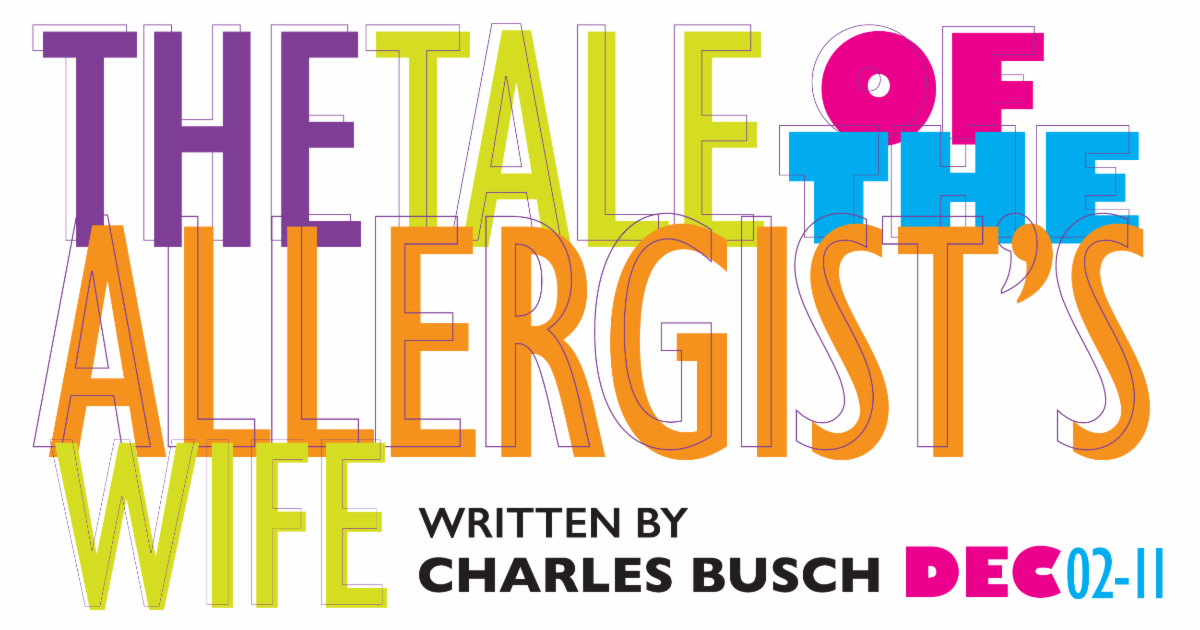 Before there was "The Marvelous Mrs. Maisel" on Amazon, Marjorie Taub was the funniest housewife on the Upper West Side.

Don't miss one of Broadway's most popular comedies at WCLOC. Opening on December 2.

Marjorie Taub, a middle-aged Upper West Side Doctor’s wife, is devoted to mornings at the Whitney, afternoons at MOMA and evenings at BAM.

Plunged into a mid-life crisis of Medea-like proportions, she’s shaken out of her lethargy by the reappearance of a fascinating and somewhat mysterious childhood friend.

Founded in 1937, WCLOC is Worcester’s oldest active theater company. As a local, non-profit community theater, we depend on the generosity of our members, patrons, subscribers, and donors to help forward the mission of our organization to entertain, inform, and nurture local artists and audiences through the production of high quality, affordable musicals, plays, and children’s educational workshops. A donation to WCLOC allows us to continue to keep tickets affordable for local audiences, helps us maintain and make necessary improvements to our Clubhouse, and supports a full season of memorable theater and educational opportunities.