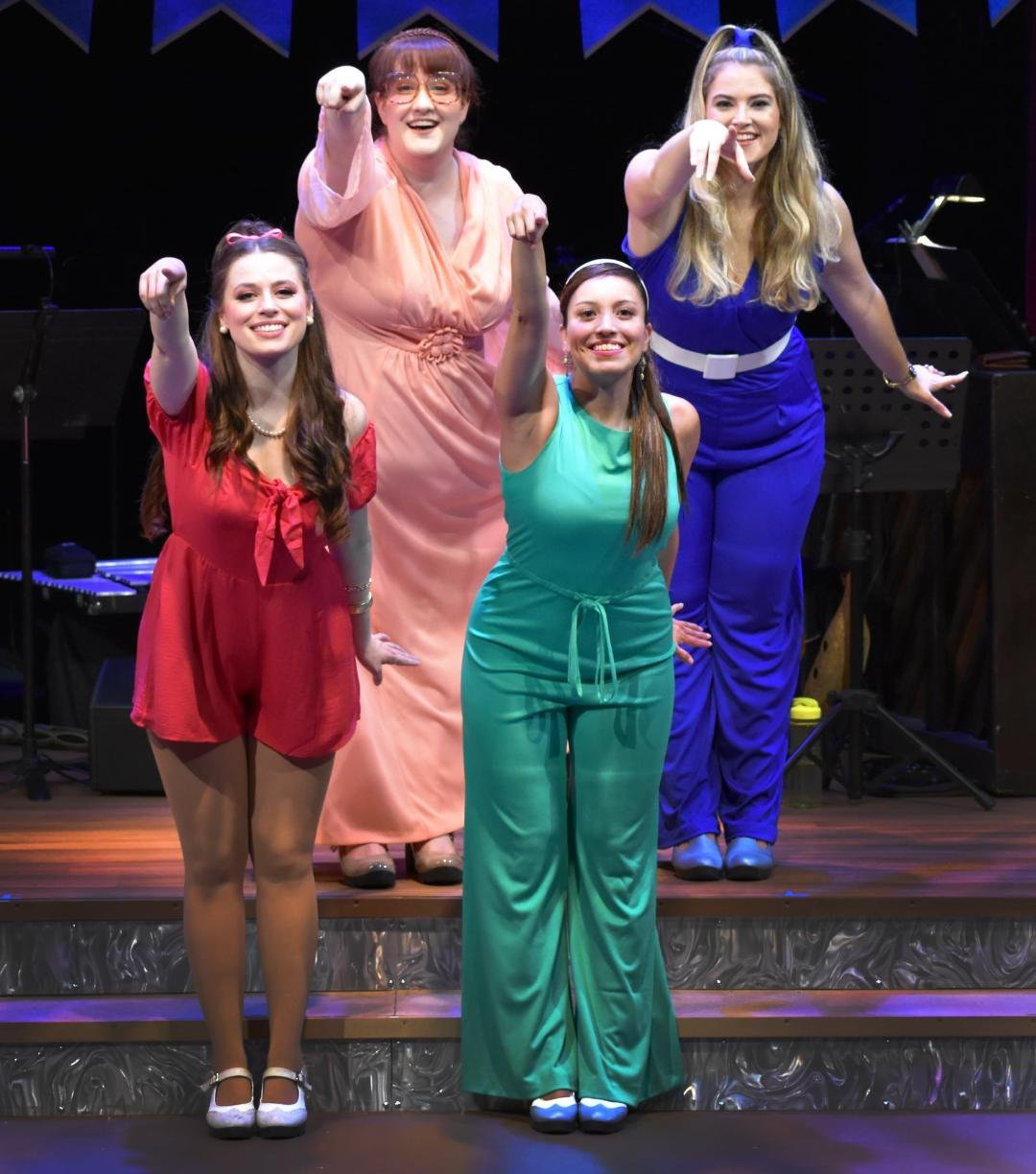 When one obtains a ticket to a jukebox musical like “"The Marvelous Wonderettes: DREAM ON" By Roger Bean (now playing at the Majestic Theater in West Springfield) one accepts that they are going to see a show that has oft times been included as part of an unflattering category of “Cruise Ship Shows”.

The term is unflattering as it usually implies a show of lesser quality to that of a Broadway caliber musical. “Beautiful the Carole King Musical” is also a jukebox musical, but the level of writing is at a superior level to most shows in the “Cruise Ship Shows” class.

True, if one were to compare “Beautiful” to any of the “Wonderettes” series of shows, of which there are four (the original “Marvelous Wonderettes”, the first sequel, “Winter Wonderettes”, “Wonderettes: Caps and Gowns” and “Dream On”) one would see the difference.

The classification is, actually, a bit insulting to both this particular series of shows and to cruise ships, which these days DO sometimes offer full Broadway level shows.

But the reason for the classification is to keep one’s expectations low – this is a type of show that may occasionally take place in the background of an environment such as that in a cruise ship lounge or casino lounge where people not only can view the entertainment but eat, drink, gamble, etc.

But having seen all but one of Bean’s “Wonderette” shows, it is clear that they are a cut above and deserving of a bit more respect, if only because the audience becomes involved in the lives of the characters singing their hearts out on some truly iconic and familiar songs.

There was no song listing provided in the program for “Dream On” but there really wasn’t one needed.  Many of the songs came as no surprise: From the opening 60s hits “Gimme Some Lovin’” and Act One closer “Some Day We’ll Be Together” - To the Act Two seventies classics “I Am Woman” by Helen Reddy and, yes, even THAT Gloria Gaynor empowerment hit that still makes many eyes roll (not just men) just hearing the opening lyrics “At first I was afraid…”.

Yes, these are the kind of songs you will hear as part of the musical and you WILL enjoy many of them as presented thanks to the fine foursome of ladies who deliver exemplary performances. 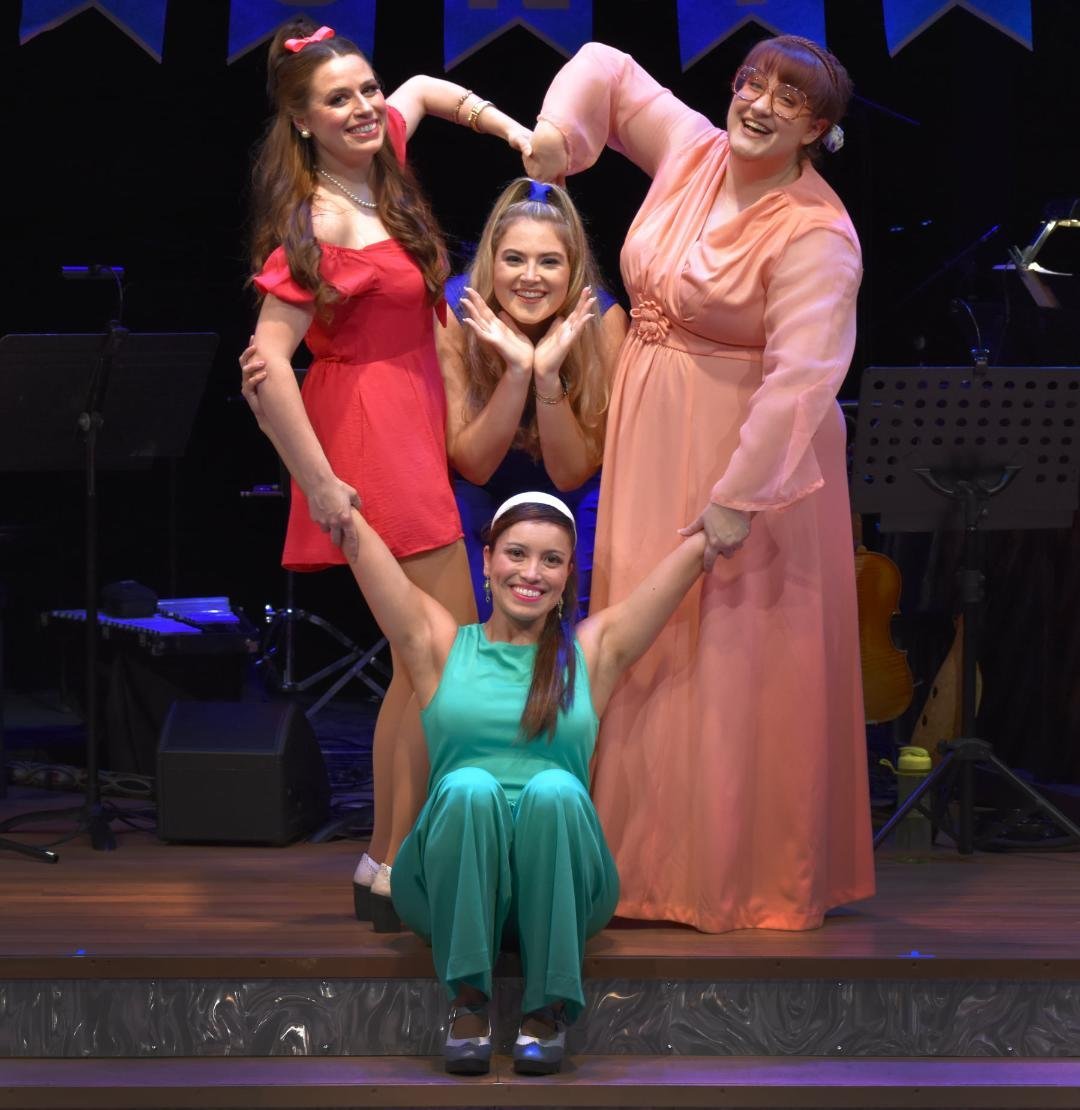 The quartet of characters in Bean's show play into many common musical stereotypes: The acerbic and strong willed “Betty Jean”, aka “BJ”, is aptly played by the witty Tina Sparkle; aspiring chanteuse “Cindy Lou”, aka “Cynthia” is performed by the stunning Kaytlyn Vandeloecht; the overly anxious overachieving “Missy” is portrayed by robust vocalist Kait Rankins; and the quirky and sometimes ditzy “Suzy” is brought to a whole new level thanks, in no small part, to the incredible vocal style of Mollie Posnik. Four very different personalities united by the joy they feel presenting the music they bring to audiences.

The four actresses have a solid feel for each character and united bring a unique charm to the entire piece.

As in the other entries in this series of shows, if one pays closer attention (in between the meals, the drinks, the gambling, etc.) one might actually begin to care about the lives of these characters which certainly increases the appreciation for Bean’s story structure.

Under Danny Eaton’s direction, the show succeeds with much appeal and, after a year and a half of not being able to attend a live musical event, a great deal of appreciation.

Also, thankfully, any meals and drinks (no gambling here, folks – sorry) are kept to the items sold at intermission and outside the theater space.

As in the original “Wonderettes” musical, in both Act One and Act Two, the Wonderettes reunite, returning to their old Rockville High School. High praise to Greg Trochlil and the entire set design team for the fine attention to detail in creating the faux high school gymnasium as it really enhances the overall ambience of the production.

In the first act the quartet has regrouped as part of a retirement party for their favorite homeroom teacher and then, in Act Two, they return 10 years later to celebrate their ‘Class of ’58 Twenty Year Reunion’.

Each of the members of the incredible band assembled by Music Director Mitch Chakour played exemplary under his capable guidance.

As mentioned, many of the songs will seem all too familiar to many who will see this show, but each performer is given their moment to shine and shine they do. In particular, the Melissa Manchester/Carole Bayer-Sager penned classic “Come In From the Rain” was deserving of its own standing ovation given the treatment by the band and vocal powerhouse Posnik who simply knocked it out of the park.

Between the combination head mics and wireless handheld mics there were some occasional sound glitches making some of the vocals difficult to hear but otherwise the technical aspects of the show were outstanding in the Majestic’s intimate atmosphere.

The ultimate goal, be it on a cruise ship, casino, or at a singular intimate staging of a jukebox musical, is to have fun. The “Wonderettes” are 100% pure fun shows and if you see “Dream On”, don’t expect to hear the Aerosmith classic, but DO expect to have that level of fun.

The show is approximately two hours 15 minutes with one intermission.

On September 1, the Majestic Theater staff met with the West Springfield Health Department, and the following COVID-related guidelines are now in place at the Majestic:

REMAINING PERFORMANCE DATES FOR THE MARVELOUS WONDERETTES: DREAM ON 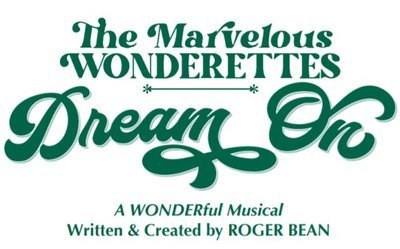