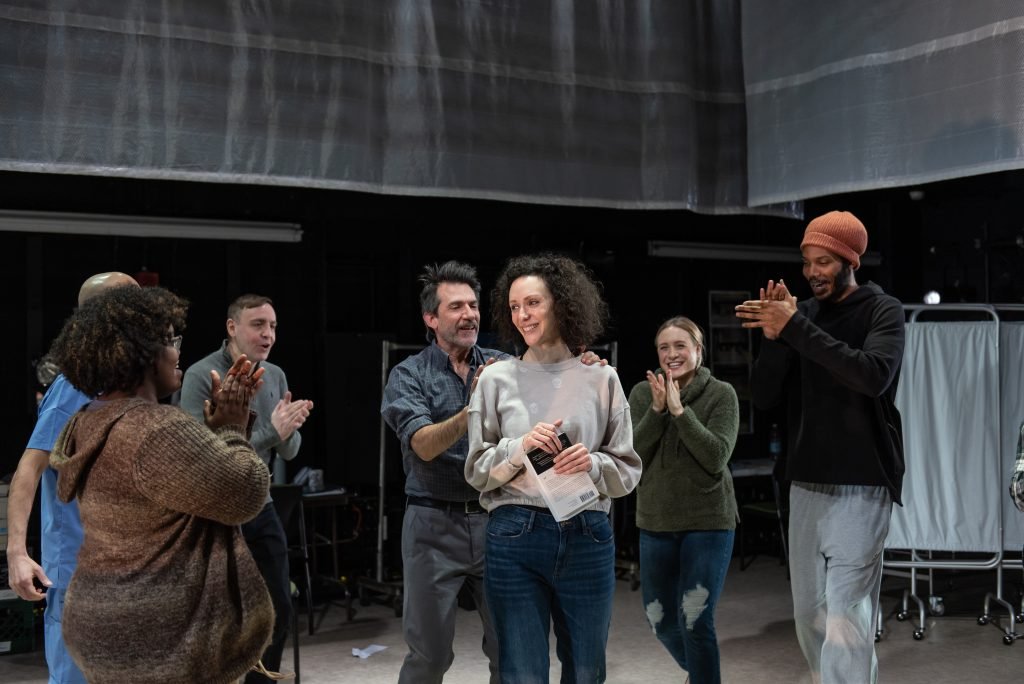 "A noun's a special kind of word" 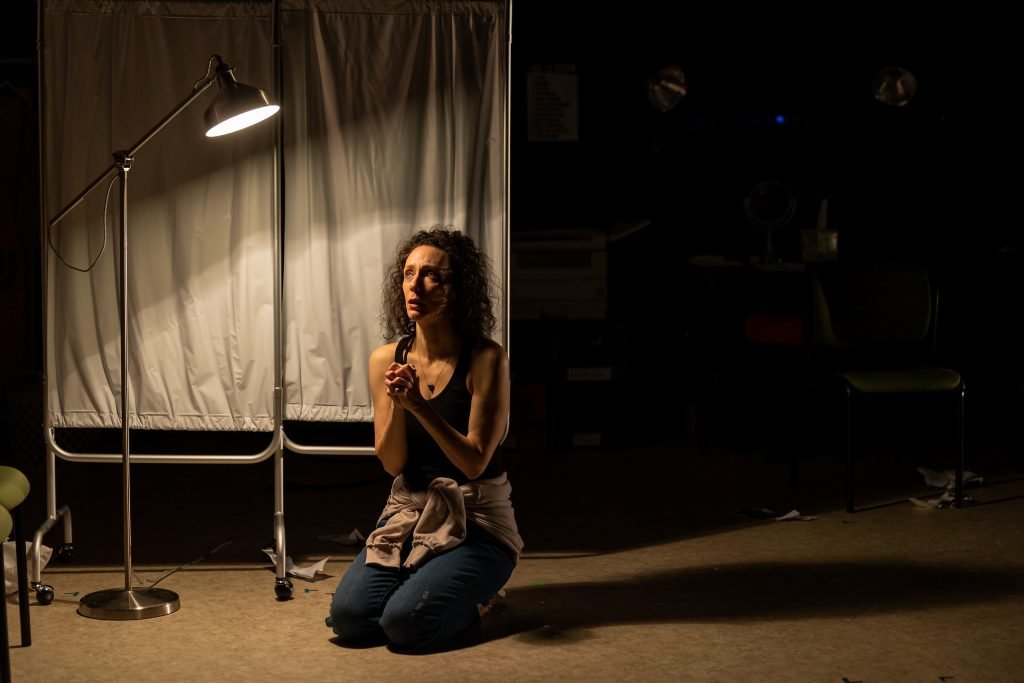 “People, Places and Things” will resonate immediately with some. There will be those who will identify closely with the content of the piece, a story surrounding an addict standing at the precipice, staring down into the abyss of their own destruction.

That is exactly what it should do and does spectacularly.

The latest offering by SpeakEasy Stage offers no comfort food script to viscerally be consumed here – there is nothing we haven’t seen anywhere before in literature, movies or television. Our protagonist is a junkie who can either work toward their own salvation or be the instrument of their own doom.

The play is written by Duncan Macmillan and directed for SpeakEasy by David R. Gammons. It is an arduous two and a half hours of non-stop angst, punctuated by moments of witticisms which do not dissuade from the unpleasant environment we find ourselves in – a recovery center - rehab.

The play is intensely blunt and brutal, seemingly wanting to confront and remove any perfidious optimism, to intentionally eliminate any possibility of hope for the play’s central character, “Emma” (aka “Nina” in a marvelously textured performance by Marianna Bassham).

In a prolonged Act One, Emma admits herself to the center only as a way to obtain a “certificate” showing she is “clean” of drugs and capable of resuming her job as a working actress.

The set is an intricately designed, well calculated mess - perfect for Emma's surroundings. Water splattered, multiple cotton balls discarded, abandoned items left on the ground - all of these remain on the floor, indicative of this environment where we see multiple souls also splattered, discarded and abandoned, including Emma.

Ingeniously placed lighting and sound effects are used to help punctuate some of the more thematic sequences.

During her time in rehab, though, Emma encounters a seasoned staff who have seen the likes of Emma before ad nauseum.

The medical staff includes some fine performances by Kadahj Bennett as “Foster” and Adrianne Krstansky especially impressive as multiple characters, including Emma’s “Doctor/Therapist”), and fellow patients (including Nael Nacer, unrelentingly good as “Mark," probably the one fellow addict who “gets” Emma most) – all have no truly vested interest in helping Emma if she cannot help herself.

In a role playing “People, Places and Things” recovery exercise, Emma becomes the stand-in or focus of several member’s “People” – those who are, from their perspective, the primary trigger for moments of relapse.

Even after weeks of this, Emma is still far too self-absorbed to really see, divulge and address the stark reality of her own spiraling addiction that is beating her senseless.

One thing is for sure: Emma is such a good actress she tends not to accept reality as a constant whereby her own actions, past and present, have insurmountable ramifications.

In the show’s second act, time has passed and we meet a much different Emma, one who has hit rock bottom and makes a more earnest attempt at recovery…or does she?  Again, she is a very good actress.

By the time Emma returns home to address the “People, Places and Things” she needs to focus her attention to in order to move forward, it may already be too late.

Bassham's performance cannot be understated. She is magnificent in presenting Emma as an undeniably defiant, intelligent, defensive force who has become an absolute train wreck.

Is there any reason we should even care what happens to Emma given her propensity for clandestine self destruction? Not particularly.

Yet, we find ourselves doing just that thanks to Macmillan's fine script and Gammon's equally impressive attention to detail.

We want to see overcome her demons which just might also leave us with some sense of hope for anyone suffering with an addition. Every time Emma observes a lifeline being offered, instead she feels she is being given an anchor attached to that lifeline.

The problem is - there are no villains here. You won’t find a single enemy who is working against Emma's recovery, save herself. Our protagonist is her own antagonist – her own worst enemy.

By the end (and without spoilers) we see that the message of hope for a healing tomorrow is solely dependent on getting through a healing today, if that is possible. Thanks to the caliber of performances presented here, that message becomes abundantly clear.

Some seeing this performance may, themselves, be in some form of recovery. Here’s hoping that they, too, continue to work toward that healing tomorrow.

The show's approximate run time is 2 hours, 30 minutes with one intermission. Boasting critically acclaimed, sold-out runs in both London and New York, People, Places & Things is an exhilarating new play about surviving in the modern world.

The story focuses on Emma, a thirty-something actress who thinks she is having the time of her life, until she finds herself in rehab.

Her first step is to admit that she has a problem.

But the problem isn’t with Emma; it’s with everyone else.

And when intoxication feels like the only way to survive, how can she ever sober up?