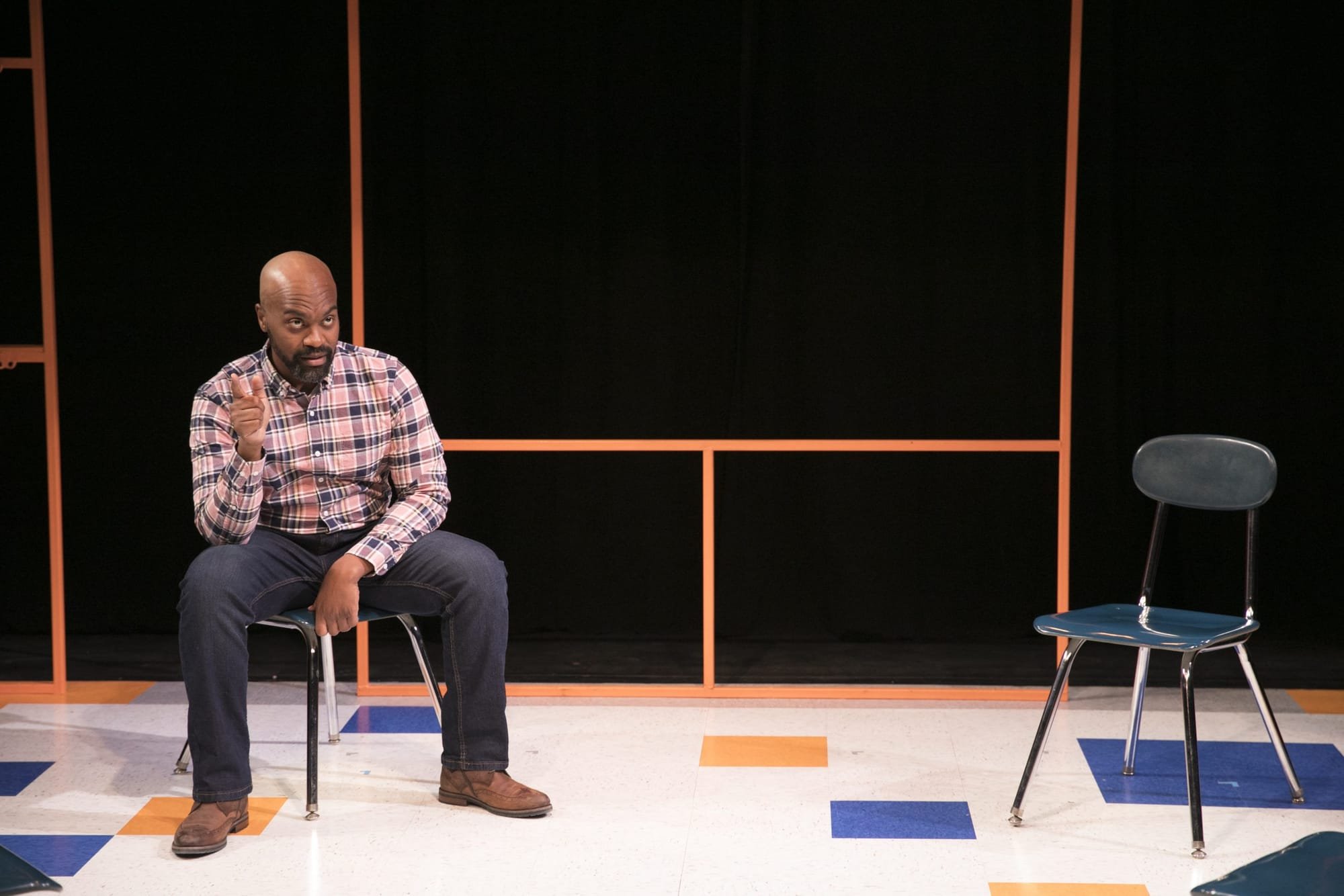 The Lyric Stage of Boston

As “Mr. Parent” begins, we are in a very basic, very dreary classroom set up: A set of old, overhanging light bars hover over your basic dull linoleum classroom floor. In the classroom there are only four standard student desk chairs. No desks.

There is an ugly orange industrial use frame set along the back wall where either a marker board or view screen is used. There are no pictures hung, no wall assignments posted.

The image just described does not initially raise one’s expectations for a remarkable 90 minutes of theatre – but, as has been proven many times in theatre, looks can be deceiving.

This is, in fact, a wonderful way to spend 90 minutes thanks to a finely tuned script by Melinda Lopez and the charismatic autobiographical performance by Maurice Emmanuel Parent.

The one-person show is directed by Megan Sandberg-Zakian and is the latest offering by Lyric Stage Company which succeeds on many levels.

Parent engages the audience right from the beginning as he conveys many aspects of his personal life recounting his dual career as both professional working actor and Boston area schoolteacher, teaching theatre to multicultural youth in a seriously underfunded environment.

Of course, this does not go well.

Parent soon discovers the intellectual, emotional and personally symbiotic relationship he seeks to have as a teacher is not one that is reciprocal nor attainable.

Not given the students he has, not given his fellow faculty and administrators, not given the environment in which he has to function and certainly not given those in his life (as recalled) that are supposed to be his own personal support system.

Parent seeks to address some of the imbalances he has witnessed as his describes how some of the students in his charge (composite characters) attempted to just survive (let alone thrive) in an underserved, underfunded and unforgiving public school system.

Learning more about Parent’s journey before becoming a teacher, he recollects his struggles of traveling in the world as a gay black thespian - trying to find a more stable destination in the world before landing on an educational island he (according to Parent) describes as highly unstable, leaving him never quite certain how to well navigate in his surroundings.

Then, sporadically throughout the performance, Parent throws a curve by administering ‘pop quizzes” to the audience, using this time to review why the educational system in which he tried to teach had so many drawbacks if not utter failures, many having to do with desegregation and integration mismanaged over the decades. 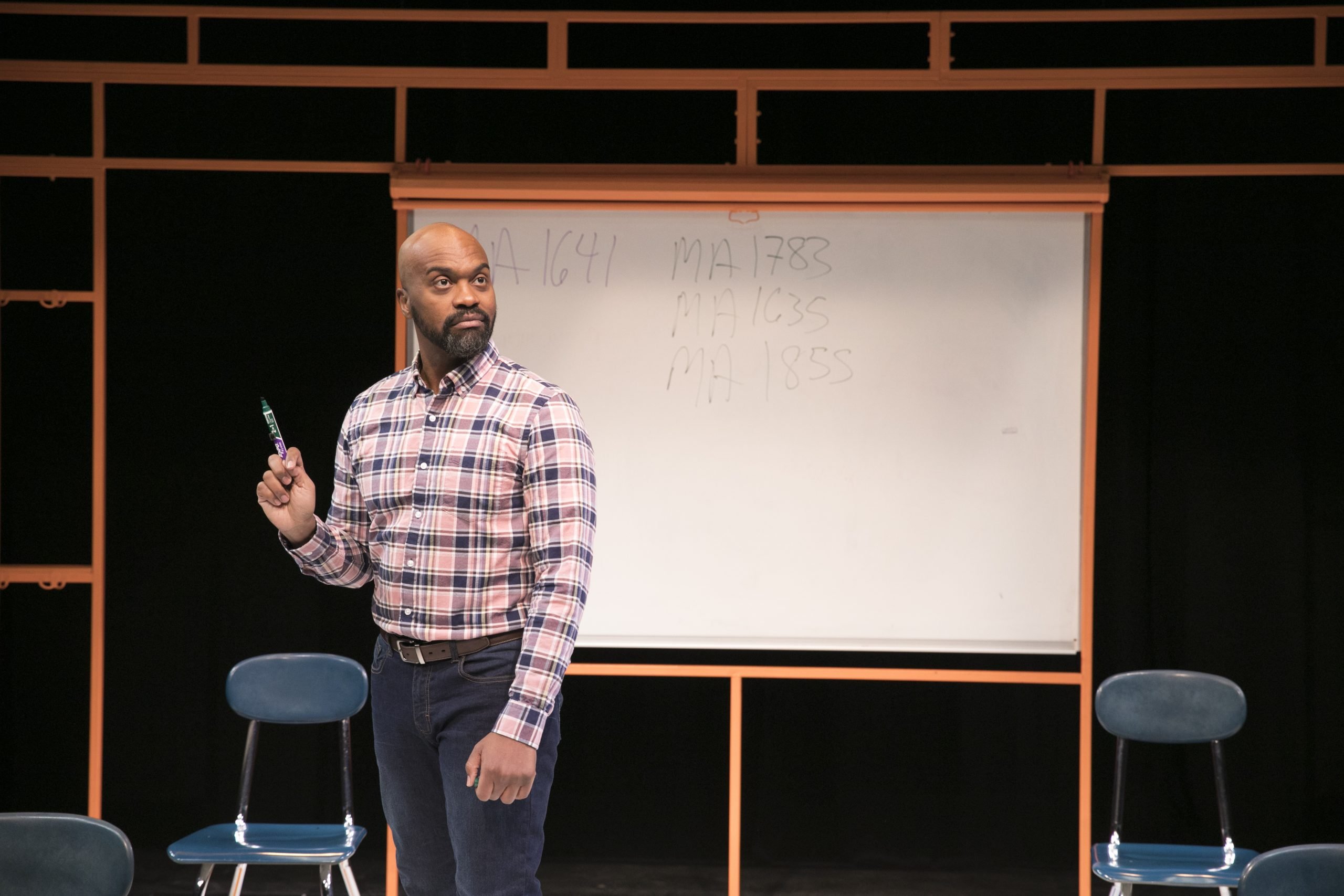 While we do see some of his successes, they appear to be far outnumbered by Parent’s obstacles, obstacles most likely shared by hundreds, if not thousands, if not tens of thousands, of teachers in similar environments.

That is the show’s greatest strength.

Where the show occasionally comes up short is during some random moments of the actor’s own “uncertainty” as it pertains to lines – some of these "lapsed" moments are obviously scripted while others appeared to be actual line stumbles - which left an impression that the show may not yet quite be finalized and may require some polishing.

That said, the above is certainly only a minor concern as there is a fine consistency to maintain audience focus throughout.

So, if you have the opportunity to "audit" the class of "Mr. Parent," it is highly recommended you take the course. 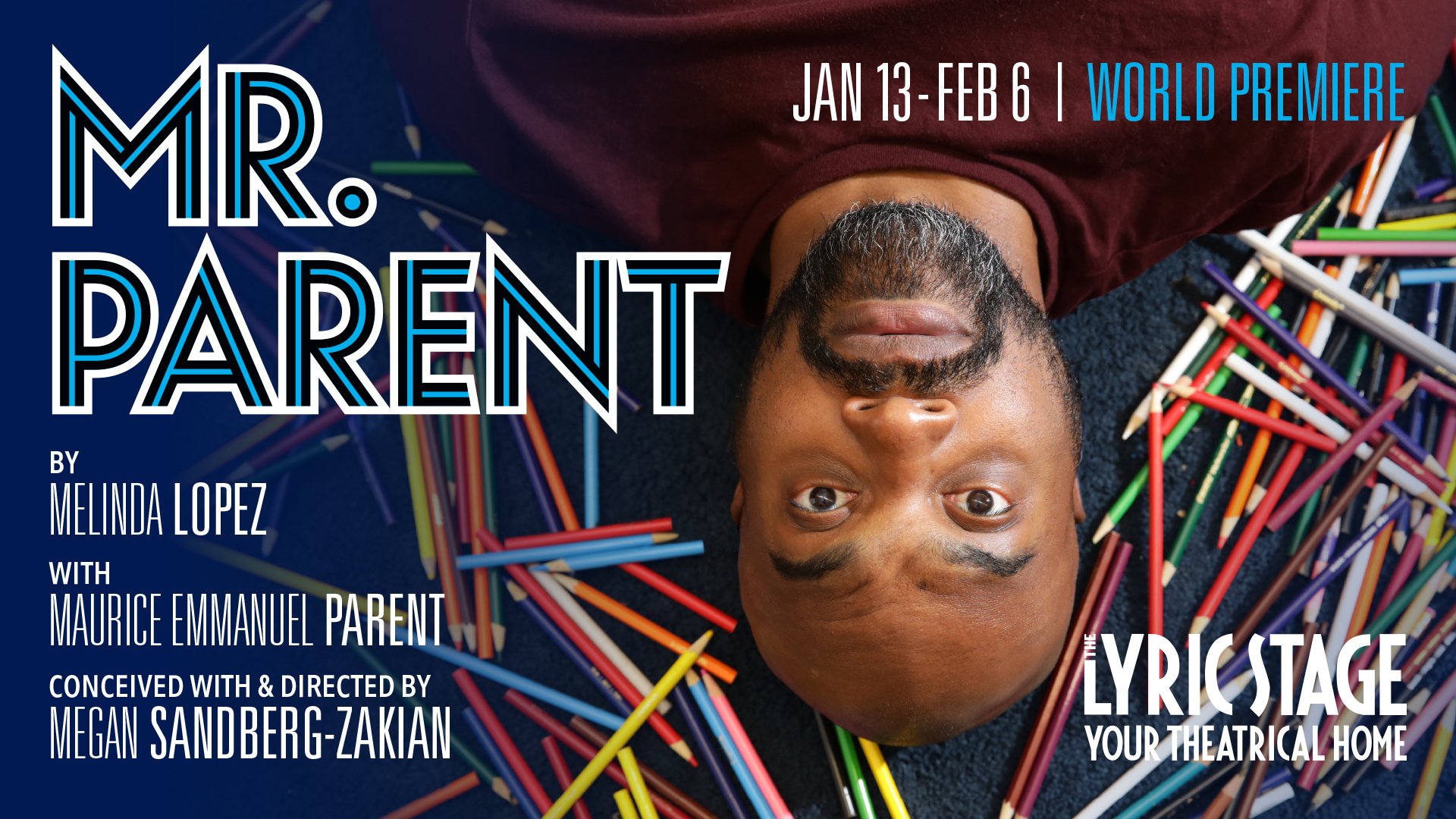 Mr. Parent is based on the stories and real-life adventures of Lyric stage favorite, Maurice Emanuel Parent. An actor turns to teaching for a steady paycheck, and learns that it’s less of a job and more of a constant, visceral reminder of one’s own success and/or failure. 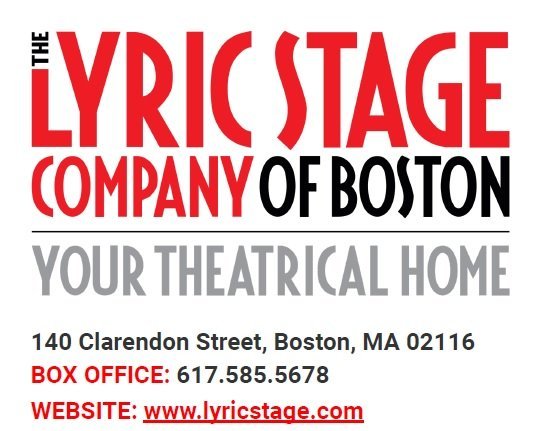