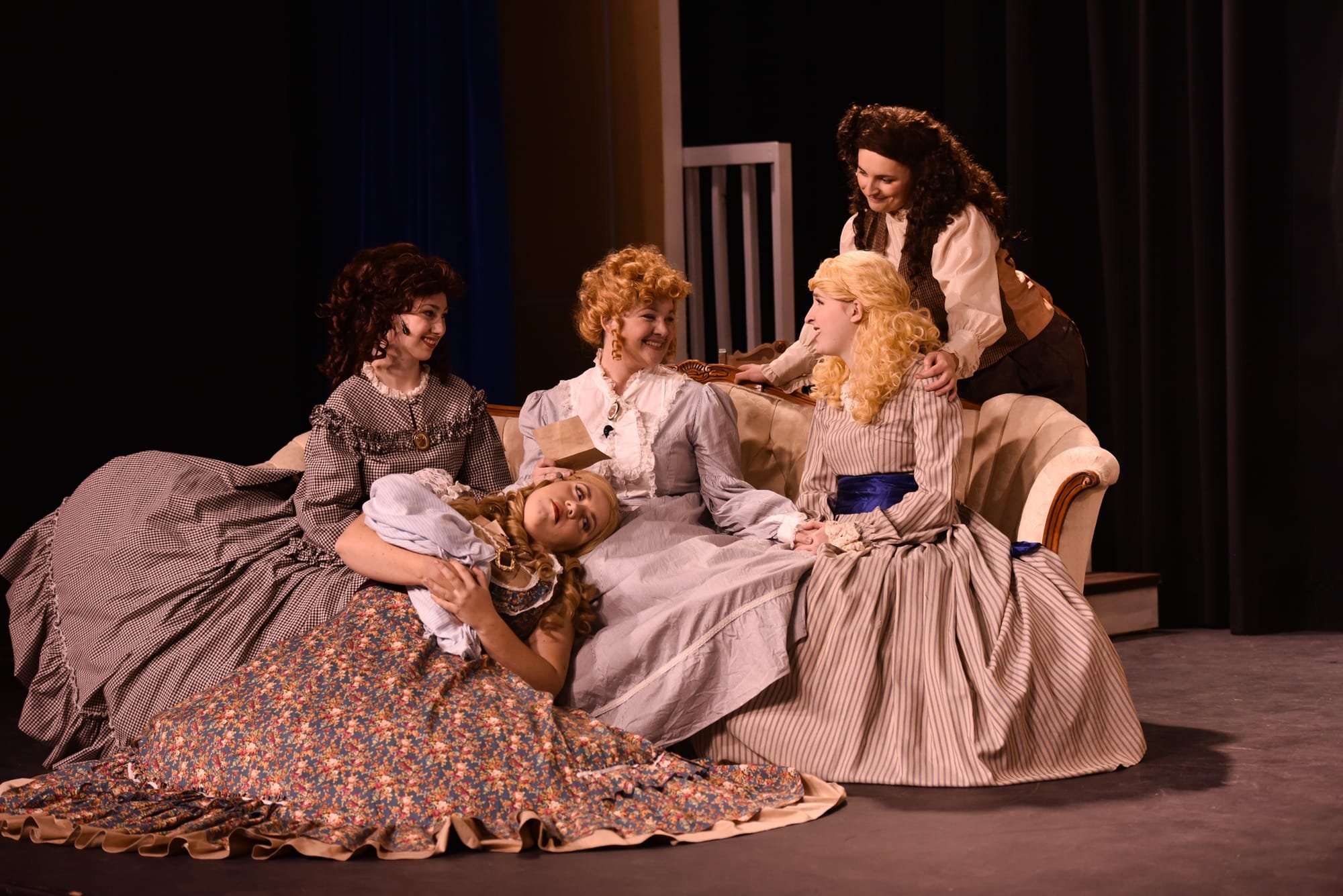 Vanilla Box Productions presents “Little Women the Musical”. Nov. 15 and 16 at 8:00pm; 17 at 2:00pm at Burke Center for the Performing Arts, Holy Name CCHS, 144 Granite Street, Worcester, MA.; Nov. 22 and 23 at 8:00pm at Cuvilly Auditorium, Cuvilly Arts Center, Notre Dame Academy, 425 Salisbury Street, Worcester, MA. Ticket Pricing: $22 per adult and $20 per senior (65+) and child (12 and under). Tickets will be $2.00 more at the door. Group Rates Available. All sales final. For tickets: https://www.onthestage.com/show/vanilla-box-productions/little-women-the-musical-98636/tickets

With their latest offering, “Little Women the Musical,” Vanilla Box adds to their ongoing legacy of providing strong shows and quality entertainment to the city of Worcester. This time to not one but two separate locations.

The production takes the classic story of “Little Women” and reconstructs the basic elements with a solid story thanks to the book by Allan Knee and a thoroughly absorbing score by Jason Howland and Mindi Dickstein.

The performances are all of a higher caliber under the direction of Joel Seger and all the ensemble are to be commended.

Since Louisa May Alcott’s “Little Women” was published back in the late 1860s (specifically 1868 & 69) there have been many plays and musicals adapted of her timeless story of the legendary “March Sisters” of Concord, Massachusetts.

Jo so desperately wants to maintain what she feels is a perfect moment in time in the lives of her family, she begins to feel as if her life is falling apart when her sisters face their own life-altering moments or destinies.

Among the highly capable performances, a standout includes Keri McCarthy as Marmee, who commands attention as she sings the numbers “Here Alone” and “Days  of Plenty.”

Also Spanagel, as the Professor, took a relatively minor number from the score, “How I Am,” and turned it into one of the highlights of the evening.

Lyerly as stodgy Aunt March owned the stage from the moment she came out on stage.

Reidy was absolutely animated on stage as Laurie and seems to have great fun with the number, “Take a Chance on Me.” He is also quite adept at much of the physical comedy used in the show.

As Meg, Bradie was convincing with a stunning voice, especially in her duet “More Than I Am,” with suitor and future husband, John Brooke (Peter Russo, who also gives a strong supporting performance).

There is an “Operatic Tragedy” which, during the Act Two opener, “Weekly Volcano Press,” allows the principal cast to step outside their characters to portray roles from one of Jo’s stories. The number is long and does not advance the plot of the musical, but it does allow for some highly entertaining moments on stage for the cast.

Also, the overabundant set design by Seger (with construction by Adrian Gage) seemed like it would have served the flow of the story better if it had been simplified.

Costumes were absolutely gorgeous, visually stunning. However, occasionally, the “hoop skirts” worn by a majority of the actresses seemed to take on a life of their own, moving all over the place while the actresses were standing absolutely still.

As Jo, Moorman had some major ‘hair issues’ when her wig did not seem to want to cooperate, making her look a little like “Cap’n Hook” from “Peter Pan.”

She also struggled with some of the songs needing her to belt or using her upper register, including the song “Astonishing.” But her performance was otherwise steady throughout and she seemed to be more confident during the second act, “The Fire Within Me.”

Overall, Vanilla Box has created another wonderful evening of pure entertainment which should not be missed. Next weekend, just a reminder that the show moves to its second location: