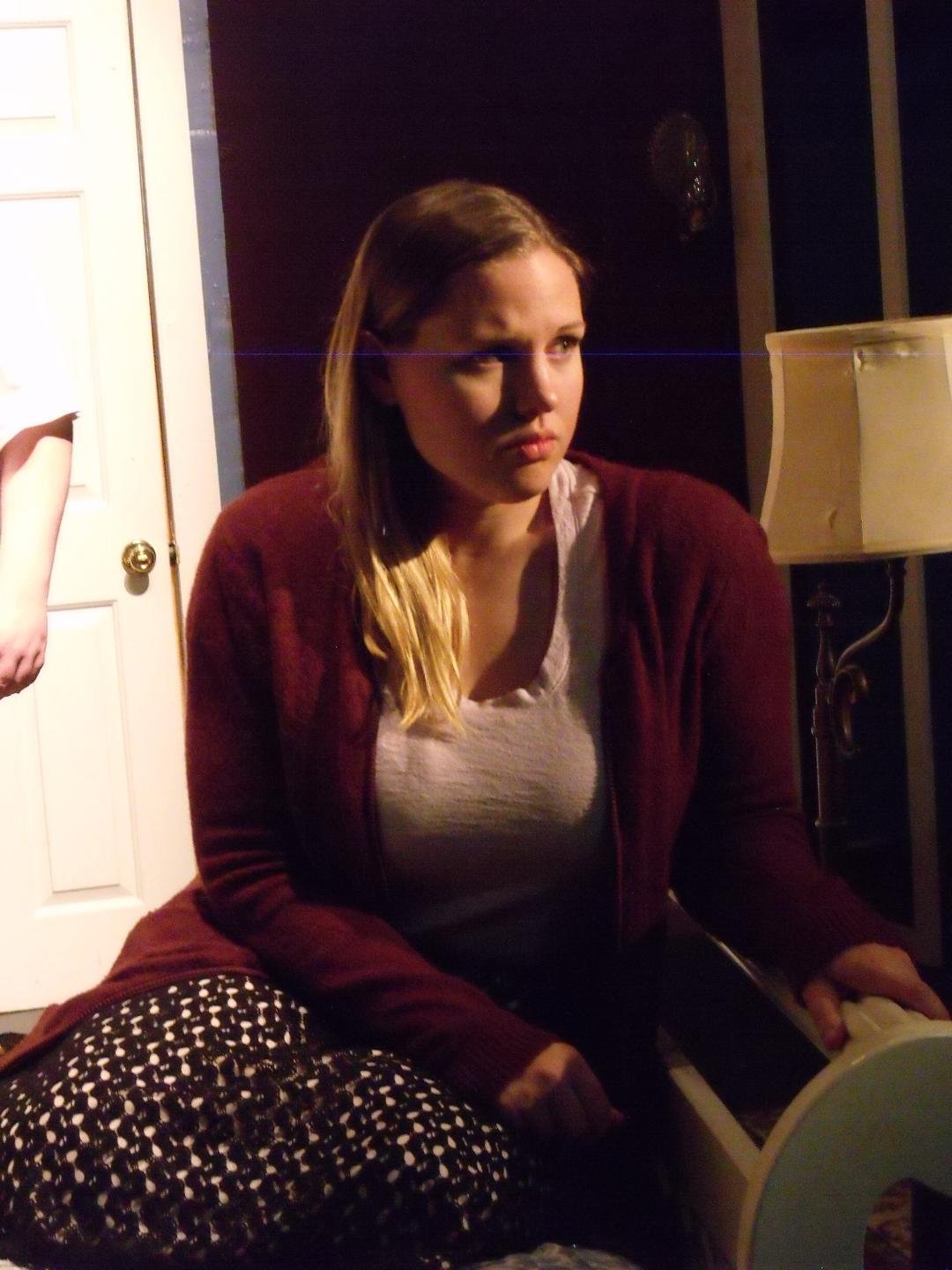 If gloomy mysteries are your pleasure, then the Pasture Prime Players might help you ring in the Halloween ‘spirit’ with their latest offering, “The Haunting of Hill House.”

The disturbing drama is an adaptation by F. Andrew Leslie of the 1959 novel by Shirley Jackson.

Suspense and terror build, ever so slowly, as several psychics find themselves trapped inside the Victorian manor known as “Hill House” which has a long, dark and foreboding history.

Hill House is all but abandoned save for some necessitated upkeep by its malevolent caretaker, Mrs. Dudley (Carol Sweny).

The montage space set design is adorned as a windowless parlor, with spooky old pictures reminiscent of those found at the Haunted Mansion at Disney theme park. Except these aren’t equipped to do tricks like stretch or speak. They don’t need to. Their ghoulish appearance is quite enough.

Victorian style furniture is placed around the stage situated in the limited space. Yet there is definitely a feel of abandonment in its appearance.

There is an elegantly adorned bed stage right which has the same abandoned look. There is a chess board center stage which becomes more symbolic as the evening progresses. A small bar and desk are set along the back wall. Overall, a very effective use of space by director Don Konopacki.

Over the course of a week in summer, Dr. Montague (Jeff Van Amburgh), an investigator of the paranormal, is allowed on site by the present and mysterious owner of the mansion.

He is challenged with exposing and exorcising the supernatural forces which have left Hill House all but abandoned.

Van Amburgh appeared quite comfortable in the role, but struggled with some of his character’s long speeches.

Montague is joined by three others: Eleanor (Hadley Crane) a young sensitive with whom whatever spirit is emanating from the house has affixed its attentions. Also present is vivacious clairvoyant Theodora (Prreeti Tiwari) who bonds with Eleanor as the two find they have much in common.

Rounding out the trio is Luke Sanderson (Jared L. Carlson) a nephew in charge of keeping an eye on the doctor and his companions.

Carlson was fine as the character of Luke but occasionally spoke too fast to be understood. When he slowed down he was far better understood and, as a result, actually had some of the funniest moments on stage.

Later, after a series of paranormal events, the group is joined by Montague’s wife (Robyn Spain) and her “driving companion” to the mansion, Arthur (Bernard Galvin). There is no chemistry between Spain and Van Amburgh so, unfortunately, many of their scenes fell flat as a result.

Also with a number of comical moments was Spain as Mrs. Montague and who is, by far, one of the most eccentric of characters in the show.

Galvan was fine but appeared miscast in the role of Mrs. Montague’s “friend” Arthur, who is supposed to be a conservative head schoolmaster and , instead, came across as an over-anxious Ghostbuster.

Most of the suspense is built around the psychological, not supernatural. Mrs. Dudley cautions that, being so far away from town, no one will hear you if you scream.” After hearing that, why, in God’s name, would any of these people stay in Hill House?

Yet, stay they do, and when anomalous events do take place, they all seem to take it with the same level of acceptance.

While supposedly set in the 1950s, the dialogue comes across as extremely anachronistic considering how the cast behave and are costumed. There was no rhyme or reason to the wardrobe to provide some sense of consistency to the time period.

There are also far too many conversational moments in Leslie’s script which are forgettable and add nothing to the plot. The show was written as a three act but is presented here as a two and a half hour two act. Thankfully, scene changes flowed quickly and seamlessly.

At times, a few of the actors seemed under-rehearsed as there were varying degrees of line trouble.

The main reason to see the show is for Crane and Tiwari who, not only had a good handle on their individual characters, had a great relationship onstage together.

Crane, especially, gave an elevated performance providing Eleanor with an understated persona which added to her portrayal of Eleanor as more pensive than brooding, making her, as a sensitive, far more in tune and susceptible to the eerie events of whoever, or whatever, is pulling the strings in Hill House.

Eleanor becomes like one of the pawns from the chess set. But who, or what, is moving her from square to square, room to room, inside Hill House and what ultimately comes at the point of “checkmate”?

Various effects, specialized lighting and sound, were successfully utilized to provide the spooky effects, but came too few and far between.

The show runs two hours and 30 minutes with one intermission.