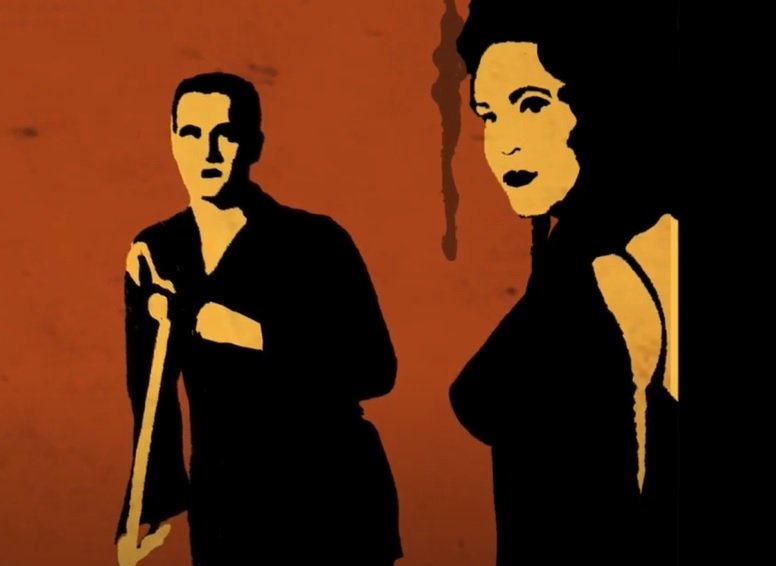 Tickets are now on sale via OnTheStage.com, and profits from these ticket sales will go directly into the pockets of all artists involved in these productions. Any questions, call 617-275-9167.

The Psych Drama Company unveils an admirable but ultimately lackluster production of Tennessee Williams classic “Cat on a Hot Tin Roof” in another (otherwise) well executed streaming audio drama presentation. As one listens to the drama unfold, the first noticeable issue is with the narration.

The drama, which was adapted into a play by Williams from the 1952 short story, "Three Players of a Summer Game", is narrated by the show’s director, Larry Segel.

While the intent was probably to be consistent with where the story takes place (a plantation home in the Mississippi Delta), the choice to have the narration be spoken in a mild southern drawl proves to be more of a distraction from the remainder of the content than an enhancement of, or contribution to, the overall audible ambience.

Also, the stage directions as read were occasionally a bit too descriptive and, while required at some points, didn’t seem to be needed at others.

Unlike their previous efforts with “Lion in Winter” and, most recently, “Macbeth”, here Psych Drama, by losing the visual, we do really lose considerable impact part and parcel of the Williams drama.

The narration aside, the remaining characters in the audio drama are exemplary as they explore the Williams apposition of the decline of basic human morality, greed, unbridled versus suppressed sexual desires and even mortality.

The story of "Cat on a Hot Tin Roof" is set in the multi-acre plantation home of Big Daddy Pollit (David Lee Vincent), who is a dictatorial cotton tycoon and patriarch of a malignant family denying (or ignoring) the existence of his affliction with an equally malignant cancer.

Brick (Eric McGowan) is a ‘has-been’ ex-football player who swims in alcohol just to avoid having to share the same space, sleep in the same bed or breathe the same air as his wife Margaret (Wendy Lippe).

Big Mama (Linda Monchik) stops by, praising her little baby boy, Brick, and blatantly alludes that Maggie is childless due to her not being attentive to Brick’s “needs” in the bedroom. The Oedipal tension and, thus, the tension between the two women is fierce and well played by Lippe and Monchik.

Brick, repulsed at the thought of intimacy with Margaret, decides to speak with Big Daddy and, after an ocean of drinks, their conversations run the gamut of life, “mendacity” (untruthfulness) and death.

Through the dialogue secrets mundane, intimidating and outright hurtful are revealed. 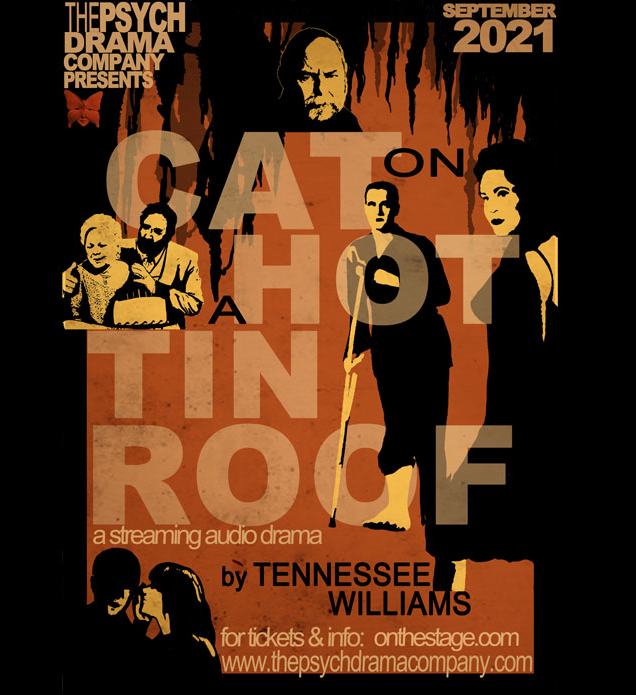 While a bit protracted, the production is still quite impressive and well worth checking out. The convenience of the audio drama also allows for either listening act by act or spending the entire time lost in the world of one of the most corrupt and dysfunctional southern families ever scrutinized.

Other standout performances include Lindsay McAuliffe and Mark Prokes as the scheming and avaricious couple Mae and Gooper.

Like Psych’s sister show, “Macbeth”, the audio drama for “Cat on a Hot Tin Roof” is impeccably designed and  ideal for any classroom use where Tennessee Williams is being explored or for one’s simple own enjoyment and personal use.

The show is approximately three hours with two intermissions.

“Cat on a Hot Tin Roof” is a 3 hour, immersive audio drama adaptation. Presented by special arrangement with Tennessee Williams and Dramatists Play Service. In addition to the feature presentation, there will be a streaming art exhibit during the intermissions (Peter Perrino, Romani Berlekov, Susan Spangenberg & ArtLifting).