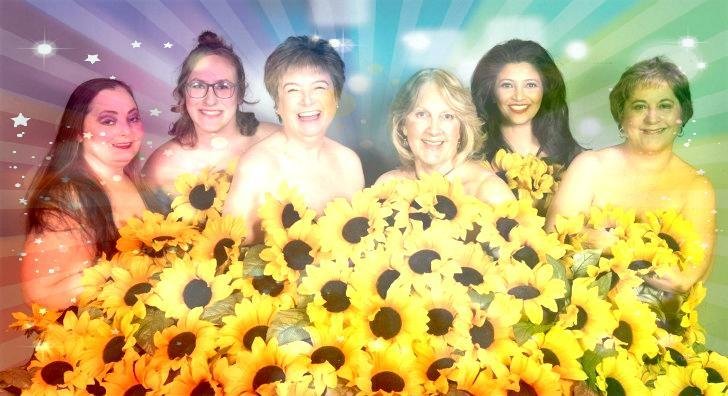 (Cast of "Calendar Girls". Photo Courtesy of the Community Players)

As part of their 99th season, Community Players present Tim Firth’s “Calendar Girls” and it is definitely a play good for all seasons.

“The flowers of Yorkshire are like the women of Yorkshire.  Every stage of their growth has it’s own beauty, but the last phase is always the most glorious.”

What may be perceived as “gimmick” is, under the cautious direction of Pamela Jackson, actually quite tastefully performed as the cast of women (or "The Women of Yorkshire") do bare much on stage, not only in flesh but in emotion.

Coincidentally the stage is also bare. There is a simple large archway outline of a house exterior. Beneath it sits an altar stage center with a weathered piano stage right and a small, old fashioned bench stage left.

All items symbolic of the archaic - as archaic as the ideals expressed by some in the community where these ladies live. It is also, unfortunately, as archaic as is the disease known as Leukemia.

The two-act comedy is based upon a true story.

All members of the Women’s Institute (or the W.I.) the six women featured in the play are charged with selecting the latest annual calendar which helps raise funds for the Institute. But a tragic event occurs which changes the direction of the selection process.

The length of time Annie spends at the hospital waiting room brings to light an issue of a much needed replacement satie sofa for patient families to use while they…wait.

To help raise money, Annie and her friend, Chris (Karen Gail Kessler) convince several of their friends and fellow W.I. members to contribute to the risqué nature of the calendar.

They are inspired to do the calendar after learning how other “girly” calendars, even ones not well made, raise millions of dollars for far less altruistic endeavors.

All these women need is enough money to cover the cost of the satie in John’s name under the auspices of the W.I.

For Annie, she feels it would be John’s final way of making a lasting contribution beyond his death.

They enlist part time photographer, Lawrence (Jacob David Santos) to take the photos for the calendar, which is undoubtedly the funniest scene in the show. While the actresses are unclothed on stage, the nudity is brief, partial and with covertly placed items in front of them obscuring several, uh, “areas.”

During Act Two, the surprising global and media popularity of the calendar shocks the ladies which force them to re-examine their original intent.

The collective performances do not overshadow nor highlight any one actress. The ensemble works extremely well together, comfortable on stage an appearing to be enjoying their time together, clothed or otherwise.

The unexpected fame of the calendar and its publicized intent also yields unexpected letters of support which affect Annie the most as she tries to respond to them personally. This creates greater conflict between her and Chris who seems to relish in the newfound spotlight.

While taking place in England, the use of English accents was minimal by some actresses. As they share the majority of scenes together, Kessler and Carey do also enjoy more stage time together and the relationship and friendship came across as quite genuine.

But the distinct and engaging personalities of the characters played by Price, Tiwari, Martin and Bagaglio also have many moments in which the actresses shine.

It should be pointed out the venue itself was excessively cold. For what purpose is a mystery. No one in the audience took off their jackets. So, the featured actresses should all be given extra props for working ‘under dressed” in these conditions.

Also proper credit should be given to the myriad of engaging costumes used throughout the show by the actresses by director Jackson and Laurea Osborne.

There were some lighting mishaps and a couple of false starts at the beginning of the evening’s performance. Once the show began, however, the actress took control and fully embraced the material. 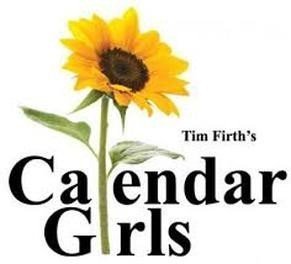