"Barefoot in the Park" by Neil Simon - Gateway Players - REVIEW 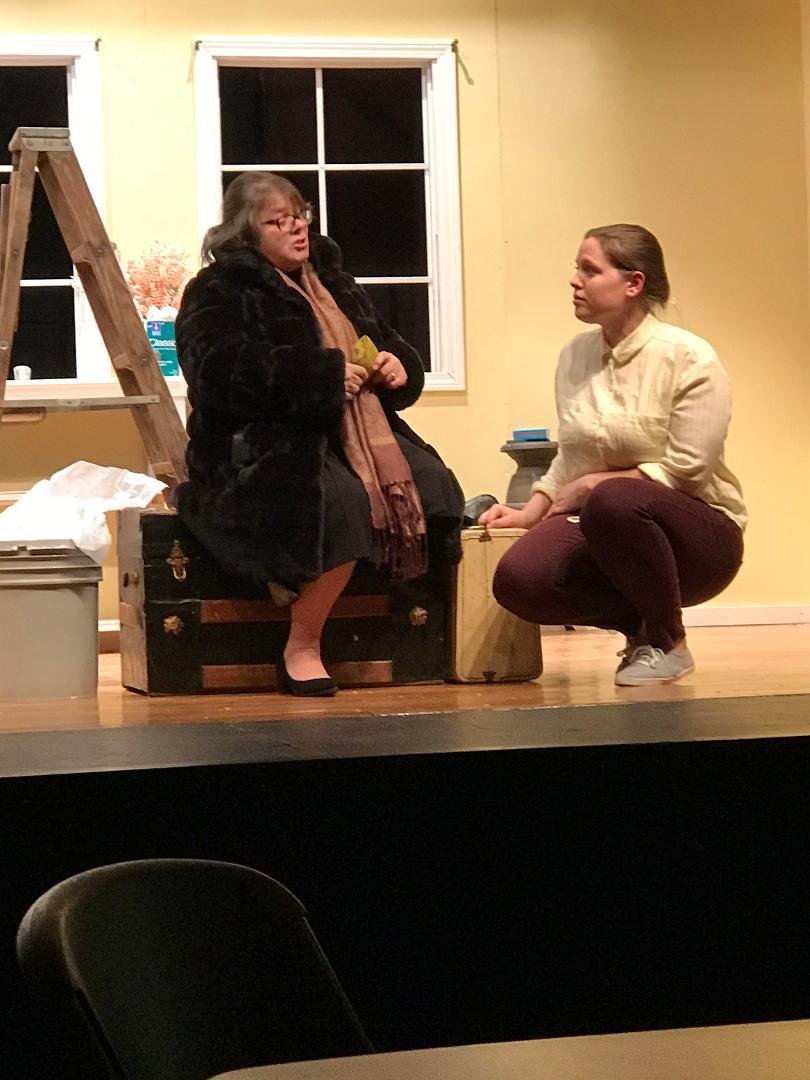 SOUTHBRIDGE: Gateway Players present “Barefoot in the Park” by Neil Simon. Presented by Gateway Players. Performances to be held at the Fellowship Hall of Elm Street Congregational Church, 61 Elm Street, Southbridge, MA. Performances: Feb. 14, 15 at 7:30pm & Feb. 16 at 2:00pm. Tickets are $15 for adults and $13 for seniors and youth under 18. Tickets may be reserved by calling Gateway at 508-764-4531 or order online at www.brownpapertickets.com

Neil Simon’s “Barefoot in the Park” was first staged in 1963 and the Gateway Players prove that, while the world is different today, the show is just as funny as ever.

In the three act comedy, Corie (Hadley Crane) and Paul Bratter (Jason Iannone) are a newlywed couple who have just moved into an apartment on the top floor of a brownstone in New York City.

The two have only been married a matter of days and are only discovering just now how vastly different are their personalities as they move into a top floor apartment in an old townhouse in New York City. While Corie is the more sanguine of the couple as they look toward their happy future together, Paul tends to be the more dour, not sure how the couple will make ends meet in their new surroundings.

To try and give her mother an opportunity to enjoy her own similar happiness, Corie attempts to play matchmaker, setting up her Mother (Gail Riva White) with the couple’s eccentric neighbor, Victor Velasco (Patrick Bracken).

White and Bracken are given some of Simon’s best lines in the show with Bracken displaying a roguish charm as Velasco, which was a fine counterpoint to White as the more reserved Mother.

The play is not at the same level as Simon’s other comedies such as “Odd Couple” or “Sunshine Boys.” There is not one moment where we believe the overall conflict the newlyweds face is insurmountable and not going to be resolved. In some respects, the comedy plays out like an elongated vignette from “Love, American Style.”

The single set was well suited to the sixties time period and the redress from the first and second act was quite efficiently executed.

There were multiple sound effect glitches with a ringing phone. Also, during much of the first act, the cast was in the dark due to some extended shadows from a poorly lit stage. This problem was rectified during the second and third acts but, overall, the full wash of the stage was limited.

What lifts the story from elongated vignette to a higher level is Simon’s trademark writing style and, for the Gateway staging, the adept performances by the entire cast.

Crane, as Corie, gives a strong, thoroughly capable performance as the bright-eyed optimist. Iannone also seemed comfortable as Paul and the duo have fine chemistry.

White was well cast as Corie’s Mother, delivering each line and landing each of Simon’s punch lines as if Simon had her in mind all along when he originally wrote the character.

A supporting performance also worthy of note was Sean Nault as the Telephone Repairman.

While the play is three acts, the time simply flies by thanks to the pleasing Neil Simon characters and the enjoyable Gateway cast.

Show runs approximately two and a half hours with two intermissions.