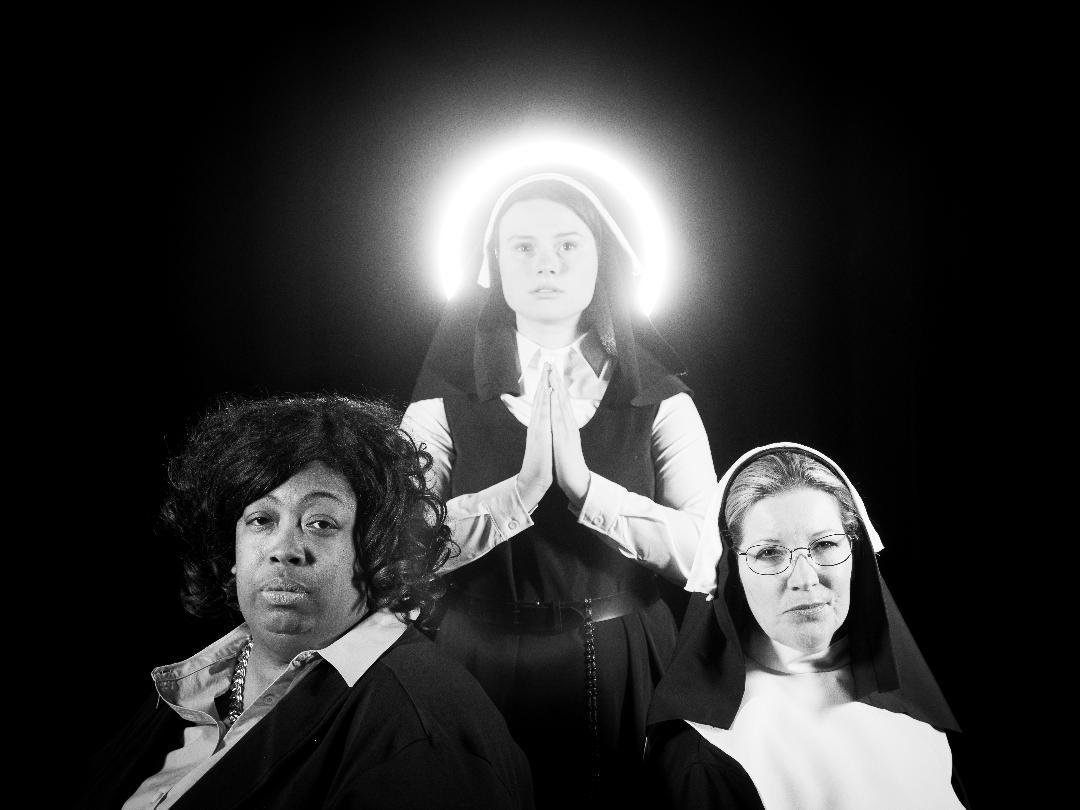 PUTNAM, CT: “Agnes of God” by John Pielmeier. Presented at the Bradley Playhouse, 30 Front Street (Route 44) in Putnam, CT.  Performances: Feb. 22, 23, 28, 29 and March 1 at 7:30pm. All seats are reserved. Tickets are $21.00 for adults and $17.00 for seniors and students. Reservations may be made with a major credit card online at www.thebradleyplayhouse.org or by calling 860-928-7887. Tickets may also be purchased at the theater box office, either before the performance, or at the door if available. Purchasing your tickets in advance is always a good idea.

With “Agnes of God” the Theatre of Northeastern Connecticut at the Bradley Playhouse (TNECT) brings to life the turbulent story of a psychiatrist who is sent to investigate a convent death when a nun unexpectedly gives birth and the baby is murdered.

The intensity of the show stems from its debates between court-appointed psychiatrist Dr. Martha Livingstone (Natasha Darius) and Mother Miriam Ruth (Diane Pollard) over subjects ranging from rape, immaculate conception vs. science, common sense vs. faith, and how all of these relate to young ‘virginal’ novice nun, Agnes (Age Anderson).

As the conversations evolve and the story progresses, the concepts discussed begin to invade the personal life of Livingstone, bringing up her own deep rooted and painful memories.

Written by John Pielmeier, the original play was staged in 1979 and made it to Broadway a year later. By 1985, it was made into a movie starring Jane Fonda and Anne Bancroft.

Agnes is accused of murdering her newborn but claims to remember nothing about having the child or what happened to the infant immediately after it was born.

Martha needs to somehow achieve a breakthrough with Agnes so she will remember, or determine if her entire convenient suppressed memory of the incident is fraudulent.

Miriam Ruth throws up obstacles for Martha at every turn. However, instead of deterring Martha, the doctor instead becomes more adversarial and quite determined to solve the mysteries of not only who killed the baby but also who fathered the child.

The show began very quiet, almost too quiet. The silence in the audience was so omnipresent through the first act you literally could hear a pin drop.

All extraneous sounds emitted were augmented as if microphones were set next to each. The sounds of a person moving around in a seat, arms in leather jackets folding, a chocolate bar being chewed…and most of this was just from the reviewer…but the point is it was awfully quiet, mostly during Act One.

The set design was stunning - several sheer white drapes adorning the stage. Minimal furniture with a small crucifix on a stand along the back wall.

The staging by the show’s director Nicholas Magrey effectively kept the action toward the front of the stage. Lighting was impeccably utilized to highlight some of the action taking place during the more intense moments of the play.

Performances during the first act were a bit uneven and, at times, troubling.

Diane Pollard, as Mother Miriam Ruth, seemed to be having some line issues in Act One but, by Act Two, turned it around and gave a more confident performance.

Natasha Darius, as Martha, was consistent if far too reserved at times. Her subdued energy level would have worked well on film but not on a large stage. As it was, it came across as soft and monotone. But, as with Pollard, this totally reversed as Darius seemed to come alive during the show’s riveting second act.

The most consistent performance of the evening went to Age Anderson as Agnes, the troubled novice nun. She maintained an innocence and conviction to her character which built in intensity and poignancy.

This, combined with Darius's final monologues, made the ending of the show a tearjerker.

Pielmeier's script does not try to overly speculate on more ethereal questions, but exquisitely explores fact versus faith, through two women with diametrically opposed commitments to both.

Can common ground be reached or will truths uncovered prove to be the women's collective undoing?

Due to mature subject matter, discretion is advised for those 14 and under.