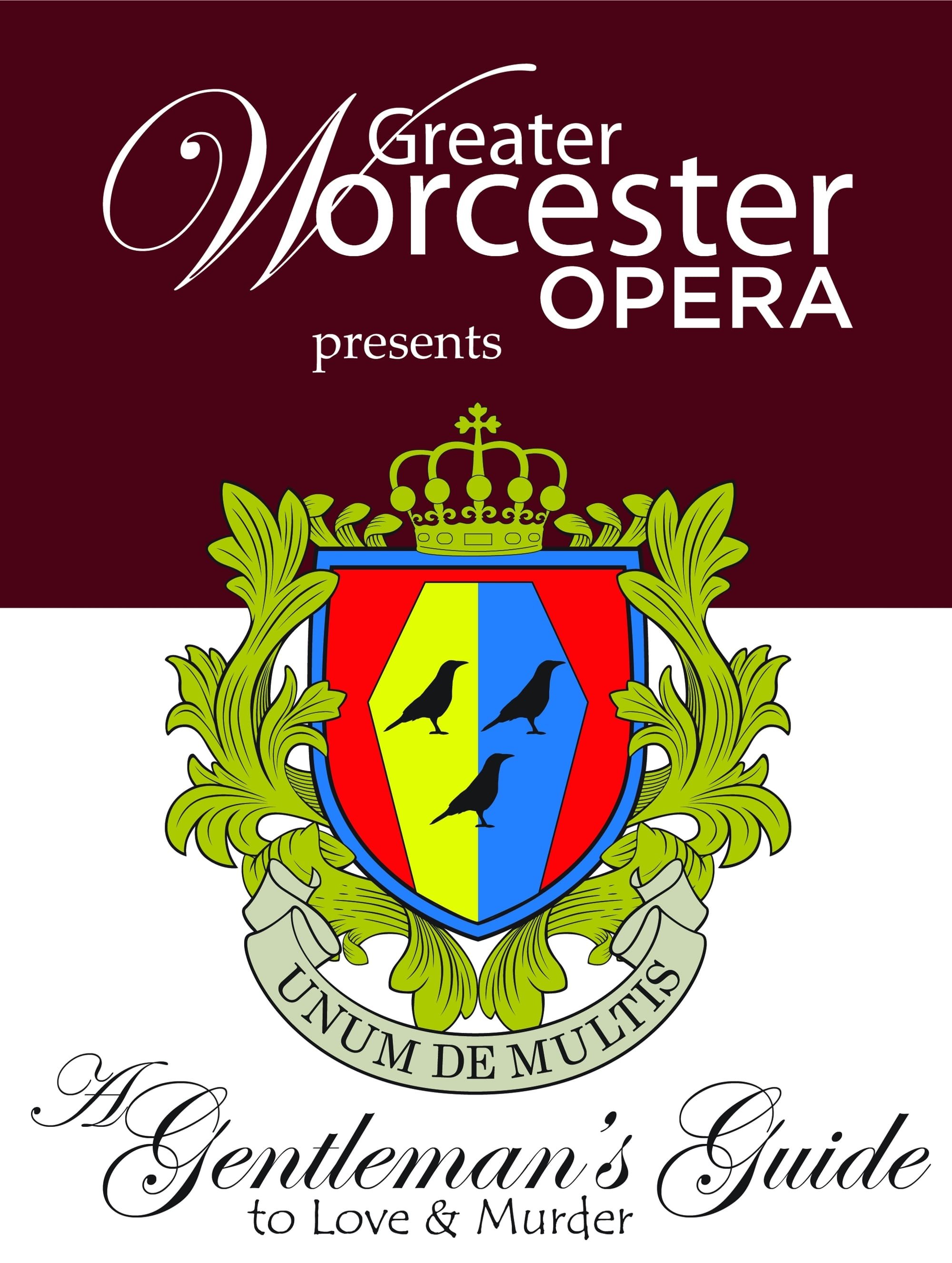 Written By: Robert L. Freedman and Steven Lutvak. Directed by Aldo Fabrizi. Based on a Novel by Roy Horniman. Recording Engineer and Editor Charles Crane. Videographer and Editor Ryan Malyar.

In Greater Worcester Opera’s livestream production of “A Gentleman’s Guide to Love and Murder,” audiences can expect some fine vocal talent befitting such an ambitious undertaking.

The musical farce, with book and lyrics by Robert L. Freedman and featuring a blithe score by Steven Lutvak, is based on Roy Horniman’s 1907 novel “Israel Rank: The Autobiography of a Criminal.”

While COVID-19 restrictions are still affecting many theatres, GWO has taken every responsible precaution in their presentation of this efficient hybrid production (which included recording some of the vocal performances prior to performing live on the Theatre III stage in Acton).

The cast is supported by a vocally strong ensemble, the backbone of most GWO productions.

Monty Navarro (Taylor Lawton) is an impoverished clerk who is willing to commit mass murder in order to prove himself financially worthy of marrying the lovely Sibella Hallward (Paige Fowler). Now, he faces execution.

From his English jail cell where he awaits sentencing for his crimes, Monty writes in a journal explaining in vivid detail how he came to commit the murders.

Monty learns from devilish delight Miss Shingle (Martha Warren) that he is part of the family D’Ysquith and ninth in line to inherit the earldom of Highhurst. Thus, Monty begins to “execute” his plan to surreptitiously eliminate those in line before him.

Warren has a firm grasp on the unscrupulous aspects of her character which helps her dominate in her first number, "You're a D'Ysquith" with Lawton, and in most scenes she is in.

As the remainder of the show exposes Monty’s crimes, we witness the “unfortunate deaths” of the eight D’Ysquiths as they begin to die, one by one, in the most unique and humorous of ways.

Many of Monty’s victims are either vile or morally ambiguous in their own right (perhaps a common D'Ysquith gene), so their deaths yield neither shock nor dismay.

Lawton’s character is on stage throughout most of the show serving as both narrator and morally obtuse anti-hero. With a fine voice, he balances the tightrope walk of Monty’s faults and charm with great aplomb.

Fowler impresses as Sibella and shares many vocal highlights, particularly in "I've Decided to Marry You" a production pinnacle featuring Sibella, Monty, and Phoebe D'Ysquith (Elaine Crane), a cousin Monty describes as being “of the same generation” with whom Monty has also been smitten.

As we wait to see if Monty ends up with Sibella or Phoebe, D'Ysquith family members continue to fall, perilously and hilariously, one after another.

Actors may often play multiple roles in shows, but actor Benjamin Morse is challenged with the task of playing nine pivotal characters in “Gentleman’s Guide” and does so with great ease. The costume design team also fulfills the required multiple costume changes required admirably.

Many scenes are performed with sparse sets which may have been done to allow for increased “space” to maintain within COVID restriction guidelines.

Ample credit belongs to the various collective scenic, lighting, and sound design teams to pull off such an aspirant hybrid production.

This also allowed for some clever staging throughout the show by stage and musical director Aldo Fabrizi, especially in the aforementioned "I've Decided to Marry You" and the number "I Don't Understand the Poor" featuring Lord Adalbert and Paintings.

The one area where this “sparseness” negatively impacts is in the area of actual sets. The minimalized use of quality sets seriously reduced the otherwise mostly elegant ambience of the show.

The show runs virtually at two hours with one 10 minute intermission.