"A Christmas Story" (Musical) - Theatre at the Mount - REVIEW 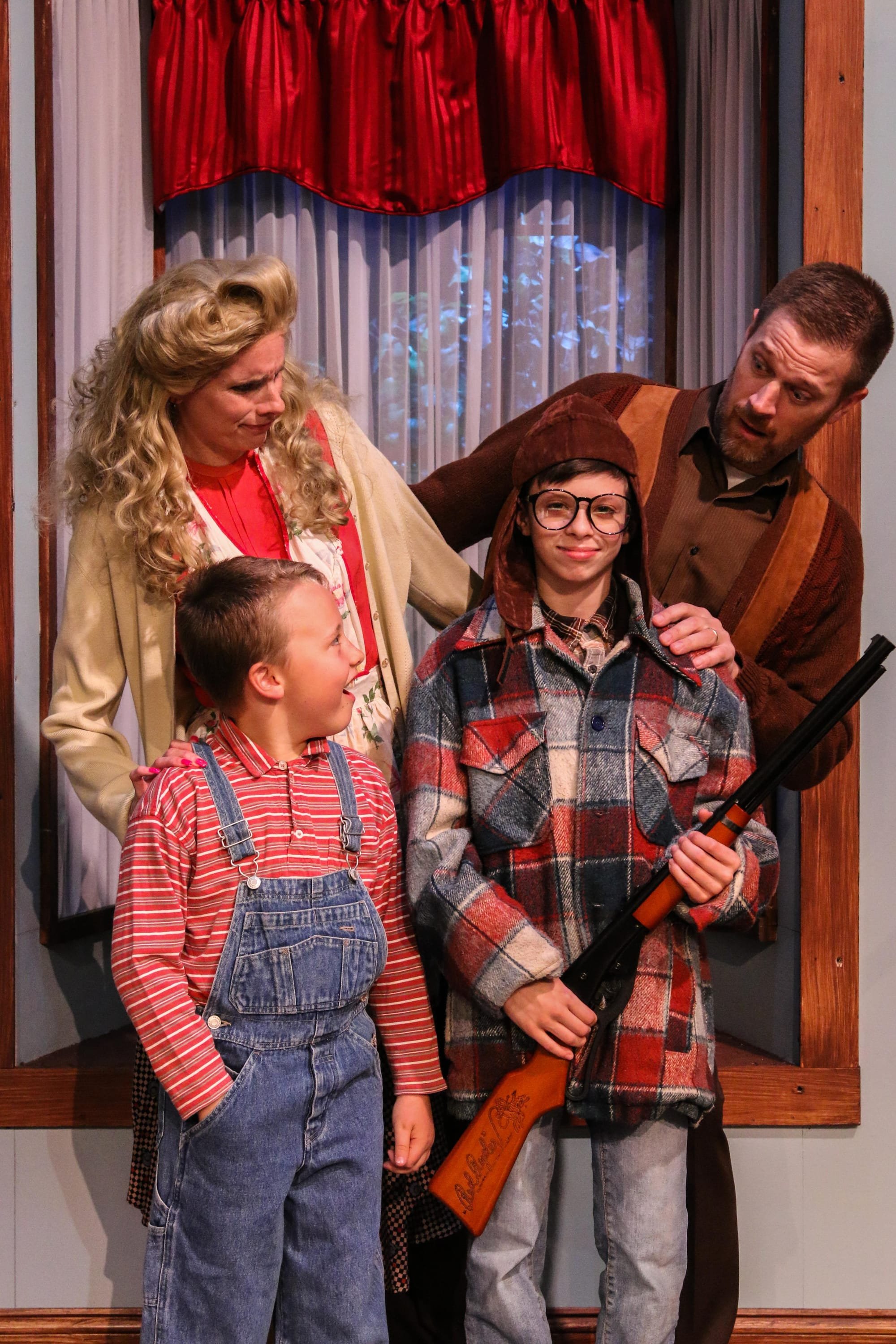 (Cover Photo: The Parker Family in Theatre at the Mount's production of "A Christmas Story". Photo credit: Paige Crane)

Theatre at the Mount (TATM) presents the musical staging of “A Christmas Story,” based on the 1983 Bob Clark film with a dazzling display of lights, costumes and sets but leaving a bit to be desired from the score.

Based on Jean Shepherd's semi-fictional anecdotes from his 1966 book “In God We Trust: All Others Pay Cash,” this stage adaptation features a solid book by Joseph Robinette but a fairly weak score provided by the team of Benj Pasek and Justin Paul.

The book by Robinette, a Tony Award nominee and Drama Desk Award nominee for the show’s libretto, is effective in capturing all the elements of the much loved movie.

The score by Pasek and Paul (Oscar, Grammy, Tony, and Golden Globe Award-winning songwriters also known for their work on “Dear Evan Hansen”) succeeds in not allowing the story to become too saccharine. However, it does not succeed beyond the banal, either.

The story unfolds before the audience primarily through one voice: “Jean,” which is actually Ralphie Parker as an adult (played by Francis Freel) who reminisces about one specific Christmas, in 1940, when he was nine years-old (Ethan Stack plays young “Ralphie”).

Stack does well as young Ralphie and Freel gives a very moving portrayal of the adult Ralphie ("Jean") , waxing sentimental about this cherished memory and how it would ultimately affect his entire life.

Most of the supporting ensemble, adult and young, assumes multiple roles throughout the show, helping to recall Ralphie’s story.

Mike Ross and Dawn Ross also do a fine job portraying Ralphie’s parents, especially Dawn Ross during her melancholy number, “What a Mother Does.”

The orchestra, under the direction of Robert Leahy, never failed to impress but tended to overwhelm the cast during many of the group numbers, including the show’s opener “It All Comes Down to Christmas” and “A Major Award.” Lines were also occasionally lost for some cast not augmented for sound.

Probably the best number within the score is “You’ll Shoot Your Eye Out” sing by Ralphie’s classmates led by Ralphie’s teacher, Miss Sheilds (Caitlin Sausville) which was also well executed by the choreography and cast.

The set design of the Parker home by Jeff Boisseau became another major character in this show. Totally functional, it was effortlessly maneuvered into positions front, back and side, by the stage crew, allowing for seamless set changes which kept the show’s pacing brisk.

Costumes by Doreen Croteau were splendid and seemed to color coordinate with Boisseau’s overall set design.

Based on the performances, and on visual and technical levels, this show is energetic, bright, colorful, with a lot of humor and is deserving of much praise.

If the ONLY negative is in the lack of effort invested by the composers in the show’s score, “A Christmas Story” is still a fine family musical for the holiday season.