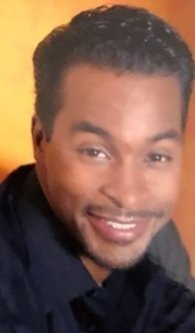 As Troy in August Wilson’s

"Fences” by August Wilson. Presented by the New Repertory Theatre, Mosesian Center for the Arts, MainStage Theater , 321 Arsenal Street, Watertown, MA 02472. Tickets Prices: $25 + Up. Student, senior, and group discounts available. Performances: April 25 through May 17. Times TBA. For tickets and reservations contact the Box Office at 617-923-8487 or visit them in person 12:00pm to 5:00pm Wednesdays through Saturdays at the Mosesian Center for the Arts, 321 Arsenal Street, Watertown, MA 02472 or online at newrep.org.

[WATERTOWN, MA] New Repertory Theatre announces that Ricardo Engermann replaces recently deceased Boston favorite Johnny Lee Davenport, as Troy in New Repertory Theatre’s upcoming production of August Wilson’s Fences. Directed by Benny Sato Ambush, the production runs April 25 through May 17, 2020 in the MainStage Theater at the Mosesian Center for the Arts, 321 Arsenal Street, Watertown, MA. Tickets are $25-$67 and may be purchased by calling the New Rep Box Office at 617-923-8487 or visiting newrep.org. Student, senior, and group discounts are available, as well as free tickets for WIC/EBT cardholders. 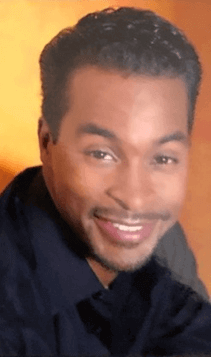 Ricardon Engermann (Troy) makes his New Repertory Theatre debut with this production of August Wilson’s Fences. Mr. Engermann is a 2013 Elliot Norton award recipient for his role as Macedonio in The Elaborate Entrance of Chad Deity (Company One Theatre). Mr. Engermann feels fortunate to have been a part of numerous productions including Much Ado About Nothing (Commonwealth Shakespeare Company), and as Davey Battle in Take Me Out and Balthazar in Our Lady of 121st Street (SpeakEasy Stage Company). He has also been seen at the Lyric Stage Company for several productions including Lobby Hero, The Old Settler and The Liar. Lastly, he would like to thank Wheelock Theatre for allowing him to satisfy his stunt addiction by casting him in a number of shows including Pippi Longstocking (twice), The Phantom Tollbooth and The Wizard of Oz.

In 1950’s Pittsburgh, Troy Maxson supports his wife Rose and their family as a garbageman after his dreams of being a baseball star in the National Negro League were derailed. When his son Cory aspires to earn a football scholarship, Troy’s bitterness about his own failure and high expectations for his son threaten to pull apart their family. In this Pulitzer Prize and Tony Award-winning masterpiece, August Wilson captures a pivotal time in history with his honest portrayal of a family struggling to break racial barriers and support one another with forgiveness and compassion.