Returns to the Main Stage This Summer!

After a two-year hiatus, Reagle Music Theatre of Greater Boston returns for its 53rd summer season on the main stage at the Robinson Theatre, 617 Lexington Street in Waltham, MA, 02452.

Under the direction of new Artistic Director Rachel Bertone, the curtain will rise on two iconic American musicals: 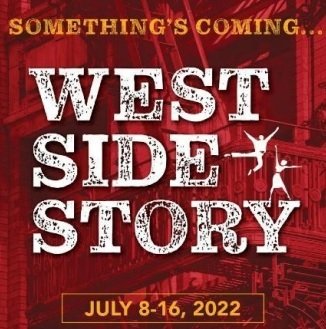 West Side Story, the powerful tale of young lovers caught between prejudice and warring street gangs (July 8-16, 2022) and 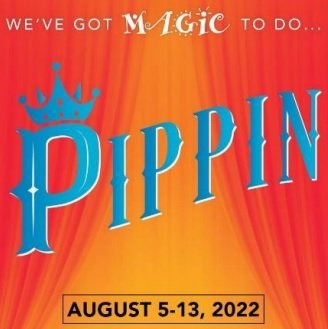 Both productions will be Directed and Choreographed by Artistic Director Rachel Bertone (Cabaret, In the Heights, Carousel), with Music Direction by Dan Rodriguez (The Last Five Years, Little Shop of Horrors, Mame). Linda Chin will continue to serve as Executive Producer through the end of the 2022 summer season.

Tickets can be purchased at www.reaglemusictheatre.org, by calling 781-891-5600, or at the theater box office.

“I am honored to helm Reagle’s first summer season since Bob Eagle and the Board of Directors invested their trust in me as Artistic Director,” said Bertone. “Audiences have come to expect the highest quality, Broadway-caliber productions from Reagle and we are committed to honoring that legacy.

"We are also excited to expand the vision to present emotionally engaging, theatrical experiences that utilize theater as a tool for social change, while engaging a diversity of new audiences and collaborators."

"We welcome our theater community back this summer to join us in exploring universal ideas of adolescence, identity, prejudice, grief, and love.”

West Side Story explores forbidden love and the rivalry between the Jets and the Sharks, two teenage street gangs of different ethnic backgrounds. Inspired by Shakespeare's Romeo and Juliet and set in 1950s New York City, their struggle to survive in a world of hate, violence and prejudice is one of the most innovative, heart-wrenching, and relevant musical dramas in Broadway history.

Based on a Conception of Jerome Robbins; Book by Arthur Laurents; Music by Leonard Bernstein; Lyrics by Stephen Sondheim. Entire Original Production Directed and Choreographed by Jerome Robbins.

A mysterious performance troupe––led by the Leading Player––tells the story of Pippin, a young prince on his search for passion, adventure, and meaning. He seeks it in the glories of the battlefield, the temptations of the flesh, and the intrigues of political power.

In the end, though, Pippin finds that happiness lies not in extraordinary endeavors, but rather in the unextraordinary moments that happen every day.

The score (by Wicked and Godspell’s Stephen Schwartz) includes “Magic to Do,” “Corner of the Sky,” “Simple Joys,” and “No Time at All.”

Reagle Music Theatre of Greater Boston's mission is to present the highest quality of musical theatre productions by combining talented regional performers with professional performers and technicians, thus providing an unusual learning experience for its regular members and more enjoyable experiences for its audiences. Reagle Music Theatre is committed to using the skills of its company to strengthen and enhance teaching and learning in the Waltham Public Schools by educating youth to the joys of theatre, and by using theatre techniques to enhance learning in other curriculum areas. Our offerings include musicals, concerts, revues, educational programming, New York theatergoing trips, and more.