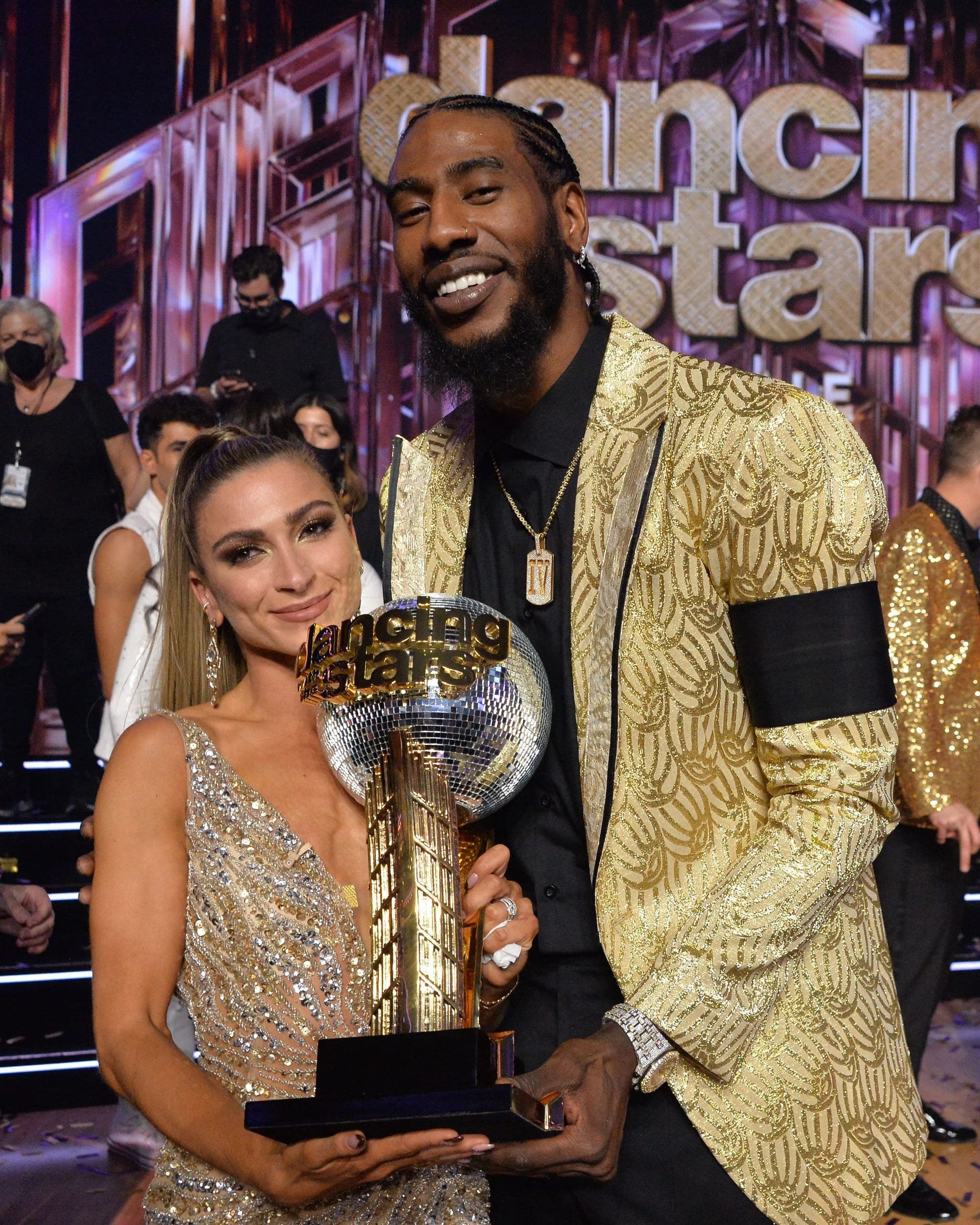 Dancing with the Stars

America’s favorite dance show is coming back with “Dancing with the Stars – Live Tour 2022!”

Joining the tour in Boston are "Dancing With The Stars" Champions Kaitlyn Bristowe (Season 29) and Iman Shumpert (Season 30), along with celebrities Jimmie Allen and Amanda Kloots!

These fan favorites will be bringing ALL their Mirror Ball-worthy moves!

Guest stars will be joining your favorite dancers from this iconic television series and hitting the stage this winter with an ALL NEW SHOW.

"DANCING WITH THE STARS LIVE!" returns to Boston, continuing its legacy of performing show-stopping routines alongside new numbers choreographed just for the live show ranging from the time-honored dances of the Cha Cha, Foxtrot, Salsa, Tango - and everything in between.

In this latest North American tour, audiences will have the opportunity to experience the excitement, glamour and glitz they see in the ballroom every Monday night live in their hometowns.

What you WILL see on the tour?

You will also see dance pro winner of DWTS 30th season's highly sought "Mirror Ball Trophy,"  Daniella Karagach ("DK"), who spoke with METR Magazine from the road. She partnered with professional basketball player Iman Shumpert who became the first NBA player to make it to the DWTS finale and win. 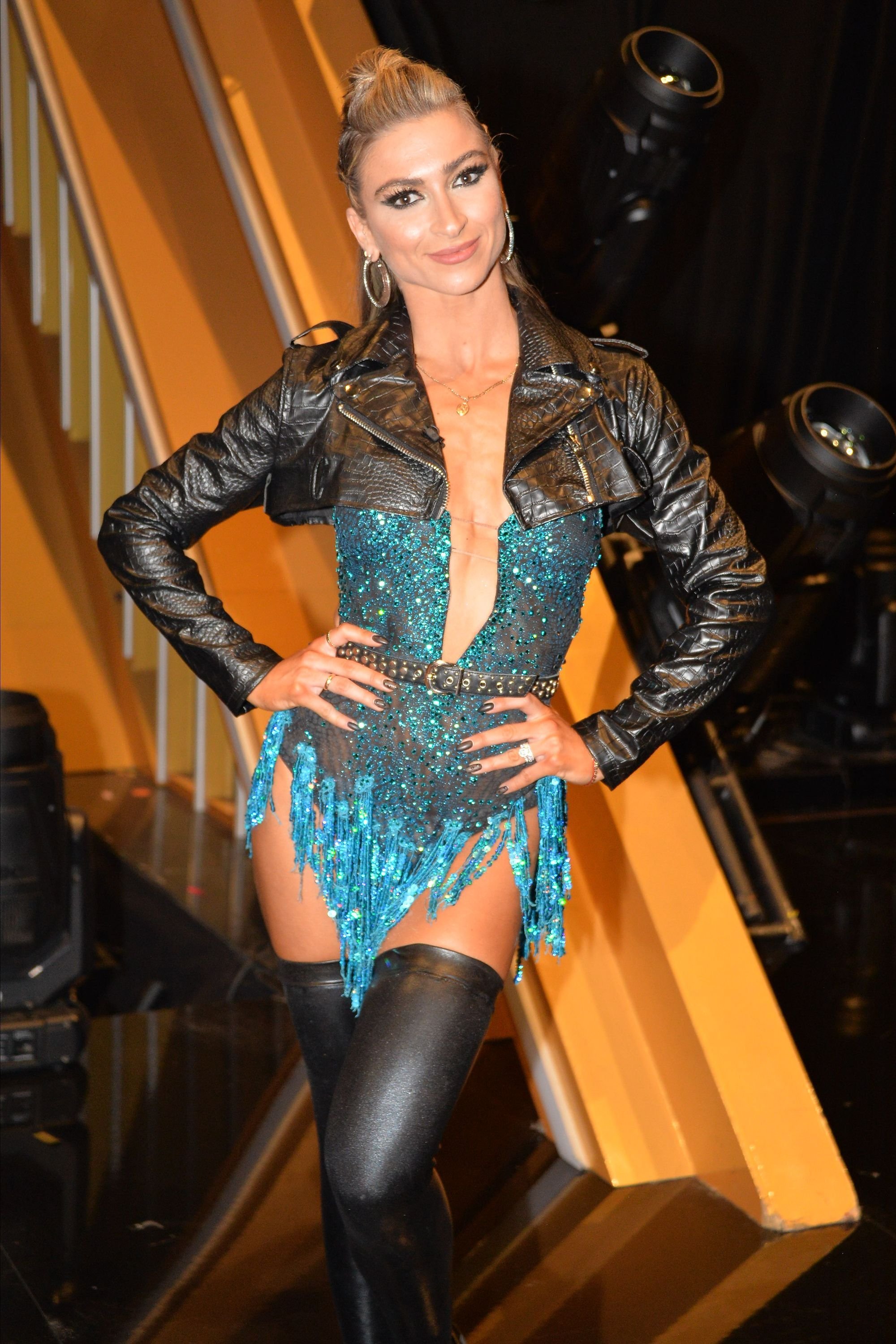 Q – You are coming off a winning season with DWTS – Congratulations - Your first Mirror Ball trophy – Can you recall how that moment and how you felt when they announced you and basketball pro Iman Shumpert had won?

DK: We were up against so many celebrities who were technically trained dancers (or at least had some dance training). To go up against such amazing dancers we didn’t have any expectations - We just stuck with what we did best which was to entertain. It truly was just the most amazing feeling. All of Iman’s hard work paid off. To see him truly commit and then to win was just greatly satisfying.

Q – Since 2009, you and your husband Pasha Pashkov (married in 2014 and now traveling together on the current DWTS 2022 tour) are seven-time United States 10-Dance Champions and Latin Champions. Is this correct?

Q – You started off as part of the DWTS troupe in 2019 but then moved into a pro position in 2020 partnered with American rapper, singer, and entrepreneur Nelly. Is that correct?

Q - Had you even seen the show DWTS prior to becoming involved?

DK: Of course. A lot of my friends have been part of the show and my coach Shirley Ballas (Judge on the BBC TV show "Strictly Come Dancing" and mother of DWTS Two Time Mirror Ball champion Mark Ballas) – so I watched the show.

Q– Has the show ever thrown a style at you for which you felt you literally had little or no exposure?

DK: Never. All the dance pros are ready for anything and are more than qualified for whatever is required.

Q– The first week you danced the Jive to Outkast's "Hey Ya!" Before that initial dance, the noticeable height discrepancy between you and Iman had some viewers going, “Oh, my - this is going to be a train wreck” having seen on past competitions when an exceptionally tall sports figure comes in and moves like Frankenstein. Yet, Iman blew everybody away with his surprising natural rhythm and nice fluidity of movement for someone so tall. Did you catch this early on in your first rehearsals?

DK: Yes. On the first day when we met, I tried out some things to see what his body could do. Whatever he did that looked good, we focused ourselves in such a way as to capitalize on his natural swag and where he felt comfortable.

Q– With a Mirror Ball win with Iman, and before that, achieving third place with Nelly, you were lauded by judges for taking what might have appeared to be your partner’s limitations or disadvantages and turning them into advantages. Can you briefly describe what inspired this approach because it seems like there’s more to it than this. You, personally, also performed some amazing acrobatic feats with the 6’ 5” Iman. There had to have been a great deal of trust involved.

DK: For sure. I think a lot of people thought we weren’t going to make it as far as we did. But, as his partner, and after seeing how much he wanted it and how much he wanted to improve, we never gave up. It is a process of seeing and working with each other every day - every day we had a good time learning - and seeing him wanting to learn was the cherry on top that which always inspired me to help him more.

Q– I believe there was a sense for a number of viewers that this was (American dancer, singer, and YouTube personality) JoJo Siwa’s "contest to lose" as she (with dance pro partner Jenna Johnson) appeared to be favored by many since week one. However, much due to your skilled choreography, here you two come from - not just second place but - seemingly from far out of left field to win. What was the reaction by your fellow dance pros and beyond that – what was the most surprising acknowledgement you received of your achievement? Have any fellow choreographers reached out to compliment you on your win?

DK: I have to say everyone was genuinely happy for us. We (both the pros and celebrities) are always very supportive of one another because we all know how hard it is. We support each other and the pros are always genuinely happy for one another. As the cameras showed, when we won, there were people who were crying because they were so happy for us. A lot of celebrities reached out after. People I didn’t even think watched the show turns out they watched the show. Denise Richards, Shay Mitchell, Missy Elliot (among others) – the response was really amazing.

Q– Let’s talk about the tour – Is the show comprised just of routines from the past season or are there some all new routines? What sort of things can audiences expect to see?

DK: There are a lot of solos this years, some duets, most of the show is brand new. Lots of people joining us (as special guest stars) on the tour.

Q– In your overall association with DWTS, what accomplishment are you most proud of and what has been the best part of the experience for you (both on the show and on tour)?

DK: Personally, even working with someone who has little dance experience means to really commit and Iman really committed to whatever I threw at him - And, to watch him grow from not knowing one movement to the next to being able to watch him hold that (Mirror Ball) trophy, it shows that it is never too late to start dancing, never too late to strive for a goal. He was the perfect example of what you can do when you set your mind to do something and what you can accomplish when you work hard to achieve that goal.

Q– After 30 seasons the show is still engaging and still has a huge loyal fan base - What do you hope audiences come away with after seeing this new DWTS 2022 tour?

DK: I hope they are going to be inspired and will want to tune in and see us having a great time. The numbers are really hard and also really entertaining and I hope it will inspire new people to watch the show.

Thank you very much for your time Daniella. Best wishes for continued success.

(The Dance Pros of the new "Dancing With the Stars Tour 2022 Live!". Photo Courtesy of ABC)

WHAT: Dancing with the Stars: Live Tour 2022

Tickets available at the Boch Center Box Office, www.bochcenter.org, by phone at 800.982.ARTS and via Ticketmaster.