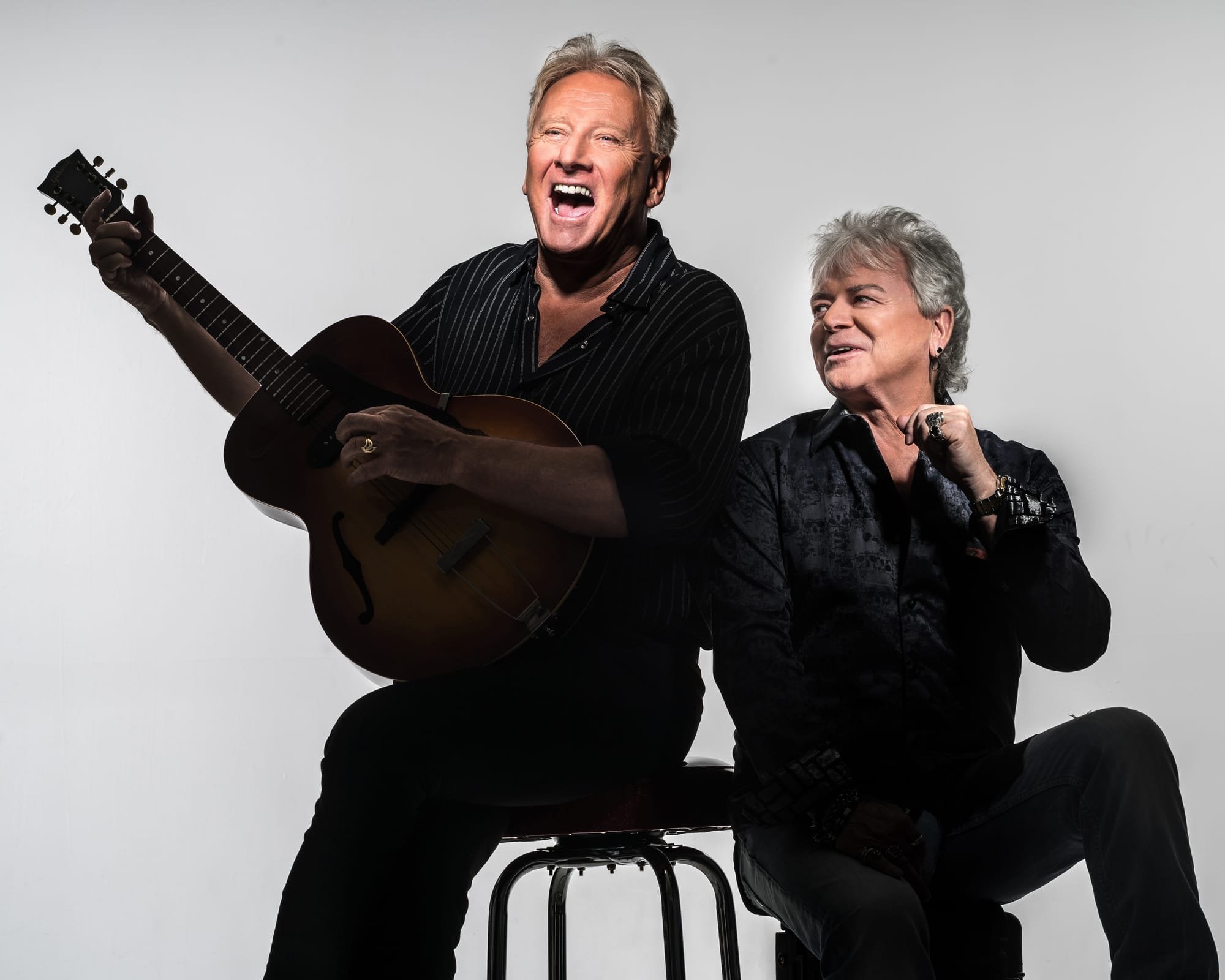 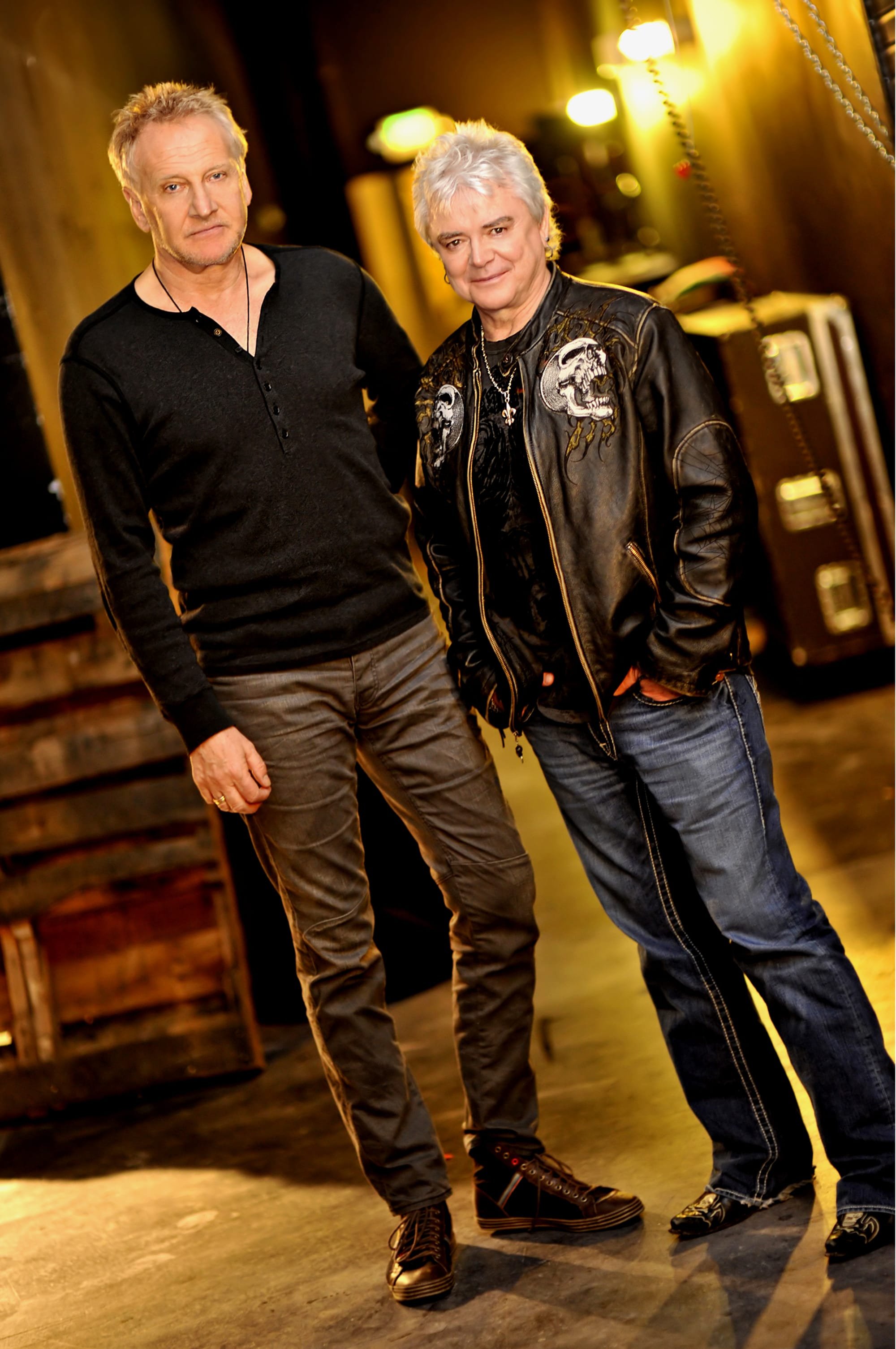 Appropriate for all ages

“Air Supply” at the Hanover Theatre for the Performing Arts (Worcester)

"Air Supply: Lost in Love Experience" Presented at the Hanover Theatre for the Performing Arts, 2 Southbridge St., Worcester. Performance: Saturday, February 07 at 8:00pm. Tickets are $29.50, $49.50, $69.50 and $125 depending on seat location, with VIP packages available. Discounts are available for theatre members and groups of 10 or more. Contact the box office at 877.571.SHOW (7469) for more information.

With a career spanning over four decades, Lord Graham Russell and Lord Russell Hitchcock met on May 12, 1975, at rehearsals for "Jesus Christ Superstar" in Sydney, Australia. They became instant friends with their common love for The Beatles and, of course, singing. Since then, the duo continue to perform worldwide, with over 130 concerts annually, and just marked their 5,000th concert in Las Vegas.

In 1980, "Lost in Love" became the fastest selling single in the world, leaping to the top of all of the charts, and was named Song of the Year. Seven top-five singles later, Air Supply at that time had equaled The Beatles' run of consecutive top five singles. The albums “Lost in Love,” “The One That You Love,” “Now & Forever” and “The Greatest Hits” sold in excess of 20 million copies.

The trademark sound of Russell Hitchcock's soaring tenor voice and Graham Russell's simple yet majestic songs created a unique sound that would forever be known as Air Supply.

Q – It has been reported that you and Russell Hitchcock met during an Australian run of Andrew Lloyd Webber’s musical, “Jesus Christ, Superstar” and became instant friends. Is that so?

GR: Yes. That was back around ‘75 – We spent 18 months touring in Australia and New Zealand. I learned so much from the experience, about working with and respecting other actors – It was a great experience.

Q – The style of “JC Superstar” has been dubbed ‘arena rock’ – Now, Russell’s vocal ability would seem to have been well suited to that style – When did you first hear him sing and what was your reaction when you discovered Russell’s vocal range seemed to have no apparent ceiling to it?

GR: Almost instantly. We didn’t really know each other at first. But, we were at a vocal rehearsal for one of the big group songs in “Superstar" and he sat near to me. And…there was a bunch of people singing along with this big “Superstar” number but his voice just cut through all of them like a knife. I looked over right at him and knew right there that this was a guy I wanted to work with.

Q – So it was at this point you and he began collaborating?

GR: Yes. Well, we formed a little duo. We went to clubs, got up an act, built it all up - and then we got ourselves a great reputation for being a good act with good harmonies. We were very unique and we found we worked really well together.

Q – I’m sure most people attending shows like at the Hanover know a lot of Air Supply hits by heart. Your writing/arrangements for Air Supply have always seemed like a wonderful marriage of both composition and execution. To what do you attribute this success?

GR:  Oh, a lot of things. We (Russell and I) were thrown into 'super stardom' quite suddenly. As such, we learned a lot about the worlds of theatre and rock and roll. I mean, we were opening for Rod Stewart. It really was like the universe gave us a ‘crash course’ in theatre and rock and roll. Just being with Rod on tour was a fantastic experience. He was always professional, always on time. Same when we were in “JC Superstar” – I just learned so much about professionalism from these experiences. It was almost like a spiritual experience at times.

Q – Many of your songs have a certain optimism to them - an almost ethereal or spiritual nature in some cases. I’m sure fans and those attending the Hanover Theatre show on February 7th would like to know: In the songs you contribute, is that a conscious part of the writing process for you or is it just a case of let’s start here and see where this melody or lyric takes us?

GR: Yes, that’s it exactly. I was never formerly taught music – but over the years i learned and I do live a very spiritual life and I like to think that gets reflected sometimes in my music.

Q - In fact, some of the Air Supply songs could almost be considered theatrical in nature, like your own composition, “The One That You Love” or the song, “Making Love Out Of Nothing at All” produced by Jim Steinman. That was one of your biggest hits and Steinman actually used it in the recent “Bat Out of Hell the Musical." You had been working on a musical of your own, “All Out of Love." Can you go into that a little bit? I understand it had a decent run in Manila but has not yet moved to other venues including Broadway.

GR: Yes, it did well in Manila. It began its run there and now I heard it is going to be brought back up to Calgary in Alberta. Lots of Air Supply songs, but you know I loved ALL theatre. When I was growing up, I listened to Rogers and Hammerstein shows and really enjoyed them – With (“All Out of Love”) it’s a bit like  coming around full circle.

Q – Are there other musicals or independent projects you, personally, are currently working on outside of “All Out of Love”?

GR: Oh, sure. I just completed the music for a show called "A Wall Apart" in Salt Lake City – "James the Many",* and I'm still working on a new one, "Dead Certain," which is like a "Rocky Horror Show," I wanted to do something kind of funny.

*Editor’s Note: “A Wall Apart” featured a book by ‎Sam Goldstein and Craig Clyde and ran from August 15 through September 7, 2019 at the Grand Theatre in Salt Lake City, Utah. The production was to help commemorate the 30th anniversary of the destruction of the Berlin Wall. “James the Many” was presented at University of Michigan in January, 2018.

Q – With the two of you on opposite sides of the coast (note: Russell Hitchcock resides in Georgia), it must be tricky sometimes to get together and coordinate tour schedules. What is the relationship with Russell now? How many tour dates do you still do a year? Do you also tour or perform independently of one another? If so, what is usually the audience reaction? Do they wonder where the “other guy” is?

GR: Well, we never make long range plans but, we still do 130 shows a year, which is quite a lot. It (our relationship) is still quite good in many aspects. We still love to play together. As for being on separate coasts, well, we both like being away from the maddening crowd of New York and Los Angeles. So, we still enjoy seeing one another when we go out on tour.

Q – Is there one Air Supply song that is special for you, personally? I mean, is there one that seems to best represent both the partnership and collaborative relationship you two have had all these many years?

GH: Oh, great question. I think it has to be “All Out of Love" and for so many reasons. It was so successful a song and in many ways. I mean, it still gets played – five million times on American radio. But it also successfully reflects our relationship in the making of the song. I remember when we were going over parts there was one section I wasn’t sure I could sing - But Russell sort of said ‘you can do it’ so I did and it all worked. So, that song is, and has, the BOTH of us in there. And that’s just the way it goes. We both make all the decisions together.

Q – Final question: What’s next for Graham Russell, with or without Air Supply? You already addressed part of it with your theatrical work, but what else do you have planned?

GR: Well, definitely more theatre. I would like to continue working in that genre of musical theatre. But I’ve got a number of projects I am working on, so I keep myself busy.

Graham Russell also mentioned Air Supply was planning to go to Australia where the duo will be participating in a fundraiser for a charity to aid the animals affected by the recent continental fire tragedy. According to the Associated Press, about 12.35 million acres of land burned across Australia.

Thank you very much for your time Graham. Best wishes for continued success. 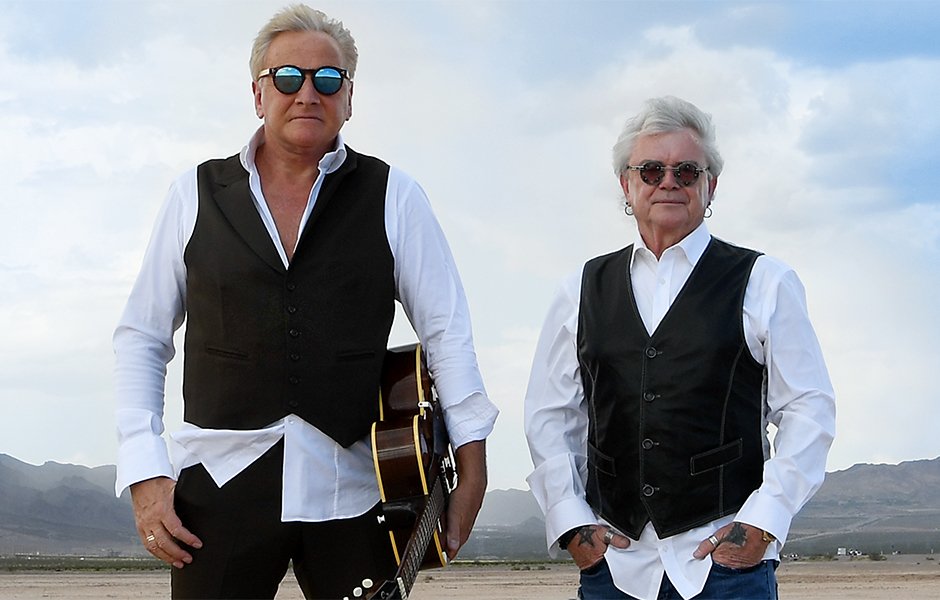 One premium reserved seat in the first 12 rows