This brainy, 90-minute comedy about gardening and global warming blows into the Calderwood Pavilion starting August 27

BOSTON: The Huntington announces the cast and creative team of its first production of its 40th anniversary season, Hurricane Diane by Pulitzer Prize finalist Madeleine George and directed by Jenny Koons, running from August 27 to September 26, 2021 at The Huntington’s Calderwood Pavilion at the BCA.

The first performance of Hurricane Diane on August 27 will mark The Huntington’s return to live, in-person performances, 538 days since audiences were last welcomed to a Huntington performance.

In the suburbs of the Garden State, the Greek god Dionysus returns from the heavens in the guise of a lesbian landscaper named Diane who is described as a “butch charm factory.”

Hell-bent on reversing climate change and restoring earthly balance and order, Diane plots to seduce four suburban women into letting their passions, as well as their well-manicured lawns, run wild.

Called “an astonishing new play” and a Critics’ Pick by The New York Times, “hilarious, shattering, and full of keen observation” by New York Magazine’s Vulture, and “an enjoyably bonkers comedy” by San Diego Union Tribune, this Obie Award-winning, brainy comedy about gardening and global warming was first commissioned and produced by Two River Theatre in Red Bank, NJ in 2017 and then performed Off Broadway at New York Theatre Workshop in 2019 and at The Old Globe in 2020.

“Hurricane Diane is at once like a sitcom and a Greek tragedy,” says playwright Madeleine George. “And Diane is at once a lesbian separatist landscape gardener from Vermont and the god Dionysus in disguise. She's on a mission to try to save the world from the wages of climate change through human stupidity and self-protection – and she's trying to do it one desperate housewife at a time.”

“Hurricane Diane is a raucous, hilarious story about how we as humans relate to the world around us and how we relate to change,” says director Jenny Koons. “And it feels like this story is perfect for the moment we're in.”

The cast of Hurricane Diane features (in alphabetical order) Esme Allen (Much Ado About Nothing, The Cherry Orchard with Actors’ Shakespeare Project) as hard-edged and proper Carol Fleischer, Huntington regular Marianna Bassham (Sweat, Romeo and Juliet at The Huntington) as poor Beth Wann whose husband recently up and left, Jennifer Bubriski (To Kill a Mockingbird at Umbrella Center for the Arts) as boisterous dynamo Pam Annunziata who loves animal prints, Rami Margron (Hurricane Diane at the Old Globe, Love’s Labour’s Lost Off Broadway) as the eponymous, force-of-nature Diane, and Kris Sidberry (All American Girls Off Broadway, The Cake and Intimate Apparel at the Lyric Stage) as Renee Shapiro-Epps, an ambitious executive at HGTV Magazine.

The action takes place around the identical kitchens of the friends and neighbors in the cul-de-sac as they gather over coffee or wine for gossip and camaraderie. The design team of Hurricane Diane will each make their Huntington debut with this production: scenic design is by Stephanie Osin Cohen (This American Wife at New York Theatre Workshop, Men on Boats at Baltimore Center Stage), costume design is by Hahnji Jang (Pan Asian Repertory Theatre, Men on Boats at Baltimore Center Stage), lighting design is by Jen Schriever (Grand Horizons, What the Constitution Means to Me on Broadway), and sound design is by Ben Scheff (Cirque du Soleil, Red Roses, GreenGold Off Broadway). The production stage manager is Emily F. McMullen and the assistant stage manager is Jamie Carty.

Jenny Koons (Director) is a theatre director and organizer. Her theatre projects include Now Becomes Then (Actors Theatre of Louisville), Men on Boats (Baltimore Center Stage), Speechless (New Blue Man Group North American Tour), A Midsummer Night’s Dream (The Public Theater Mobile Unit), Burn All Night (American Repertory Theater), Gimme Shelter (Why Not Theatre, 2015 Pan Am Games commission), and A Sucker Emcee (National Black Theatre, LAByrinth Theater Company). Jenny was the 2017 curator of the Encores! Off-Center Lobby Project, co-curator of the 2016 ThisGen Conference, and co-founder of Artists 4 Change NYC (National Black Theatre). She has been a facilitator and educator in creating anti-racist spaces and engaging in conversations around race and equity for over a decade, in both non-profit and artistic spaces. She is a steering committee member of The Ghostlight Project, founded and leads Let’s Talk About Hard Stuff, an AAPI anti-racist affinity space, and is co-author of the open letter to the Biden/Harris administration demanding cabinet-level representation for arts and culture. 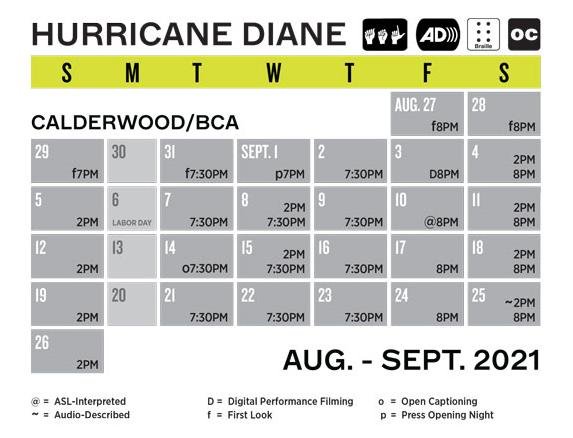 Running time: 90 minutes with no intermission

Tickets to in-person performances and to a digital recording of the performance start at $25. Season ticket packages and FlexPasses are also now on sale:

Tickets are $20 for each patron and their guests. To reserve tickets please email access@huntingtontheatre.org, call ticketing services at 617-266-0800, or in person at the Calderwood Pavilion at the BCA, 527 Tremont Street, South End, Boston. Accessible performances are supported in part by the Liberty Mutual Foundation.

The Huntington is committed to providing safe and healthy venues for our audiences, artists, staff, and community.

Based on CDC and state guidelines, our safety protocols currently include daily sanitization and improved air filtration and ventilation, and may include mask wearing, contact tracing, staggered arrival times, social distancing, and more.

Our specific policies and protocols are evolving and subject to change, but will be communicated clearly to ticket holders in advance of their performance.

Anyone not complying with safety protocols will not be admitted. The Huntington encourages any patrons who feel ill, or test positive for COVID-19, to please refrain from coming to the theatre, and to contact tickets@huntingtontheatre.org to exchange their tickets into another performance or to a digital option.

Celebrating its 40th season, The Huntington is Boston’s theatrical commons and leading professional theatre company. On our stages and throughout our city, we share enduring and untold stories that spark the imagination of audiences and artists and amplify the wide range of voices in our community. Committed to welcoming broad and diverse audiences, The Huntington provides life-changing opportunities for students through our robust education and community programs, is a national leader in the development of playwrights and new plays, and serves the local arts community through the operation of The Huntington Calderwood/BCA. Under the leadership of Managing Director Michael Maso, The Huntington is currently conducting a transformational renovation of the historic Huntington Theatre, a storied venue with a bold vision for the future, which will allow us to innovatively expand our services to audiences, artists, and the community for generations to come. For more information, visit huntingtontheatre.org.