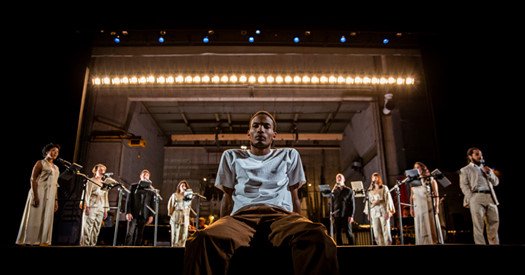 "Triptych (Eyes of One on Another)" -

TRIPTYCH
(EYES OF ONE ON ANOTHER)

FEATURING ROOMFUL OF TEETH
COMPOSED BY BRYCE DESSNER (THE NATIONAL)

Triptych (Eyes of One on Another) is the daring collaboration of a group of visionary artists working together for the first time, inspired by and featuring images from Robert Mapplethorpe’s stunning body of work.

Thirty years after Mapplethorpe’s death, the world still cannot turn away from the magnetism and emotional complexity of his influential photographs.

Composed by Bryce Dessner (guitarist for GRAMMY Award–winning band The National), featuring libretto by korde arrington tuttle and poetry by Essex Hemphill and Patti Smith, and sung by the eight-person choral ensemble Roomful of Teeth, Triptych is a once-in-a-lifetime collaboration of artists and art forms.

Mapplethorpe’s uncanny ability to upend beliefs on race, gender and politics in both edifying and reckless ways is celebrated and examined here through haunting, unforgettable music and large-scale projections of his work.

Triptych is a bold tribute to one of the most brilliant photographers of the 20th century.

The Cutler Majestic Box Office is open during performances only.

*If traveling via the MBTA, please consider allowing extra time to get to the theatre due to some station closures and service adjustments in the nearby area. For full details on all MBTA service adjustments, please visit https://www.mbta.com/alerts. 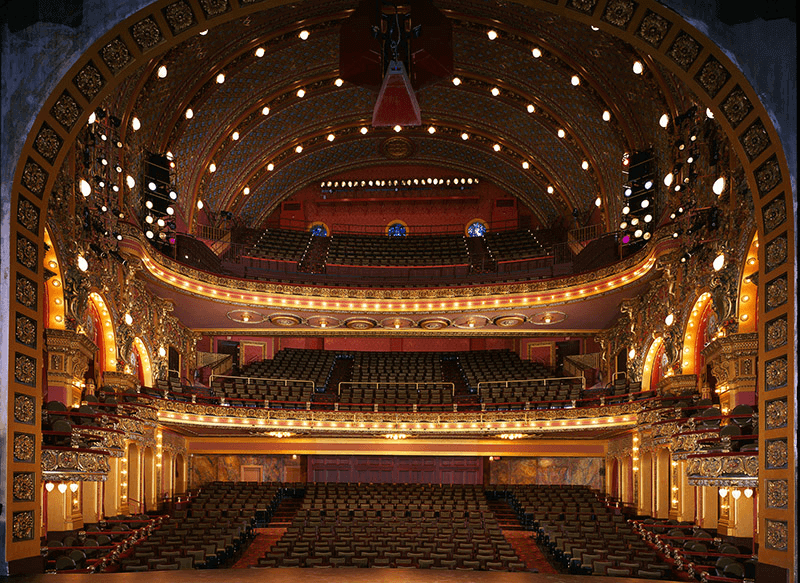 Built in 1903 as the second performance venue in Boston’s historic Theatre District, the elegant architecture and impeccable acoustics of the Majestic were originally intended for opera performances. Over the years, the facility was also used for theatre, vaudeville and even movies. When Emerson College purchased the property in 1983, the building had severely deteriorated. After a magnificent restoration, made possible by Ted and Joan Benard-Cutler, the Cutler Majestic Theatre reopened in 2003 and now serves the Boston community by showcasing first-class performing arts groups in its exquisite 1,186-seat auditorium. Recognized as a Boston Historic Landmark, the Cutler Majestic combines state-of-the-art theatre facilities with old world charm.

Late arrivers will be seated at the discretion of the House Supervisor. The Late Policy is set by the artist(s), their production personnel, and the House Supervisor, and vary for each performance. Please allow enough travel time to arrive, accordingly.