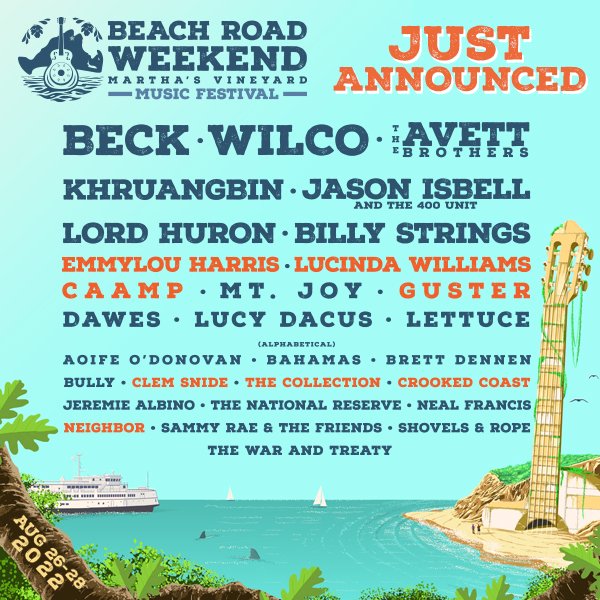 The festival also secured additional hotel packages from the festival, including several on the Cape. The hotels on the cape come with a shuttle service to take guests to the ferry each morning of the festival, and then take them home after the last show.

The festival also announced a new round of hotel packages, including several options on Cape Cod.

Tickets and hotel packages are on sale now at BeachRoadWeekend.com.

These artists have won more than 35 Grammy’s between them, have put out dozens of gold and platinum albums and played nearly every major music festival in the United States.

“The perfect summer getaway just got even better with an incredible one two punch of Emmylou Harris and Lucinda Williams,” said Adam Epstein. “Add in Caamp and Guster and this is a dream vacation for music lovers on one of the most beautiful islands in the world.”

There are new rooms available on the island at Lambert’s Cove Inn, The Christopher, The Richard, Edgartown Inn, and The Sydney. Beach Road Weekend is also expanding hotel offerings to Cape Cod with room packages available at Autocamp, Holiday Inn Falmouth, and Sea Crest Falmouth.

Fans will find several dramatic improvements that will enhance access to Beach Road for mainland visitors, and to make the experience of seeing the bands in Veterans Memorial Park in Tisbury better than ever.

Based on feedback from Beach Road Weekend 2019 attendees, all reserved seating has been removed. General Admission ticket buyers will be able to get right up in front of the stage.

For Beach Road Weekend 2022, fans will be able to choose either General Admission, or the VIP Beach Club package.

The General Admission Plus packages (including access to an exclusive area with air conditioned restrooms, complimentary WI-FI, and a shaded “Chill Zone”) have all sold out.

General Admission packages are available now for $275 at BeachRoadWeekend.com.

A limited number of Single day passes will be available at a date to be announced. 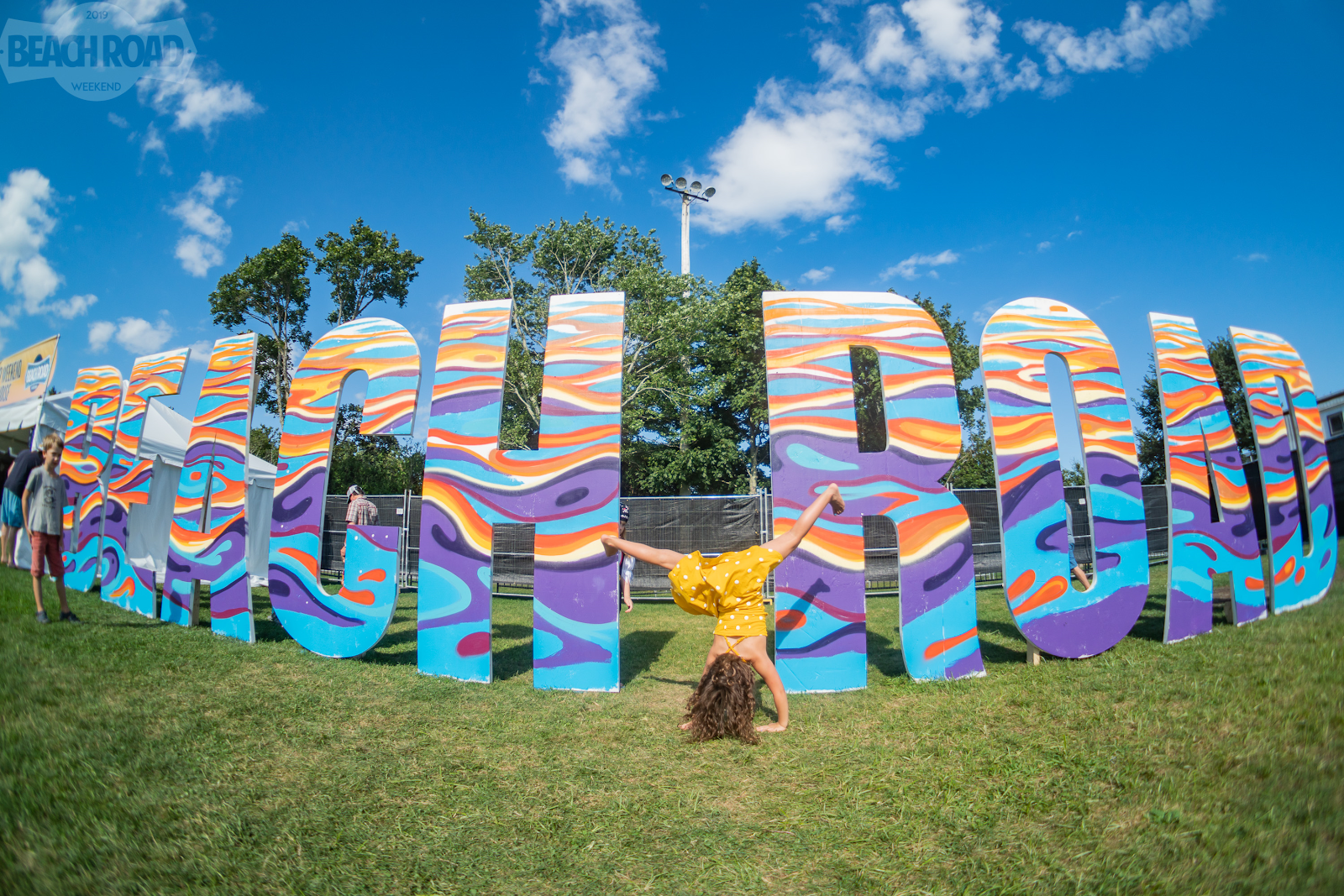 All packages can be purchased online at www.BeachRoadWeekend/hotels.com.