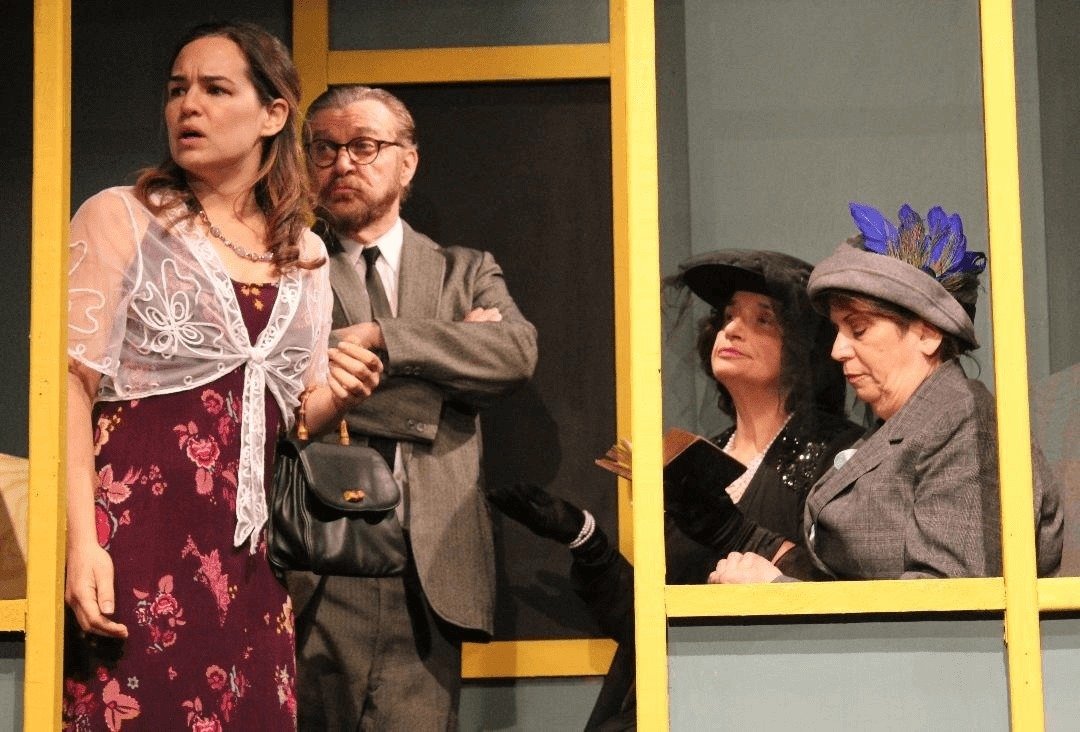 The American Premiere Production of

A Comedy/Thriller by Derek Webb, based on the Alfred Hitchcock film of the same title 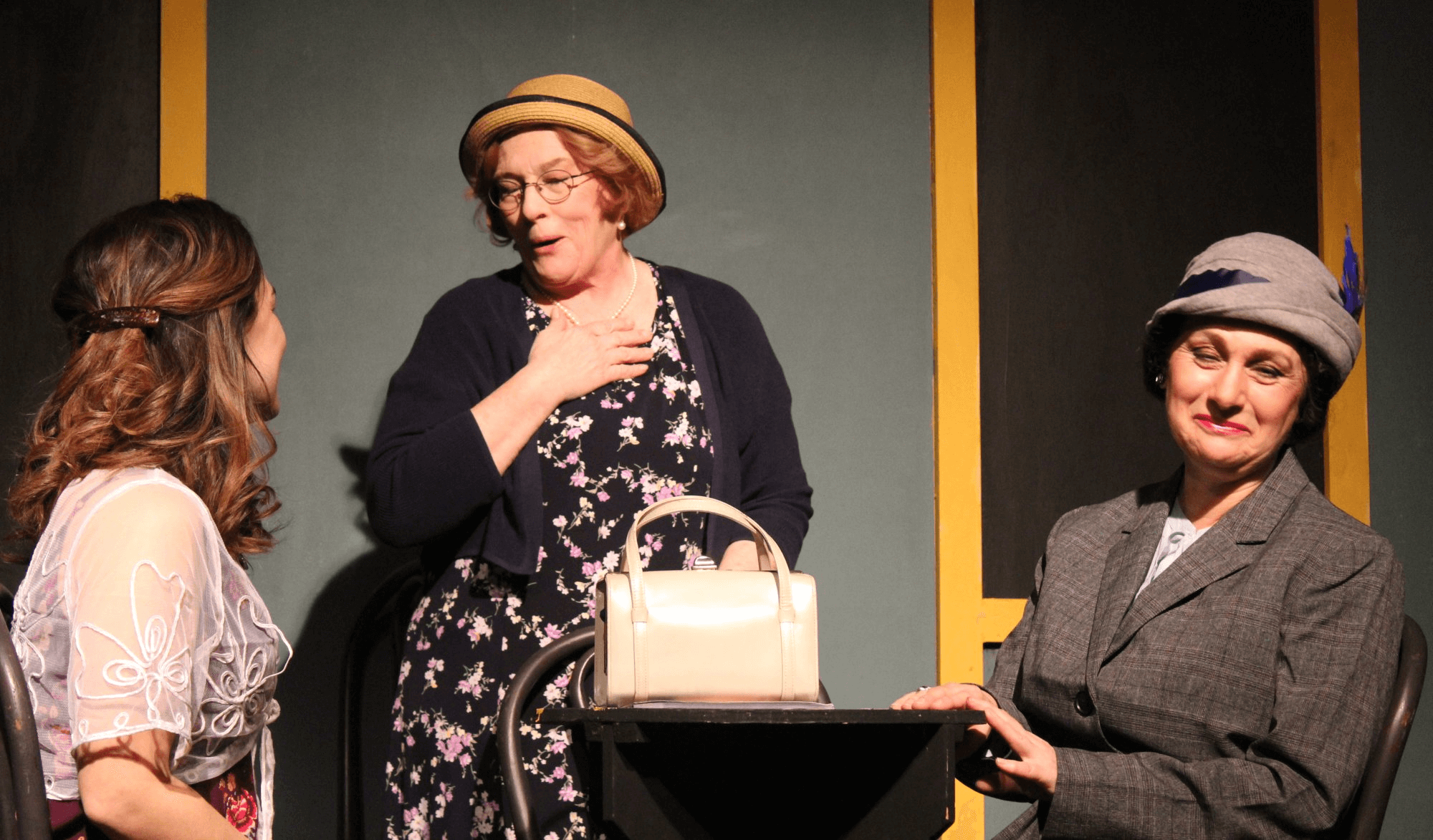 Adapted for the stage by Derek Webb. Directed by Dave Ludt. Originally written by Sidney Gilliat and Frank Launder based on the 1936 novel "The Wheel Spins" by Ethel Lina White.

Iris Carr, a wealthy young socialite returning by train from a holiday in Eastern Europe, is in a compartment with a honeymoon couple, an austere Baroness, a formidable-looking doctor, and a kindly older British woman named Miss Froy - with whom she quickly forms a friendly acquaintance.

After briefly falling asleep, Iris awakens to discover that her new-found friend is no longer there.

When Iris questions her fellow travelers as to Miss Froy’s whereabouts, much to her shock they all deny having that the woman had ever been there.

Iris then embarks on a fruitless search for Miss Froy that leads to Iris doubting her own sanity, until – with the help of Max and the professor – she manages to unravel the truth behind the mystery of the lady’s disappearance and rescue her friend from the most dire of consequences before the train arrives at its final destination.

More  background information about "The Lady Vanishes" from StageScripts:

The classic 1938 Hitchcock film ‘The Lady Vanishes’ was based on a novel called ‘The Wheel Spins’ by Ethel Lina White. It took various liberties with the plot, including introducing a propaganda element involving Nazis. This stage adaptation goes back to the original novel and tries as much as possible to capture the 1930s feel of the original.

The play has been written so that there is a continuous sense of action, moving seamlessly from one scene to the next as far as possible. 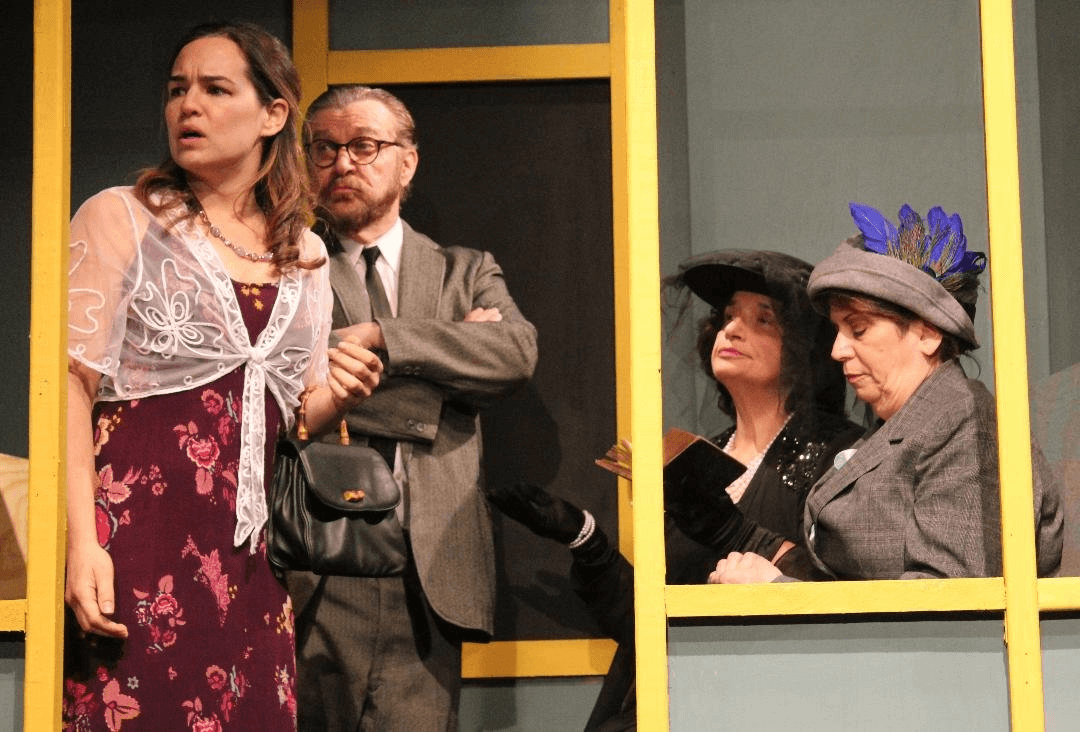 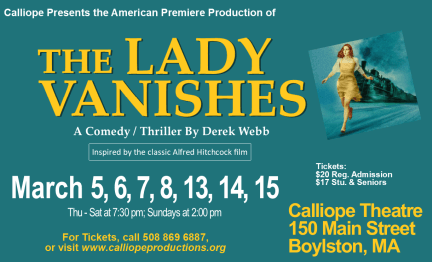