More than 60 nominations in over two dozen categories of outstanding actors, directors, designers, choreographers, musicians, and productions were announced today by the Boston Theater Critics Association (BTCA) for the 39th Elliot Norton Awards.

Due to the Covid-19 pandemic, no live ceremony will be held; instead, the awardees, including those for visiting productions and performers , will be revealed in a virtual ceremony on Monday, May 23 at 8:00pm.

Details will be announced soon on how to view the event on ElliotNortonawards.com.

This year’s recipient of the Elliot Norton Prize for Sustained Excellence is John Douglas Thompson, a performer with deep roots in New England who has been hailed by many as the leading American Shakespearean actor.

Joyce Kulhawik, president of the Boston Theater Critics Association, stated, "It’s been two long years since we've gathered, but the BTCA can’t wait to applaud the work of this relentless theater community. Theater artists everywhere have been devastated by the effects of the pandemic, but true to form they have persevered, reinvented, and continue to rise to a still unfolding challenge— by showing up however possible with work that is new, relevant, entertaining, and enlightening. During an unprecedented era of global strife, we are thrilled to bestow The ELLIOT NORTON AWARDS to honor and amplify the creative spark that lights our way."

This year marks the second time a virtual ceremony has been held, as was the case in 2020, because of the Covid19 pandemic. No awards were presented in 2021, due to the suspension of live performances.

The Elliot Norton Awards are named for the eminent Boston theater critic Elliot Norton, who remained an active supporter of drama, both locally and nationally, until his death in 2003 at the age of 100.

The Boston theater community carries on his legacy and can be proud of its remarkable growth at a time in our nation’s history when the arts are struggling to survive.

This year’s recipient of the Elliot Norton Prize for Sustained Excellence is John Douglas Thompson.

Mr. Thompson was bitten by the acting bug in 1986 when he left his job in computer sales to study at Trinity Repertory Company in Providence, R.I. and subsequently at Shakespeare & Company in Lenox, Mass., becoming one of the major players in both those companies. He then became a member of the American Repertory Theater from 1999 to 2002. He played Othello for all three companies.

The 57-year-old actor has continually returned to New England. He played Louis Armstrong in “Satchmo at the Waldorf” at Shakespeare & Company and the Long Wharf Theatre in New Haven, Connecticut before taking the play to New York where he won a Drama Desk and Outer Critics Circle award.

He may be best known to local audiences for portraying the boxer Emile Griffith in “Man in the Ring” for the Huntington Theatre Company, for which he won the 2019 Elliot Norton Award for Outstanding Performance by an Actor in a Large Theater.

This past summer he starred as Prospero in the Commonwealth Shakespeare Company’s production of “The Tempest,” for which he is again nominated for a Norton Award. He recently wrapped up his acclaimed portrayal of Shylock in “The Merchant of Venice” by Theatre for a New Audience in New York and at the Shakespeare Theatre Company in Washington, D.C.

Mr. Thompson has also won plaudits for his work in television and movies, most recently for “Mare of Easttown” with Kate Winslet and Julian Fellowes’ “The Gilded Age,” both for HBO.

Details will follow on how to view the 39th Elliot Norton Awards on Monday night May 23rd.

For more information on the event, visit ElliotNortonawards.com 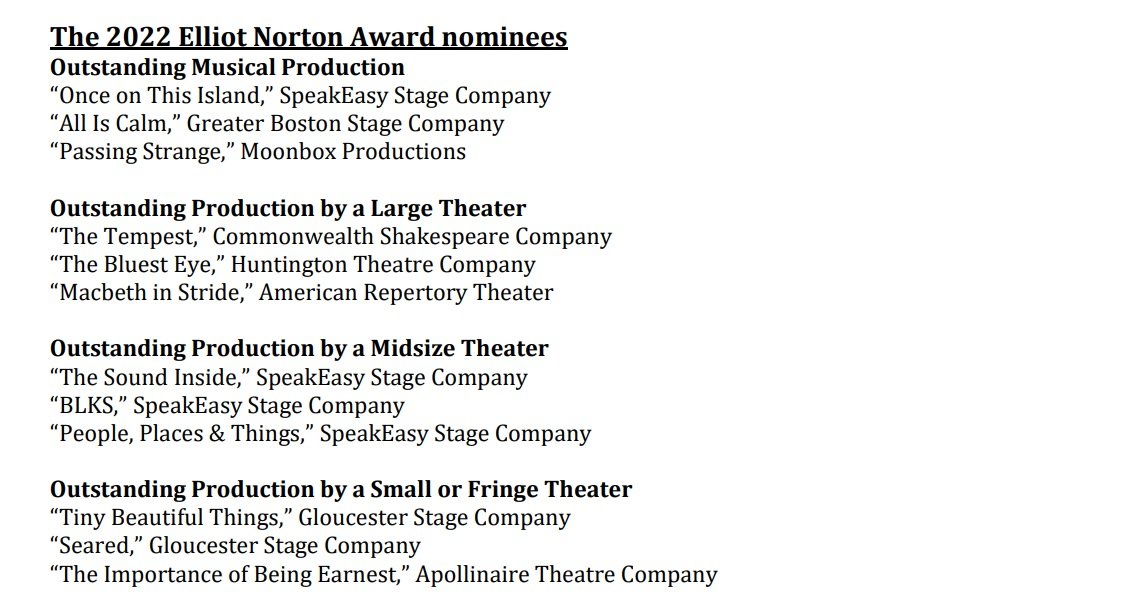 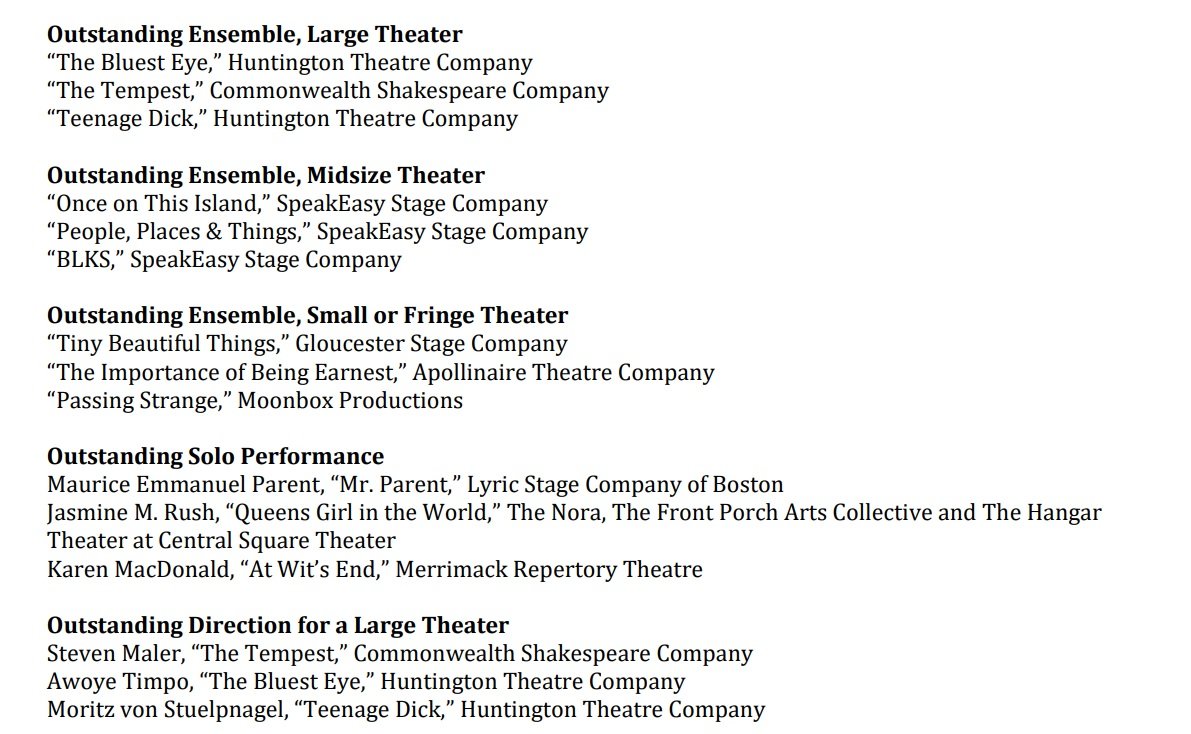 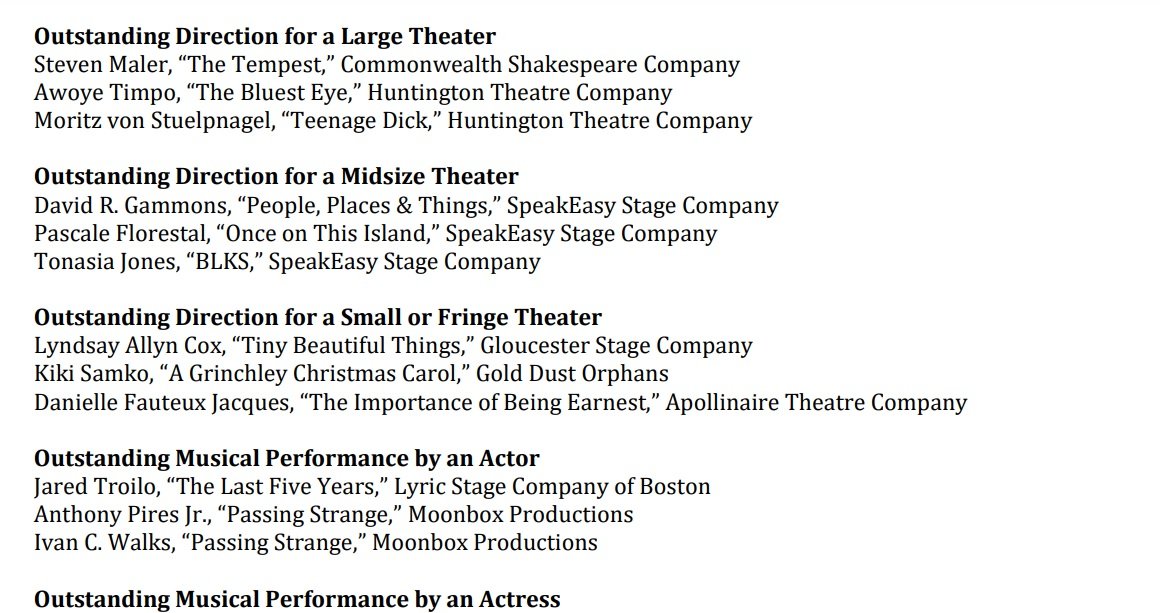 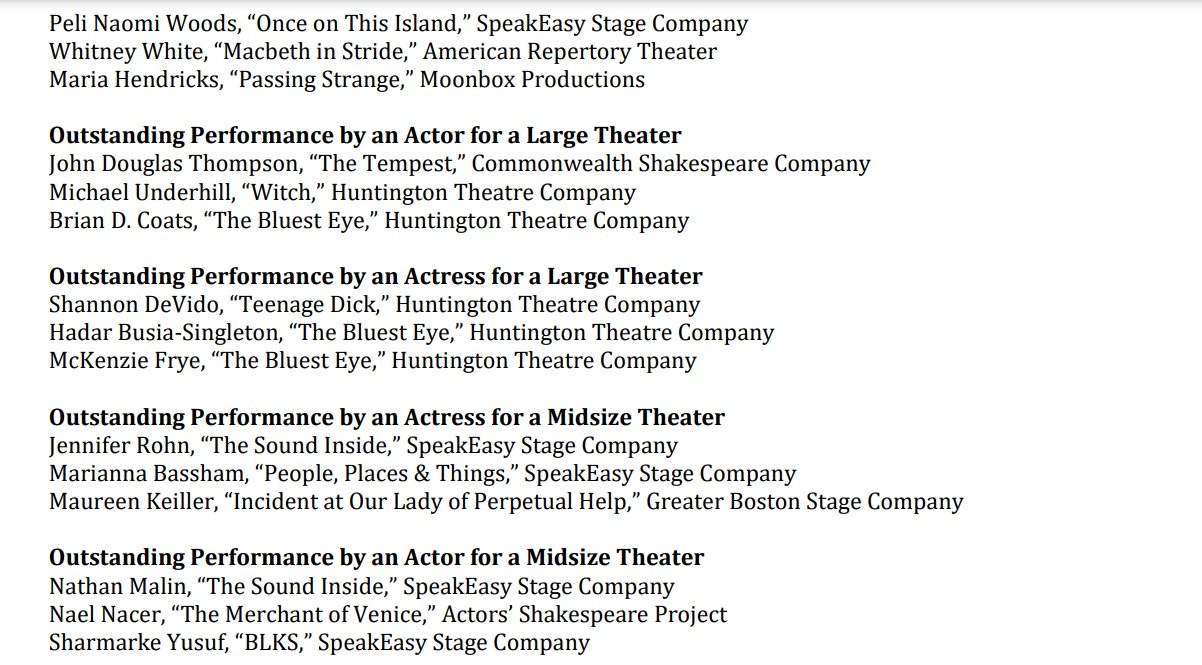 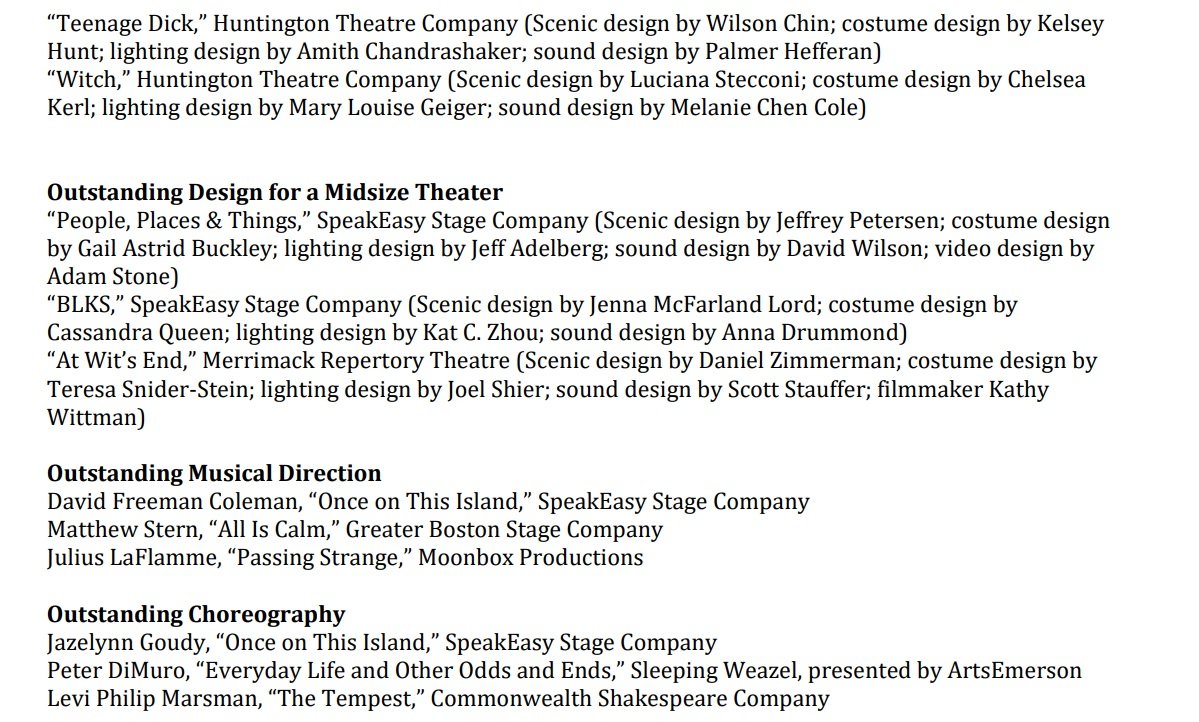 View the event on ElliotNortonawards.com