Gateway Players Theatre will present "THE MONKEYBAR MAFIA," written and produced by Ed Humphries, and directed by John Kennedy.

Performances to be held at Fellowship Hall of Elm Street Congregational Church, 61 Elm Street in Southbridge, MA. Entrance is on Park Street (around corner). 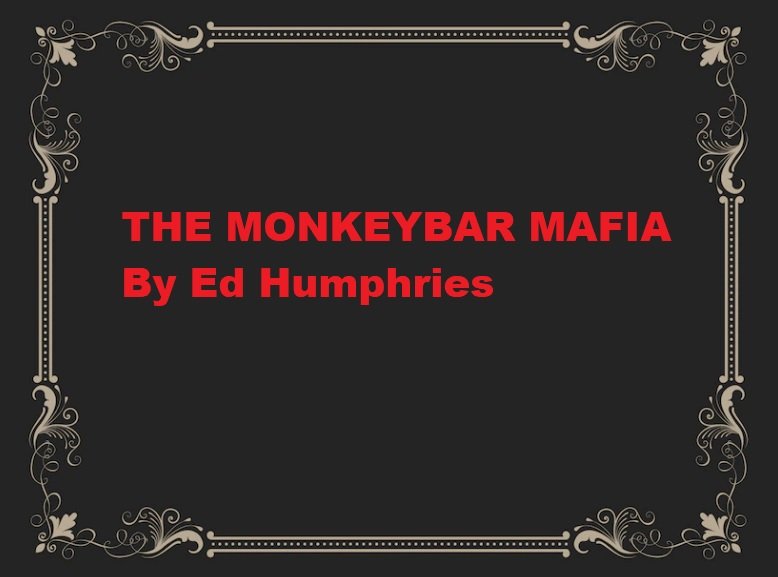 ABOUT THE SHOW
Ryan Coulton spent his adult life as a corporate drone; a career that took him far away from his true passion; writing.

When he finds himself ‘displaced’ – another victim of a crumbling economy – Ryan’s wife encourages him to clear his mind of the arduous daily job search by reconnecting with his kids.

His daily trips to the playground bring him into the orbit of "THE MONKEYBAR MAFIA" – a collection of Stay-at-Home Moms bound together by their shared love of friends, family and a good Cosmo.

Ryan soon develops a close friendship with one Mom in particular; a woman who shares his ‘regret’ at having left true talent behind for other pastures.

As the two inspire each other to rekindle sparks of their own creative passions; a scandal forms that threatens to derail Ryan’s journey.

"THE MONKEYBAR MAFIA" is a humorous and poignant look at joblessness, restlessness and the paths we choose and those we leave behind as we travel this road of life.