All performances presented by Nervous Theatre in the basement studio of The Boston Conservatory Theater 31 Hemenway Street, Boston, MA 02115

The performance will be presented three times each night with start times at 8:00pm, 9:00pm and 10:00pm.

"Texts for Nothing" by Samuel Beckett is presented through special arrangement with Georges Borchardt, Inc. on behalf of The Estate of Samuel Beckett.

"Where would I go if I could go? Who would I be if I could be? What would I say if I had a voice, who says this, saying it’s me?"

Be immersed in the words of Samuel Beckett as audiences of twelve gather around a single performer murmuring into the darkness.

"Texts For Nothing" plumbs the depths of isolation and dread in this stark meditation on the nature of being. The performance will be presented three times each night with start times at 8pm, 9pm and 10pmrun time: 30 minutes 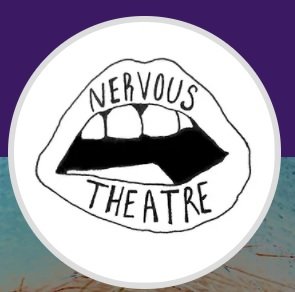 Nervous Theatre is a repertory company dedicated to producing and touring new works and radically reimagined classics. We are a rootless theatrical collective that grew out of the Boston Conservatory where our founding members met.