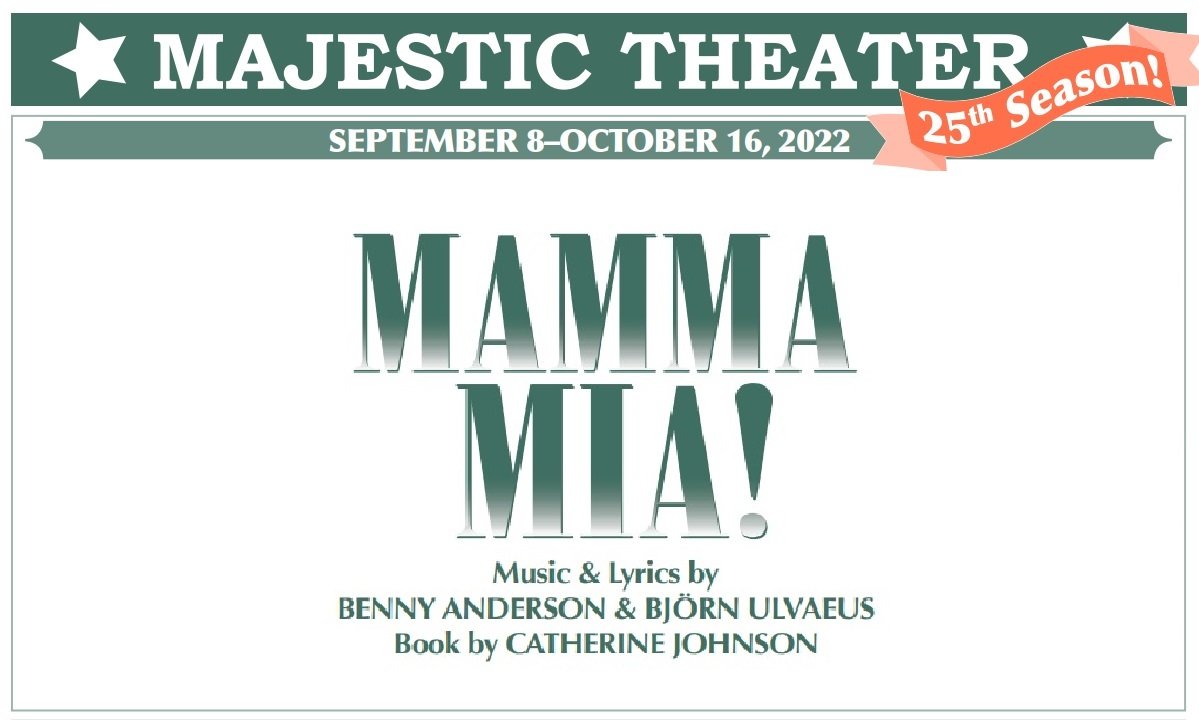 Love, friendship, and plenty of dancing and singing to the timeless music of ABBA make Mamma Mia a joyous celebration, which is the perfect way to kick off the Majestic Theater’s 25th Anniversary season!

Joining in the festivities will be YOU and some of our Majestic friends, old and new, who have graced our stage over the years:

• Paula Cortis (A Funny Thing Happened on the Way to the Forum, The Full Monty)

• Robbie Simpson (Lost in Yonkers, The Last Five Years, Breaking Up Is Hard to Do)

• ... and 14 additional wildly talented cast members to be announced! Come join the party as we celebrate a quarter century of quality professional theater in West Springfield. Mamma Mia tells the story of Donna, who lives a quiet life on a Greek Island, which is nearly upended when her daughter, Sophie, gets engaged.

Never knowing the identity of her father, Sophie hatches a scheme to invite the three men who may be her dad to the wedding.