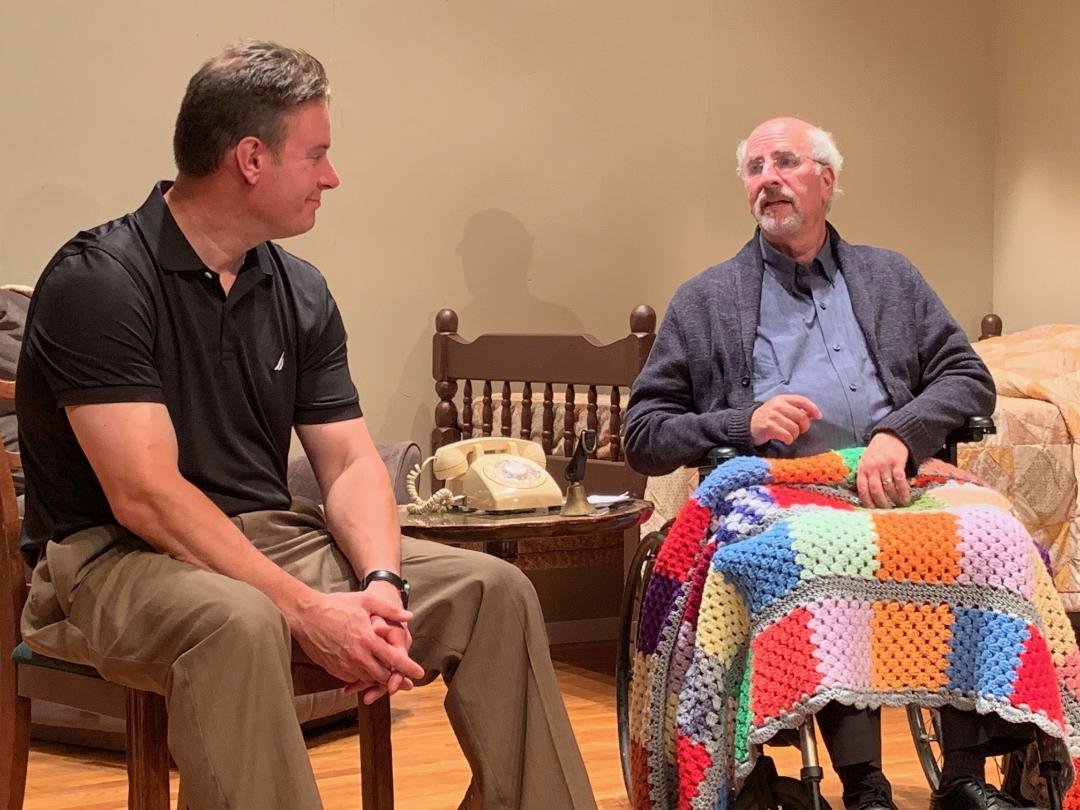 SOUTHBRIDGE, MA. - “Tuesdays with Morrie” by Jeffery Hatcher and Mitch Albom presented by Gateway Players. Performances to be held at the Fellowship Hall of Elm Street Congregational Church, 61 Elm Street, Southbridge, MA. Performances: Sept. 13, 14, 20 & 21 at 7:30pm and Sept. 22 at 2pm. General admission. Tickets are $15 for adults and $13 for seniors and youth under 18. Tickets may be reserved by calling Gateway at 508-764-4531. Online credit card ticket sales available at https://www.brownpapertickets.com/event/4312748. 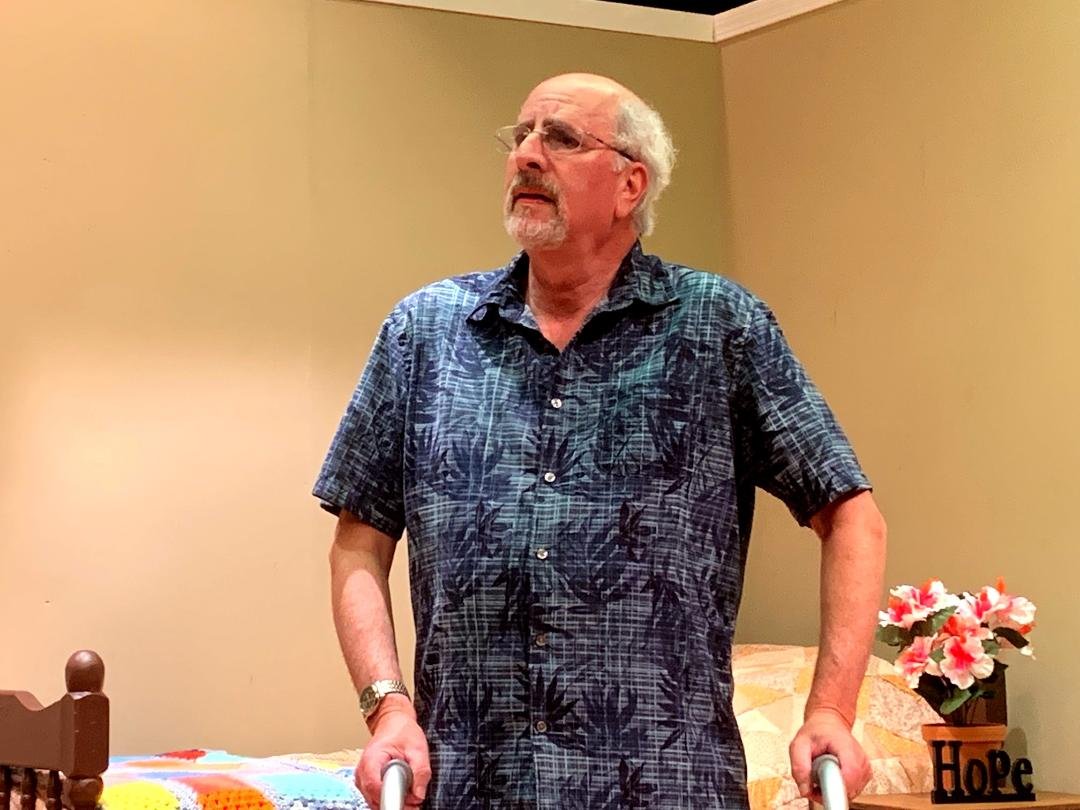 The entire play, co-written by Jeffery Hatcher and Mitch Albom (based on Albom’s novel of the same name) revolves around Morrie’s mortality, so what is about to be revealed should not be taken as ‘spoilers.’

The play begins with Albom describing his time in college when he first meets the clever, charismatic, vibrant dancing fool of a professor, Morrie.

Albom visits Morrie, and what starts as a simple visit out of courtesy to his old professor turns into a weekly “class” as Albom begins recording Morrie’s final thoughts describing what he is going through and his interpretation of the true meaning of life.

Albom is in his prime and has become a highly successful sports reporter, working “five jobs” at once, contrasting with Morrie, in the final stages of his declinging health. However, interestingly, it is Morrie who schools Albom on what should be considered the actual joyful “successes” of one’s existence.

Jajliardo fluctuates in his performance as Albom, moving from a competent yet, at times, a bit stiff and quiet as he doubles as the show’s narrator, to much more comfortable and compelling as Albom, primarily in Act Two.

Douglas is exceptional as he conveys Morrie’s lessons regarding his own mortality with a calm acceptance, humor, and compassion. 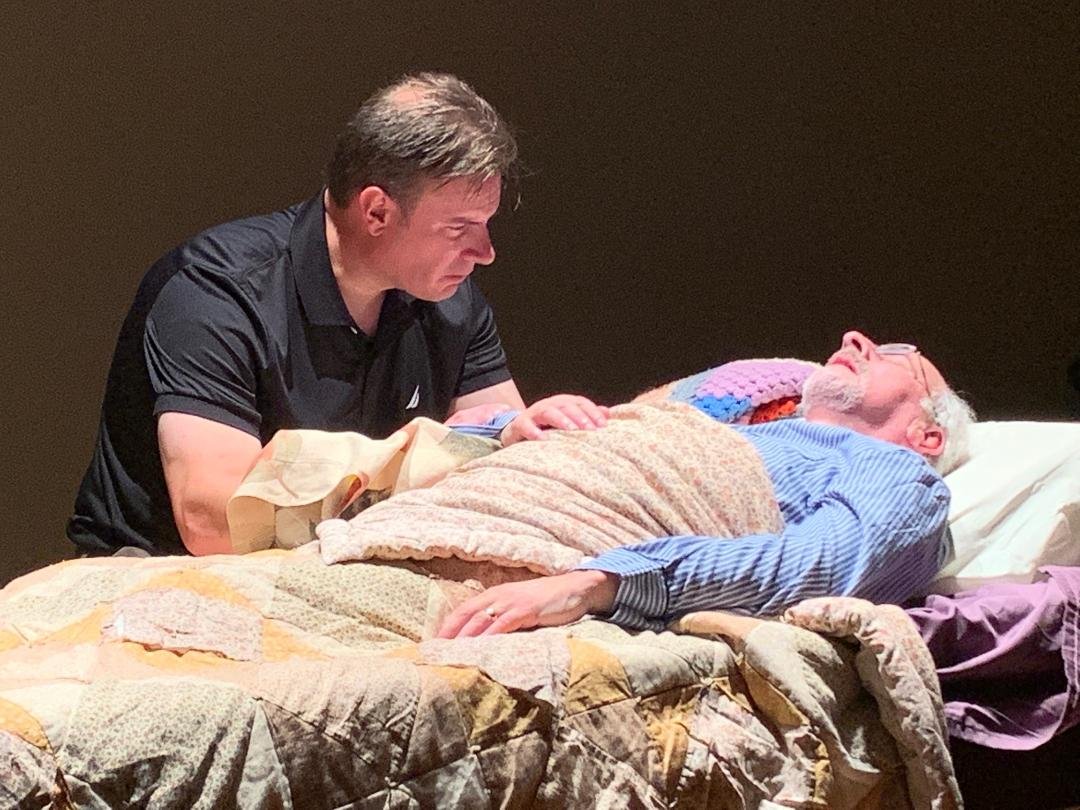 The single set design was appropriate to the show and the execution of the show’s musical and other sound effect cues never missed a beat. However, there were some slow scene changes and a couple of gaffs which were noticeable.

At one point, Morrie’s bed lost a leg as it was being moved. Also, Albom was minus a cell phone which was later thrown on stage mid-scene so Jajliardo could continue. If he had continued pantomiming calls without the phone, it might have been less noticeable.

As Morrie’s body begins to betray him, his mind stays sharp, and Douglas performs the character brilliantly without becoming overly maudlin.

So, too, under the direction of Suzanne Adams, the production promotes and encourages audience empathy without descending into a painfully syrupy and uncomfortable two hours.

Not to say there aren’t moments of discomfort. There are some truly brutal scenes which show Morrie as he suffers the ravages of an unforgiving disease. Good. That is exactly how it should be. The unforgiving nature of ALS must be shown to shine the light on its cruel nature.

Yet, through it all, Morrie never seems to waver as he advises Albom and others on the need for humans to be encouraged to forgive.

While impending tragedy is the show’s prevalent theme, it is not about death or dying. It is more about learning to appreciate the finite quality of one’s existence. Every mortal dies but, as long as one is remembered, their essence lives on.

Three and a half stars.