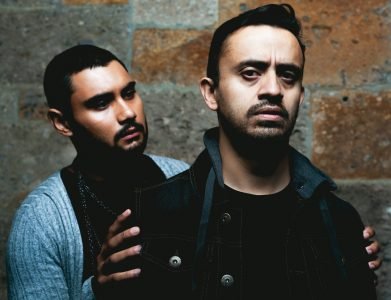 “Forgiveness; Can You Imagine?” (Lin-Manuel Miranda)

That is what The Hub Theatre Company of Boston seems to hope audiences will question as they come to see their latest production, “The Last Days of Judas Iscariot.”

The fact that the show is set in a part of Purgatory known as “Hope” should provide everyone with a clue as to the direction of the piece taken by Pulitzer Prize winning and Tony Award nominated playwright Stephen Adly Guirgis (“Between Riverside and Crazy”).

However, while intended to be more tongue-in-cheek, be prepared because you are going to spend an awful long time in Purgatory, possibly praying the play will end a lot sooner.

That is not to say the production is bad. Quite on the contrary, there are many moments of Guirgi’s poignant two-act play which are exceptional, including most of the performances by the capable ensemble cast.

Also, under the astute direction of Steven Bogart, the lighting by Chris Bocchiaro and sound by Lee Schuna were both executed without fail.

The problem is Guirgis’ wonderful concept is far too expansive when it doesn’t need to be. It explores areas which become painfully redundant and drawn out by the show’s riveting staged conclusion.

Exploring the concepts of both condemnation and compassion, a trial is convened to re-examine Judas (Christhian Mancinas-Garcia) who committed suicide after betraying Jesus Christ (Jaime Hernandez).

In between, it is purported that Iscariot returned the 30 pieces of silver he was paid to betray Christ. But even that is called into question during the trial which is being adjudicated by Purgatory’s Judge Littlefield (Robert Orzalli), who is of questionable reputation himself.

As legal opponents “El Fayoumy” (Maurice Palmber) and “Fabiana Cunningham” (Lauren Elias), the actors capably moved the elements of the trial along, yet Elias seemed to be struggling with some of Guirgi’s script.

As he ultimately hung himself from an olive branch, and as suicide is supposedly a one-way ticket to Purgatory, Judas, in a catatonic state throughout most of the show, is present in the ‘courtroom’ as others discuss his ‘crimes’ in order to best determine judgment.

The question to the jury…and to the audience…Should Judas be allowed to ascend to Heaven or is he doomed to eternal damnation in Hell?

What could easily have played out as a single one hour one-act play is drawn out far too expansive (over three hours with many extraneous characters who really add nothing to the story).

By the time we are introduced to the story of demised Butch Honeywell (Dan Prior), it feels more like heavy anti-climactic emotional baggage after a penultimate confrontation between Judas and Christ. It was a wonderful monologue and well perfomed by Prior, but it occurs far past the point of maintaining audience interest.

Among those taking the stand are Sigmund Freud and Mother Theresa (both played to their respective comedic hilt by Arthur Waldstein).  Waldstein was an absolute joy whose own enthusiasm for the characters was contagious.

There were some asides by various character witnesses, including Saint Thomas (Jon Vellante). Vellante was absolutely vibrant as the manic Thomas who provides probably one of the funniest “testimonials” for…against…and for…and against Judas.

Also taking the stand was actor Matthew Dray as “Saint Peter” and “Caiaphas the Elder” and entrenched himself as a dynamic presence in each role. The dialogue does not control the actor, the actor controls the dialogue and Dray had full control of the dialogue for these two of Guirgis’s characters.

Giving testimony as “Satan,” probably the finest performance of the night was by Victor Shopov, who emanated a classic smarmy panache as the Devil, never losing a beat or dropping character (even when ‘affronted’ as attorney Cunningham accidentally referred to him as “Mr. Iscariot” instead of “Mr. Satan”).

The set design by Justin Lahue was interesting and the use of the entire house space was well staged, but there were objects and set pieces on the set which looked like the audience should expect them to be used…yet never were. So, why were they there? If intended to merely be decorative, they instead turned out to be more distracting.

Costumes by Chelsea Kerl were totally conducive to the characters and the overall Purgatory theme.

Another performance worthy of note was Rory Lambert-Wright as a more defiant and  ‘gangsta’ “Pontius Pilate,” not one bit apologetic for his involvement or his role as defined by history.

While we are asked to question everything about Judas, Jesus, faith, good, evil, forgiveness and damnation, ultimately all we long to hear is testimony by Judas.

As he emerges in and out of his vegetative state, we see Judas as a little boy, then later as more a brother to Jesus than a follower.

It is during these scenes Christhian Mancinas-Garcia provides a wonderfully calm, understated portrayal of the character. Not making Judas contrite, he instead turns the tables, showing Judas as the victim, Judas as the betrayed, Judas who is putting Christ, Purgatory…and us…on trial. 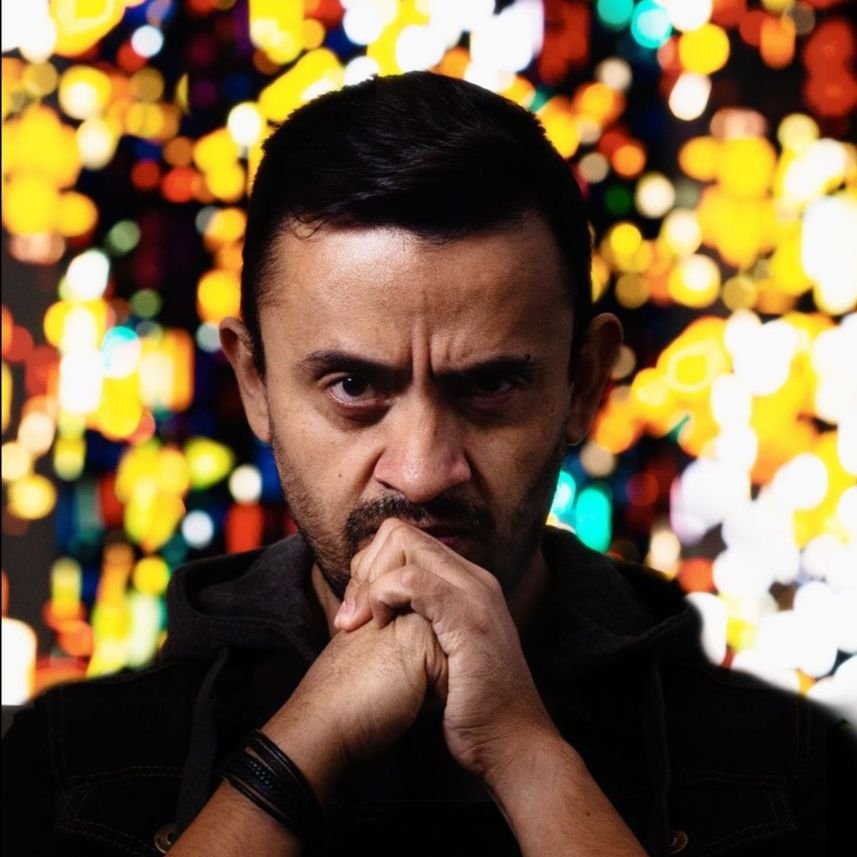 In one minute, and without using a single word, the ending of the show visually summarized what Giurgis, apparently, needed three hours of dialogue to try and convey.

No one can question the profundity of the Giurgis material. It is neither pious nor pretentious. Quite the opposite. It just comes across as overly (or even overtly) expansive and a surgically intense scaling back is required in order for it to become more comprehensive and concise. 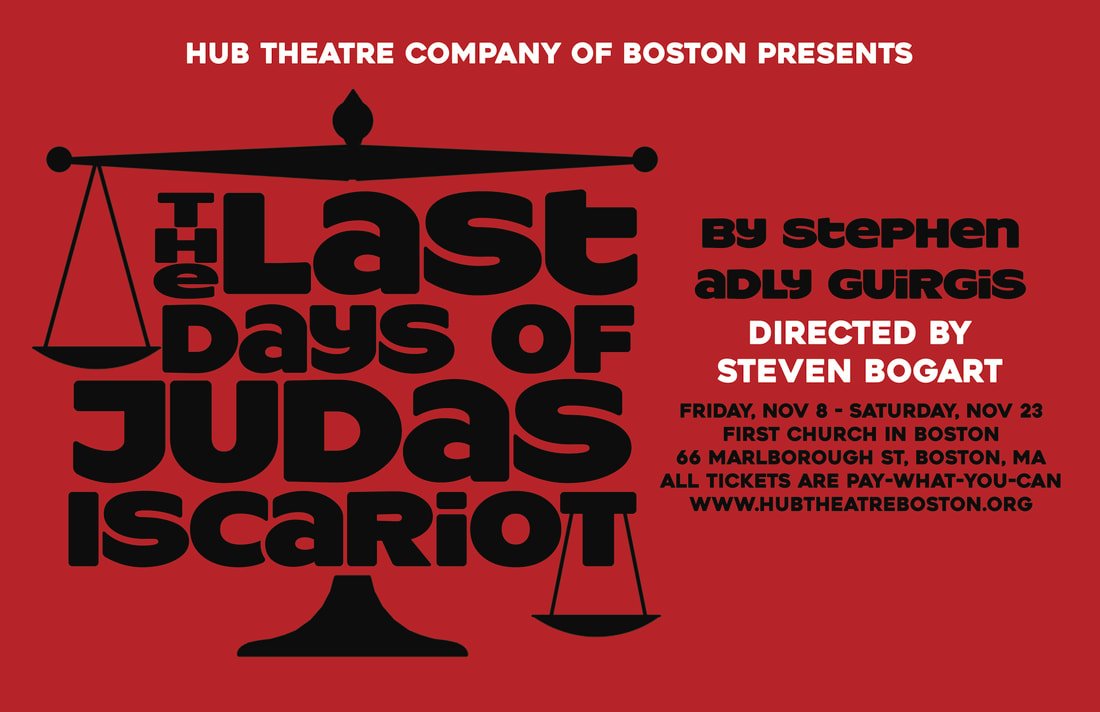 Appropriate for ages 16 and older. Contains mature themes and language.

The show runs approximately 3 hours 15 minutes with one intermission.