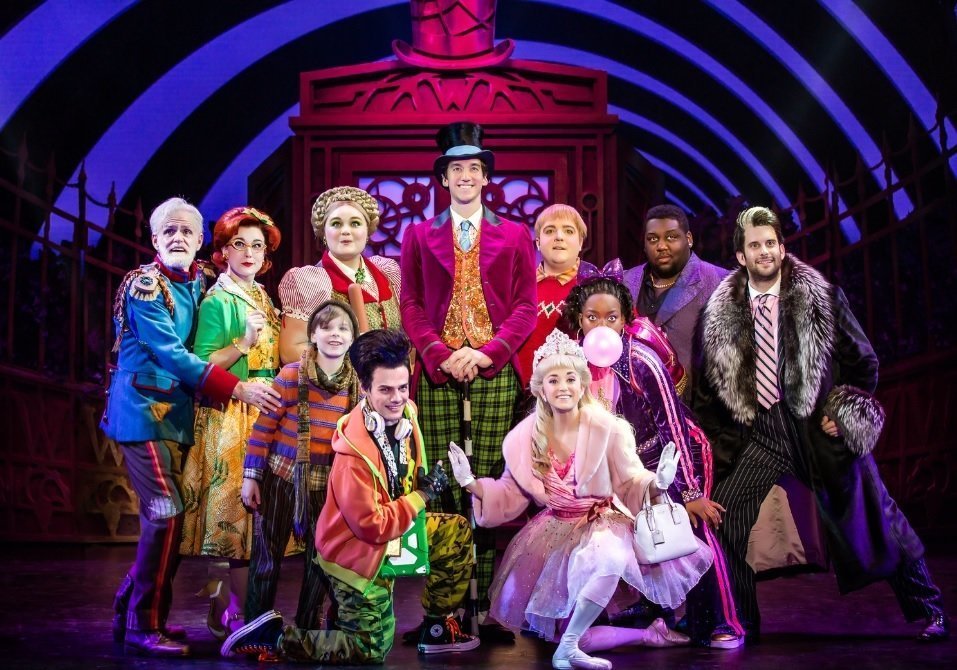 (Cover Photo: The Cast of “Charlie and the Chocolate Factory” at The Hanover Theatre in March. Photo Credit: Jeremy Daniel)

The Hanover Theatre’s “Charlie and the Chocolate Factory” is a family-friendly musical that will provide the audience not only wide eyed enjoyment but decapitation and exploding children.

Not to say the show is not fun. In fact it is absolutely mesmerizing at times.

The basic premise of the classic Roald Dahl story, made famous by the Gene Wilder movie “Willy Wonka and the Chocolate Factory,” is there and fulfills that sense of nostalgia for many of the grown-ups that will see the show.

To escape a week’s non-stop reporting of election results, the show allows its audience to escape reality and use their imagination, if only briefly.

In the movie, Wilder was not even seen until almost half-way through the story. The 2017 re-staging has the curious confectioner Wonka (Cody Garcia) appearing right from the start of the show.

Garcia entertains with full on charisma from the moment he takes the stage and keeps the pace lively, especially during the show’s second act.

Wonka is disguised through most of Act One as a “Candy Man”(whose theme song is sung by Garcia and the Ensemble) — one who has a small shop that is frequented by many young children, including poor young Charlie (played alternately by Brody Bett and Ryan Umbarila, the latter of whom played this evening’s performance).

Umbarila is a joy to watch as Charlie, providing many great facial and verbal reactions throughout the show and has an simply exceptional young voice. 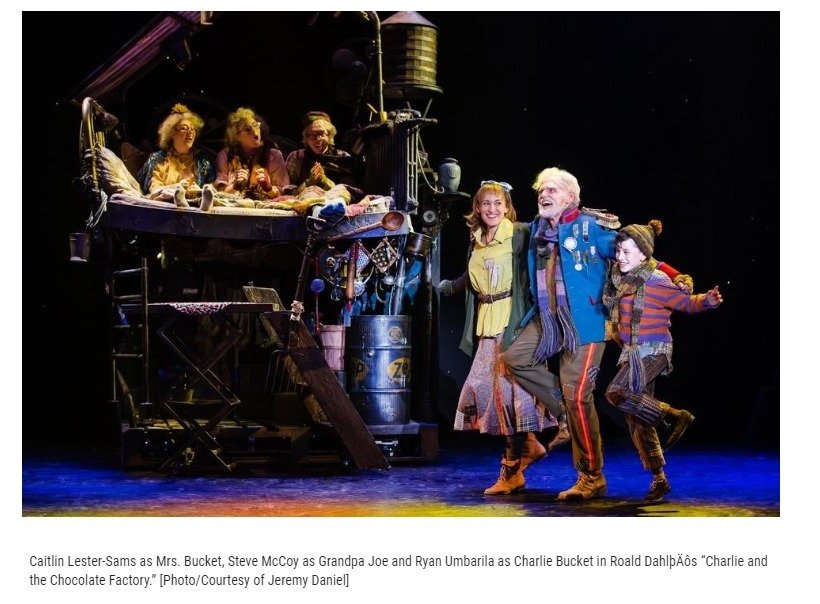 Wonka announces that five of his chocolate bars contain golden tickets to visit his headquarters. As a global contest ensues, almost bringing some countries to war, Charlie wins the last golden ticket to tour the Wonka Chocolate Factory.

The show has been restructured but still features many recognizable songs from the movie, including “Pure Imagination,” “I’ve Got a Golden Ticket” and has new material by composers Marc Shaiman and Scott Wittman, including the delightful “Charlie You and I” sung by Charlie’s Grandpa Joe (Steve McCoy) and ’If Your Father Were Here” sung by Charlie’s mother, Mrs. Bucket (Caitlin Lester-Sams).

McCoy is given most of the script’s best lines and delivers each one with precise comedic timing. He also appears to have a genuine fondness for Charlie as Grandpa Joe.

The problem with Wonka being seen at the very beginning of the show is that we lose that sense of awe when he finally does appear, which seems quite anticlimactic for an Act One cliffhanger. It is akin to seeing the “Jaws” shark right from the start of the movie when most of the suspense was built up from NOT seeing it until much later.

The children accompany Wonka on the tour with their parents and, just like the plot of an Agatha Christie murder mystery, each suffers a tragic fate, one by one (or two by two if you count the parents). Do they die? In this version of the story, it appears some DO perish, quite violently, but their ultimate fate is left quite vague by Wonka.

All of these actors were quite capable in their roles – while, at the same time, there is also some question as to why the roles could not have just as easily been assigned to younger actors closer to the ages of Bett or Umbarila.

Vocally and physically, there did not seem to be anything requiring adults for the level of physical humor involved... even with the exploding/decapitated moments. Never fear — There is no blood or gore shown — these moments are merely alluded to.

We do not see them until the show’s second act, but the Oompa Loompas do make an appearance through the creative use of puppetry by Basil Twist and equally clever choreography by Joshua Bergasse.

Rear projections used as part of a multimedia spectacle were also quite impressive, although it is recommended only for those who sit in the center of the house because, if you are seated far right or left, you will lose much of the effect.

Other standout performances included Sam St. Jean and Audrey Belle Adams as the “Gloops”; and Justin White and Nicole Hale as broadcasters “Jerry” and “Cherry” who announce the winners of the contest.

While some curious choices were made in the script, “Charlie and the Chocolate Factory” is, overall, a thoroughly entertaining show with dazzling special effects. It has a tone and approach respectful to the original source material while also providing enough unique and inventive spins to help keep it from faltering into a pale, stale mediocre imitation.

Above all, it allows its audience the opportunity to enjoy its own creativity and “pure imagination.”

Show runs approximately two and a half hours with one intermission. 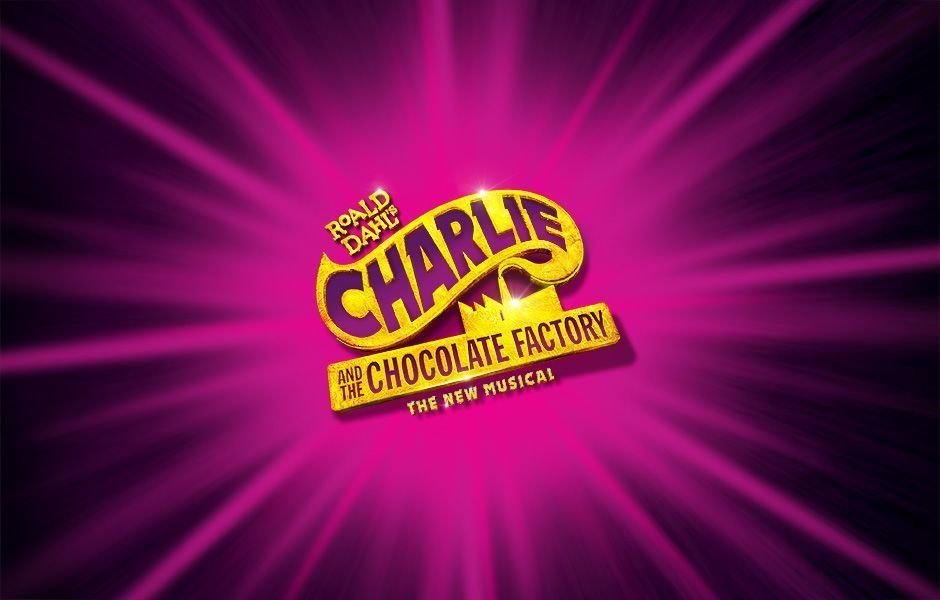