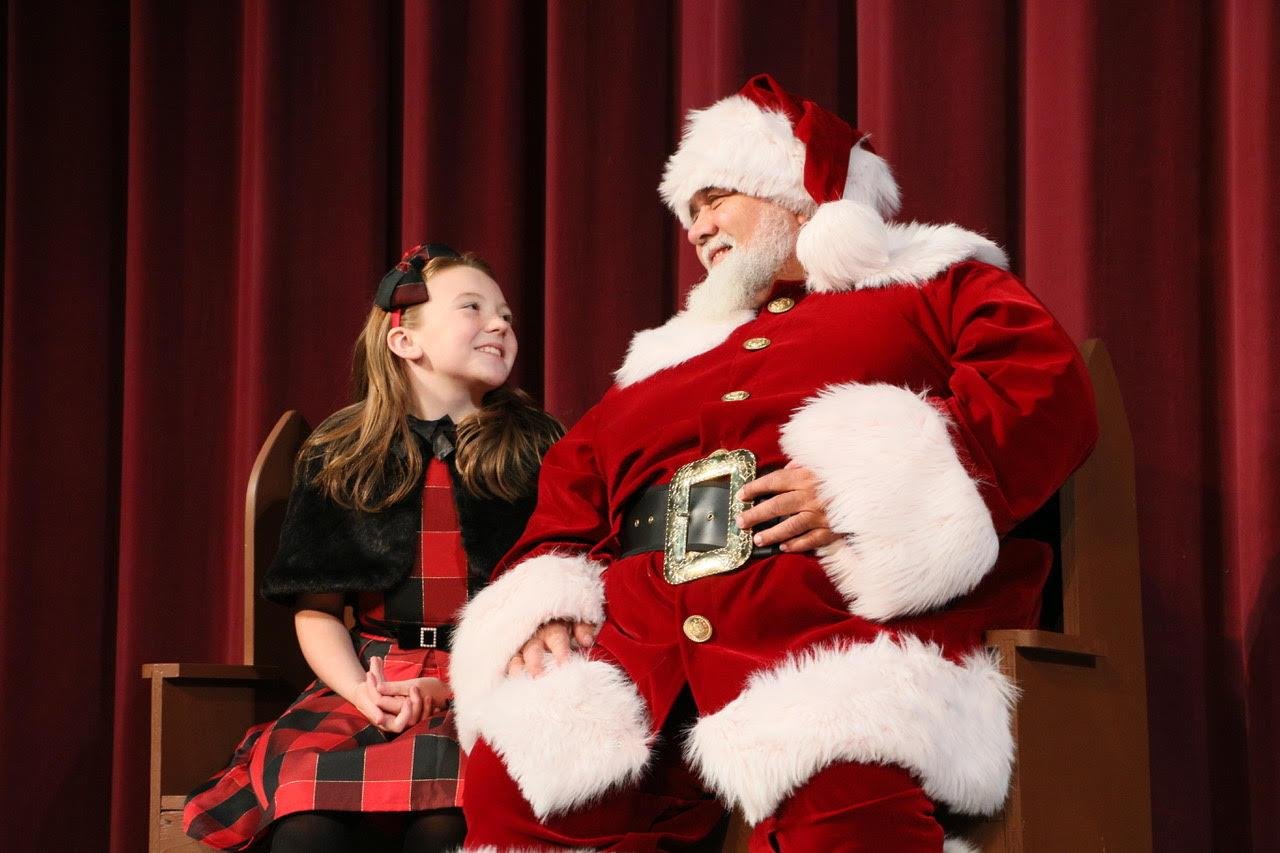 (Contributed Photo for "Miracle on 34th Street" by Kathleen Lundy)

PUTNAM, CT: “Miracle on 34th Street” from the novel by Valentin Davies. Presented by the Theatre of Northeastern Connecticut (TNECT) at the Bradley Playhouse, 30 Front Street, Putnam, CT. 06260. Performances are Dec. 21 at 7:30pm and Dec. 22 at 2:00pm. Tickets are $20 for adults and $16 for seniors and students. Reservations may be made with a major credit card online at www.thebradleyplayhouse.org or by calling 860-928-7887. Tickets may be purchased at the theater box office, either before the performance or at the door if available.

Based upon the 20th Century Fox motion picture “Miracle on 34th Street” from the novel by Valentin Davies. Directed by Jennifer Briere. Assistant Directed by Tonya Brock.

The Theatre of Northeastern Connecticut at the Bradley Playhouse (TNECT) presents a charming and heartwarming ‘Miracle on 34th Street” that could have become boring early on, but somehow became an eccentric laugh filled evening for all in attendance.

Based on the classic motion picture from Twentieth Century Fox starring Maureen O’Hara, Edmund Gwenn as Santa and a young Natalie Wood, the show was adapted by Mountain Community Theatre and the premise of this adaptation updated the movie’s year of 1947 to a more contemporary New York City in 1985.

Kris Kringle (Walter Wright) is a kind, robust elder gentleman who has been released from a retirement home and needs to find work.

Through a bizarrely convenient accident, Kringle finds employment working as Santa for Macy's. He works for Doris Walker (Kelly Lambert) who handles all the department store “Santas” for Macy’s under Mr. Macy (Jim Douglas). Doris has a wacky assistant named Shellhammer (Katie Walsh) who is delightfully awkward in many scenes in the show.

Kringle is aided by three tall and off the wall “elves”: J (Keith Deteau), Z (Doug Vannest) and the elf “shop steward”, Q (Roy Simmons) who steal every scene and scene change they are involved in and perform a bizarre ‘Christmas Wrap” rap with lyrics written by Jennifer Briere, Max Mundell, and original music by Nicholas Jorge.

Unfortunately for the “Wrap” writers, nobody heard any of the lyrics as the audience was laughing too hard. It was a truly bizarre moment in the show which came out of left field and, if it served any purpose in moving along the plot, it was totally lost on the audience. But it certainly was an eccentricity that was damn funny.

Unexpectedly for Doris, Kringle begins to advise Macy's customers, coming with their children to meet “Santa,” to go to other stores to find exactly what they need if Macy’s does not carry it.

As a result of this act of generosity, Sawyer (Jonathon Jorge), Macy's vocational counselor, maneuvers to have Kringle committed to Bellevue Psychiatric Hospital even though Kringle’s actions have actually caused many competing businesses to recommend one another’s goods in an outlandish act of “good will.”

Like the elves, Jorge’s “Sawyer” is another head scratching, eccentric performance, a sort of cartoon mash-up of Squidward from “SpongeBob Squarepants” with the buffoonish magician from “Frosty the Snowman.” But, again, it is an eccentricity that works.

During Act Two, the show moves to a courtroom where Kringle faces a competency hearing presided over by Judge Harper (Thomas Moody) who faces pressure to either commit Kringle as a lunatic or conclude, legally, that Kringle is, in fact, the real “Santa Clause.”

Moody dominates much of the second act along with J. Matthew Bailey as Kringle’s lawyer and friend, Fred, who is in love with Doris.

Doris has a young daughter, Susan, who is played very convincingly by Lauria Lavallee. Susan has trouble using her imagination and believing in things like “Santa” but Kringle soon breaks through her doubtful veneer and soon she begins to believe in things she never thought possible.

In fact, that is a common thread throughout the production. The adaptation succeeds in showing us a world where people have become jaded and have lost the ability to have faith in things that may not be easily proven.

The actors' collective direction seemed uneven at times, as if Briere advised her actors to take liberties with their characters without pulling them back in in time as they approached the edge of insanity. However, it is primarily through these rather "unconventional" performances of the Bradley cast that the story slowly won the audience over, as a lot of the scripted material seemed a bit rushed and flat.

On a production level, there were some sound issues throughout the night with popping noises from body mics, misplaced cues like a telephone ringing after Doris said she needed to answer it, and a loud unexplained crashing sound from the back.

The drops used in the production were absolutely gorgeous and the courtroom set was quite impressive.

So, if fun, enthusiasm and occasional off the wall goofball merriment are the things people want Christmas to be all about, then this production by TNECT delivers.