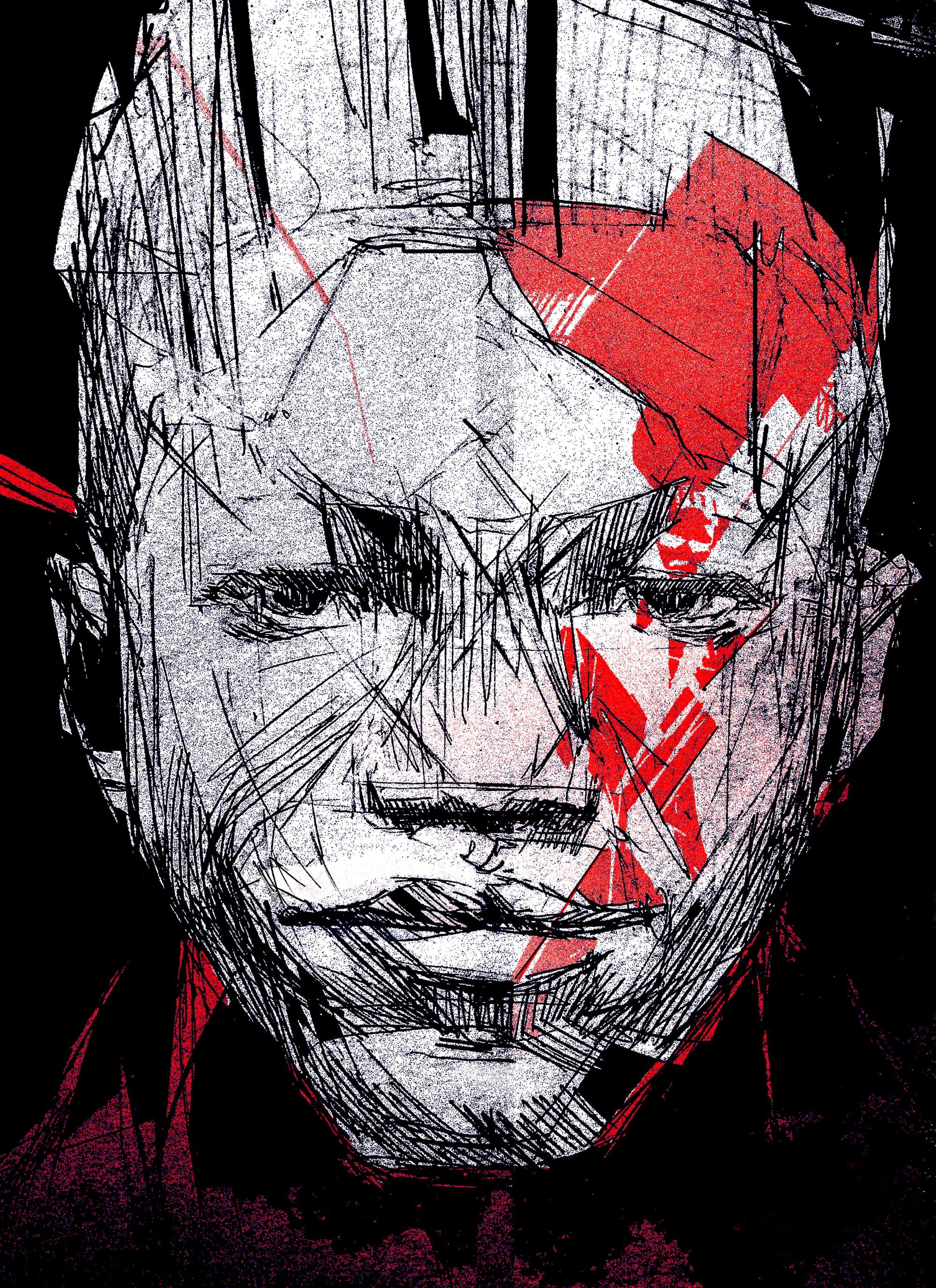 Written by Will Power. Directed by Lee Sunday Evans

That is the unfortunate stigma of putting on a production that has anything to do with a notable or notorious leader within a particular community. It sounds about as interesting as a high school book report on a subject the student really had no interest in writing about in the first place. Or, if the student did, it was the other students in class who had zero interest on the subject.

Fortunately, the above is definitely NOT the case with ArtsEmerson's outstanding premiere of "Detroit Red."

“Before he was Malcolm X, he was Detroit Red.”

That is the “tagline” used to promote the show but, when we first meet him, “Red” could be about any man from any culture that has been relegated to an impoverished life and ongoing economic struggle.

“Red” (Eric Berryman) is that man here and, through a multi-media piece that hits hard on multiple levels, we are witness to his struggles trying to survive and make a life for himself in Roxbury.

Because he moved up from Michigan during the 1940s, his friends bestowed upon him the moniker, “Detroit Red.”

The play, written by Will Power, effectively shows how Red…arrogant, unapologetic, fierce, and usually broke…moved from job to job to job, none of which could be accused of paying a living wage, decent or indecent.

So, Red moves to crime and finds out he is actually has a talent for it. He hustles, robs, pushes, pimps, doing whatever it takes to survive…not just to tread water, but to rise above it.

It isn’t until a crucial and pivotal moment at the end that Red reaches an epiphany (alluded to at the beginning) and we see the beginnings of the icon he would ultimately become.

The transition is never complete, which is intentional by Power, and why this show works as well as it does. It does not put on display Malcolm X in his role of celebrated if also controversial civil rights leader. 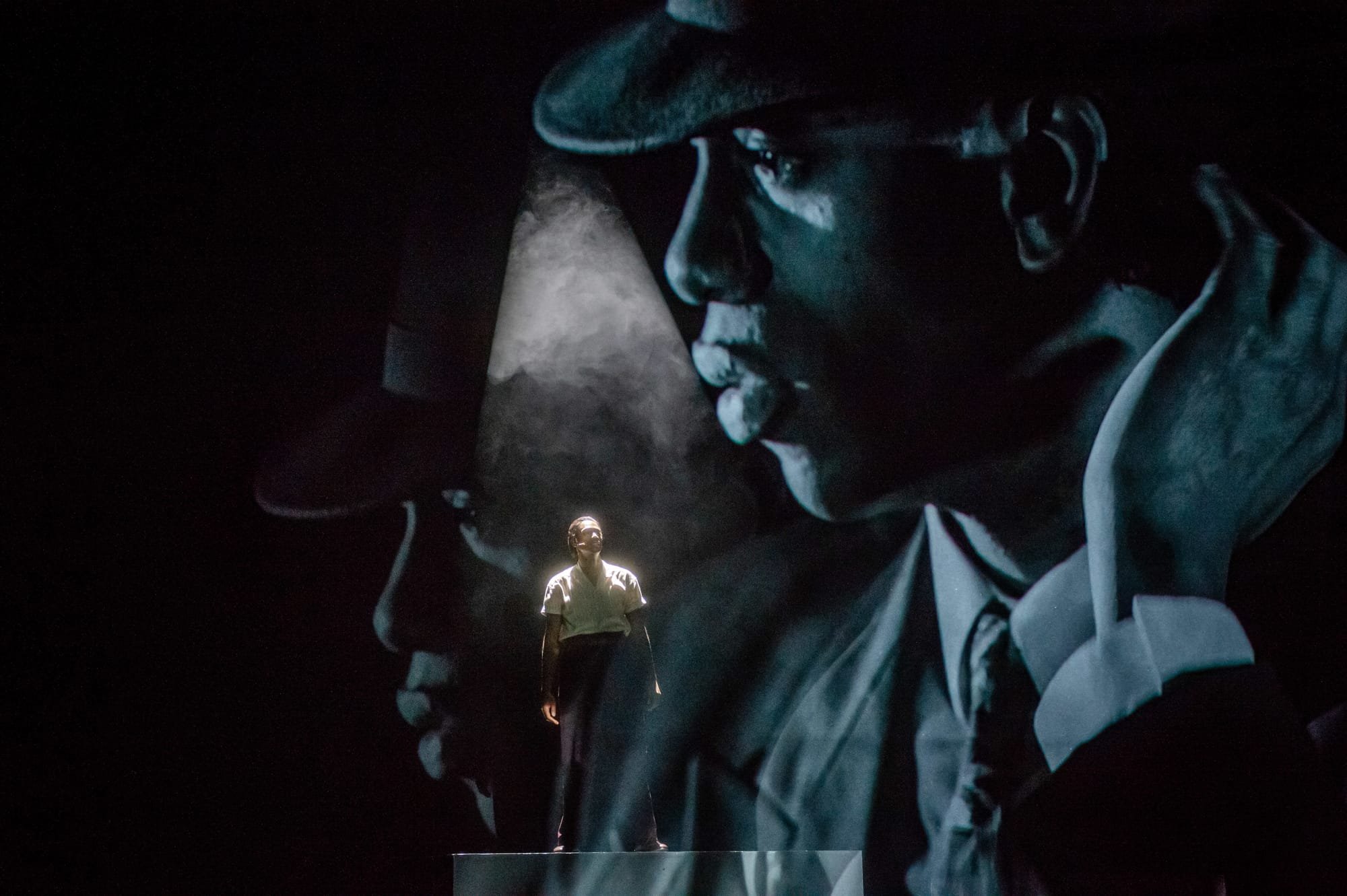 Under the direction of Lee Sunday Evans, Power’s script successfully tells the story without it moving into standard ‘docudrama’ territory where we see Malcolm X from birth to death.

Instead, it is only Red’s story that inspires with visual attacks well executed and at propitious times. There are filmed segments which augment the live action and where this piece truly succeeds.

The set design by Adam Rigg was minimal yet effectively used the space. Added lighting design by Alan C. Edwards and projection design by Ari Herzig filled in any gaps magnificently. Music by Justin Ellington also successfully helped to underscore numerous pivotal moments in the story.

Where the play feels disjointed at times is when it moves from scene then abruptly cuts into more poetic or poignant asides which seem to be occasionally forced, as if they were inserted for dramatic effect rather than allowing the plot to seamlessly flow.

It is interesting to note the absence of the term “African American” in Power’s tale. If it is mentioned at all, it was buried and quickly forgotten in the dialogue. No, it is the term “Negro” that is used quite liberally here, along with, yes, its ‘ugly cousin.’

Ultimately, it is through Berryman’s bravura performance that Power’s story of Red's complexities is best illuminated. Berryman’s approach to the character comes off genuine and brutally honest.

Red, again, not as Malcolm X but as portrayed here, during this era, was a lot of things. However, there are also a lot of aspects to his character that clearly display what he was NOT (yet).

He was NOT a nice person. He WAS unpleasant.

He was NOT a hero. He WAS defiant and ruthless.

He was NOT socially minded. He WAS singularly-minded.

He was NOT altruistic. He WAS selfish.

But he was also NOT necessarily an evil person. He WAS angry, and he WAS…a survivor.

Red was just another person, among many, existing under cruel and impoverished circumstances, trying to find his place in an ungenerous, unforgiving society, with only his will and smarts to endure…But, ultimately, he WOULD become a different person – a person with a vision that he didn’t even know he had.