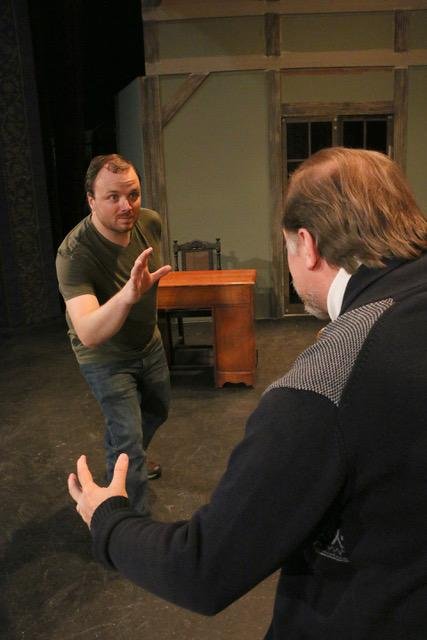 PUTNAM, CT: “Deathtrap” by Ira Levin. Presented by the Theatre of Northeastern Connecticut (TNECT) Performances are at 7:30 p.m. Oct. 5, 11, 12, 18 and 19 and at 2 p.m. Oct. 6, 13 and 20. Tickets are $20 for adults and $16 for seniors and students. Reservations may be made with a major credit card online at www.thebradleyplayhouse.org or by calling 860-928-7887. Tickets may be purchased at the theater box office, either before the performance or at the door if available.

The Theatre of Northeastern Connecticut at the Bradley Playhouse presents a faithful adaptation of Ira Levin’s “Deathtrap,” a Tony Award-nominated comedy thriller treat. 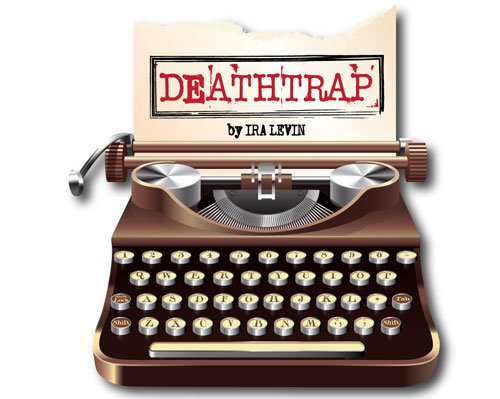 The current production is deserving of high praise for two reasons: Ira Levin’s incredible dialogue (almost worthy enough to forgive him for the abysmal musical “Drat! The Cat!”) and the acute attention to detail by the show's director, Natasha Darius.

Set in Westport, Connecticut, famed mystery thriller playwright Sidney Bruhl (Preston Arnold) works in a study that is described, by Levin’s script, as a “handsomely converted stable grafted onto an authentically Colonial house.”

Darius co-designed the impressive set with Mike Krauss and artist Jason Preston to script perfection, replete with a “fieldstone fireplace” which is used during critical moments in the show.

There are many weapons adorning the walls: handcuffs, swords, crossbows, pistols, a mace. However, they are not just there for decoration. Sidney displays them as souvenirs of his more successful plays, along with many old lobby cards of productions of his plays.

Yet, these items may also serve to remind and further aggravate Sidney’s crippling case of writer’s block.

He sees an opportunity for breakthrough when gets a script from one of his students that could be a potential hit.

Sidney ‘invites’ the young writer, Clifford (Sean Gardell), over to his place where they can “collaborate” on the needed “improvements” of the story’s “rough draft”. However, Sidney’s motives are not as altruistic as it may seem.

That being said, Clifford, an admirer of Sidney, seemingly welcomes the opportunity to work with Sidney. 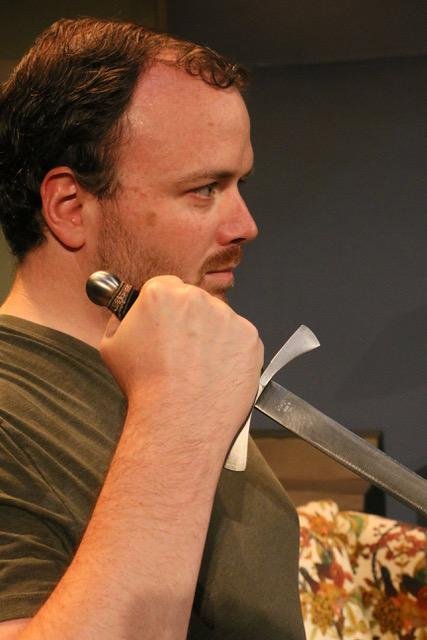 At the Bruhl home, Clifford meets Myra (Valerie Coleman), Sidney’s charming wife and, through what feels like numerous carnival rides in the plot, where this show ends is a far cry from where it begins.

But this is where Levin’s brilliance is most evident. Because, and without dropping too many spoilers, through the performances of Arnold and Gardell, particularly in the show’s superior second act, we see that Levin’s show recognizes itself for what it is.

Without resorting to either breaking the fourth wall or becoming a faint, farcical copy of itself in the process, Levin masterfully uses his own scripted stage descriptions and directions as much of the dialogue to parallel events taking place in his own story.

As the show unfolds, and the plot thickens, there are many competitive maneuvers in the ongoing game of one-upmanship between Sidney and Clifford that help maintain an even keel of humor and surprise.

We also are introduced to the hysterical Helga (Jennifer Briere), a nosey neighbor, and Porter (William Corriveau), Sydney’s attorney. 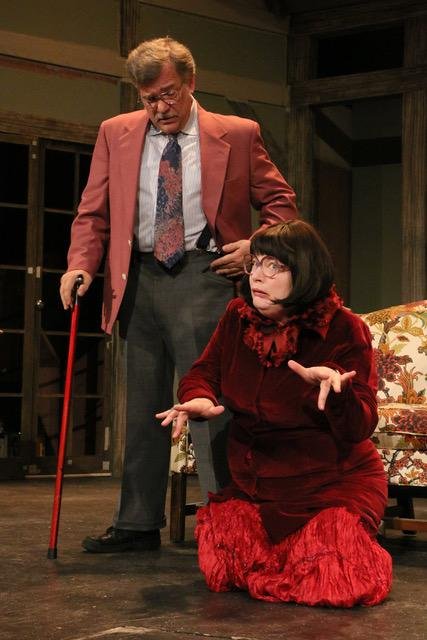 While Arnold and Gardell give superior performances, it is the criminally funny Briere who steals attention away from everyone else in her over the top portrayal of the intrusive celebrity psychic neighbor.

Not only clever, the play is also quite funny, even during some of the show’s darker, more frenzied moments.

A downside to the production was a veritable onslaught of misfired cues. There was also underscoring music which, when used effectively, enhanced the mood at certain times but then, conversely, at other times, seemed unnecessary and detracted from other actions or dialogue. Also, presumably dead bodies in the show really should not move.

But as Halloween edges ever closer, this production of “Deathtrap” is certainly a fitting show for the season.

The show runs approximately two hours 40 minutes with one intermission.