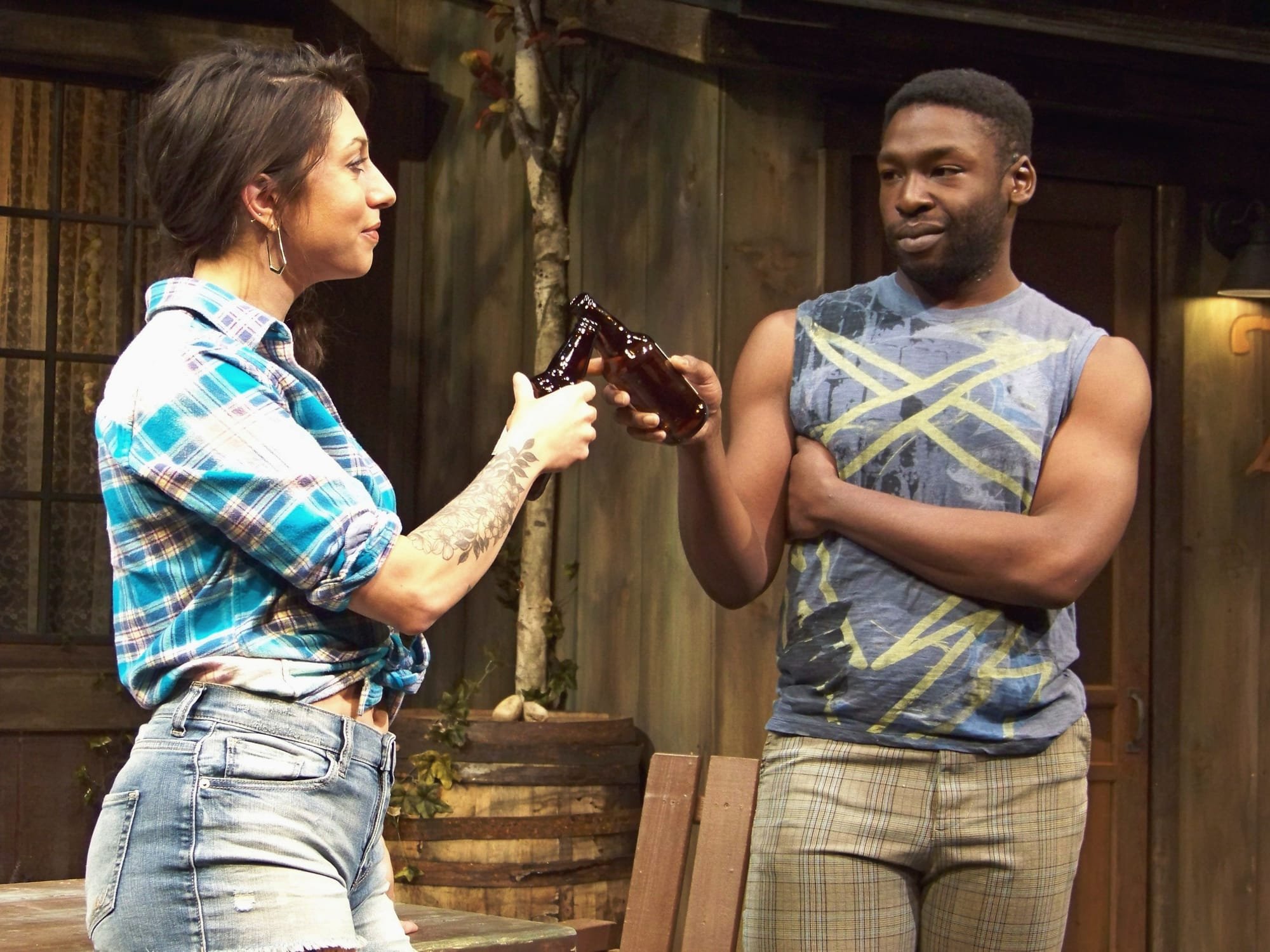 (COVER PHOTO: Katie Mack and Issa Best in a scene from "Betty & The Patch," which runs through July 24, 2022 at the Majestic Theater in West Springfield. Photo: Lee Chambers)

“Our doubts are traitors and make us lose the good we oft might win by fearing to attempt.” William Shakespeare

The Majestic Theater of West Springfield

"BETTY AND THE PATCH"

Written and Directed by Danny Eaton

"Betty and the Patch," from Producing Director Danny Eaton, debuts as the final show of the Majestic Theater of West Springfield's 2021-2022 season and it is a thoroughly charming little eccentric "slice of life" comedy-drama.

According to Eaton, who both wrote and directed the play, the locale of the story, "The Patch," is based on a real "simple out-of-the-way" restaurant, one with a "reputation of having food that’s good and plentiful, with the privacy that makes it ideal for intimate get-togethers."

The events in the play are fictitious. However, the emotions conveyed by the characters in the piece come across as 100 percent authentic.

"The Patch" restaurant has been run by Betty Borelli (Christine Anthony) for years, but a recent kitchen fire has forced a shutdown.

Betty is also a veteran cancer survivor who, in addition to restoring and re-opening the restaurant, must now also face the added daunting, grim challenge of a "return" cancer prognosis.

Resolved to reopen the restaurant, Betty has asked her successful attorney daughter Cristina (Katie Mack) to come back home and help. She also enlists the aid of her longtime ward, Bobo (Issa Best), knowing his feelings of unrequited love for Cristina.

Betty pushes each of them not to be afraid of taking chances on love after reflecting on the impact of years and her own inability to take such leaps due to her doubts and insecurities.

In her plan to get the two together, Betty sees the opportunity to ensure both the restaurant’s future and the future of the two people she loves most in her life. 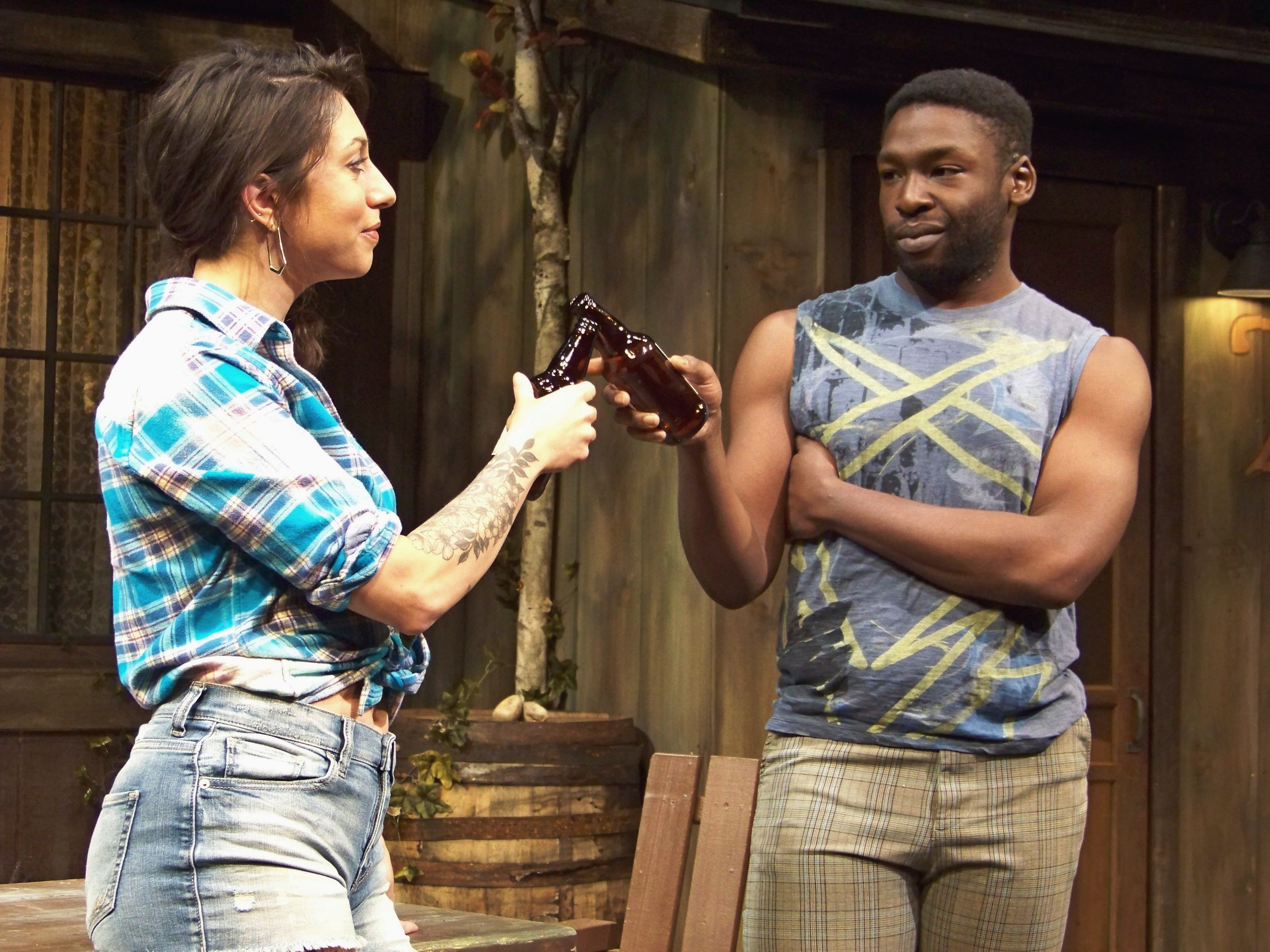 (PHOTO: Katie Mack and Issa Best in a scene from "Betty & The Patch," which runs through July 24, 2022 at the Majestic Theater in West Springfield. Photo: Lee Chambers)

While sounding like the standard plot of a Lifetime cable movie, it is the quirky eccentricities of Eaton's well-defined characters that set the story apart from such bland, generic movie fare.

It is also the fine performances by Anthony, Mack and Best which help to keep us engaged throughout the story.

We also meet several people from Betty's past who re-enter her life unexpectedly and, as a result, long held secrets are revealed.

Technically, there are no real "villains" to the piece, no hard core antagonists. The only character that comes closest would be Cristina's boyfriend, Michael (Michael Graham Morales), who has traveled to "The Patch" to convince Cristina to return with him, not knowing any details surrounding Betty's condition.

Yet even Michael's motives are coming from of a genuine place of love and concern for Cristina and any jealousy he feels threatened by her relationship with Bobo is not really unwarranted.

With no actual antagonist (save the cancer), one might feel a significant lack of drama or conflict. That is not the case here, again, thanks to the well-developed characters and their execution by the performers.

Other standout performances include Brad Shepard as "Joey" and John Thomas Waite as "Andy" two pivotal figures from Betty's past who have come to her aid after the fire.

It is not clear why "Joey" looks to have raided Run DMC's wardrobe closet as his overall rural demeanor doesn't seem to jibe with his character's more urban street vibe appearance. However, this was a very minor detraction which otherwise did not diminish the performance.

One must also give praise to the work of Pua as Betty's dog, "Woof," who instantly stole the spotlight from anybody while any time on stage. (PHOTO: Michael Graham Morales and Katie Mack in a scene from "Betty & The Patch," which runs through July 24, 2022 at the Majestic Theater in West Springfield, MA. Photo: Lee Chambers)

The set design of "The Patch" restaurant by Greg Trochlil is a master class in adding fine details from the rustic signs of the establishment to the dead autumn leaves strewn about the base of the "building" façade.

There is not one inch of wasted space on stage. It makes us feel as if we are travelers stopping in and observing some of the folks that frequent this charming locale somewhat off the beaten path.

The play runs through July 24th and, after a prolonged pandemic shutdown, certainly ends the Majestic's return season on a high note, leaving us anticipating their autumn return with the musical "Mamma Mia" kicking off their 2022-2023 season! 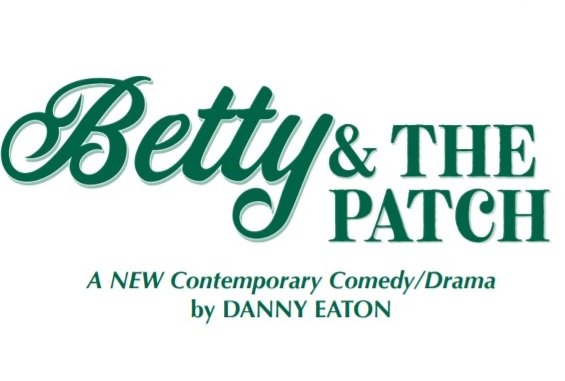