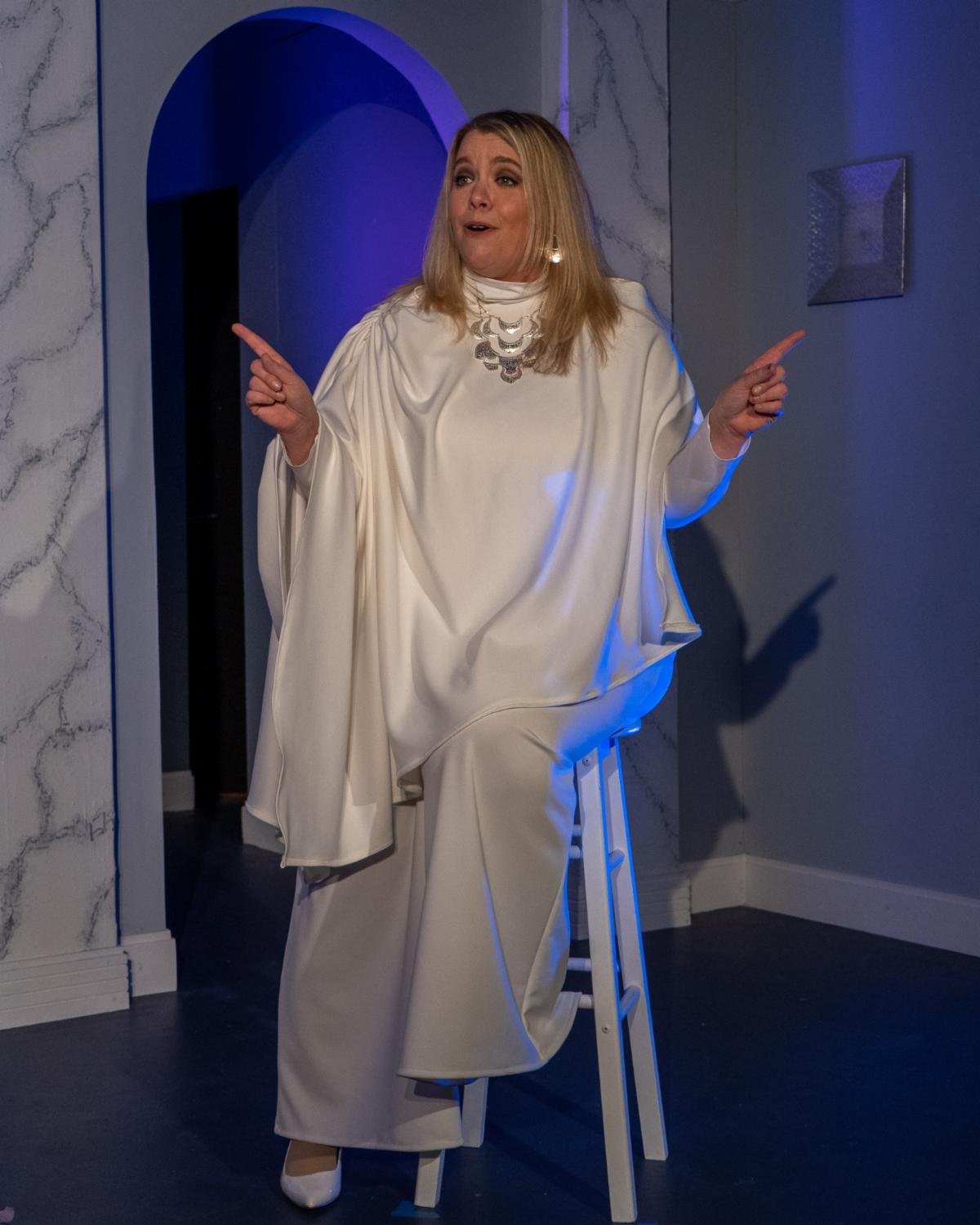 Single tickets now on sale for: An Act of God 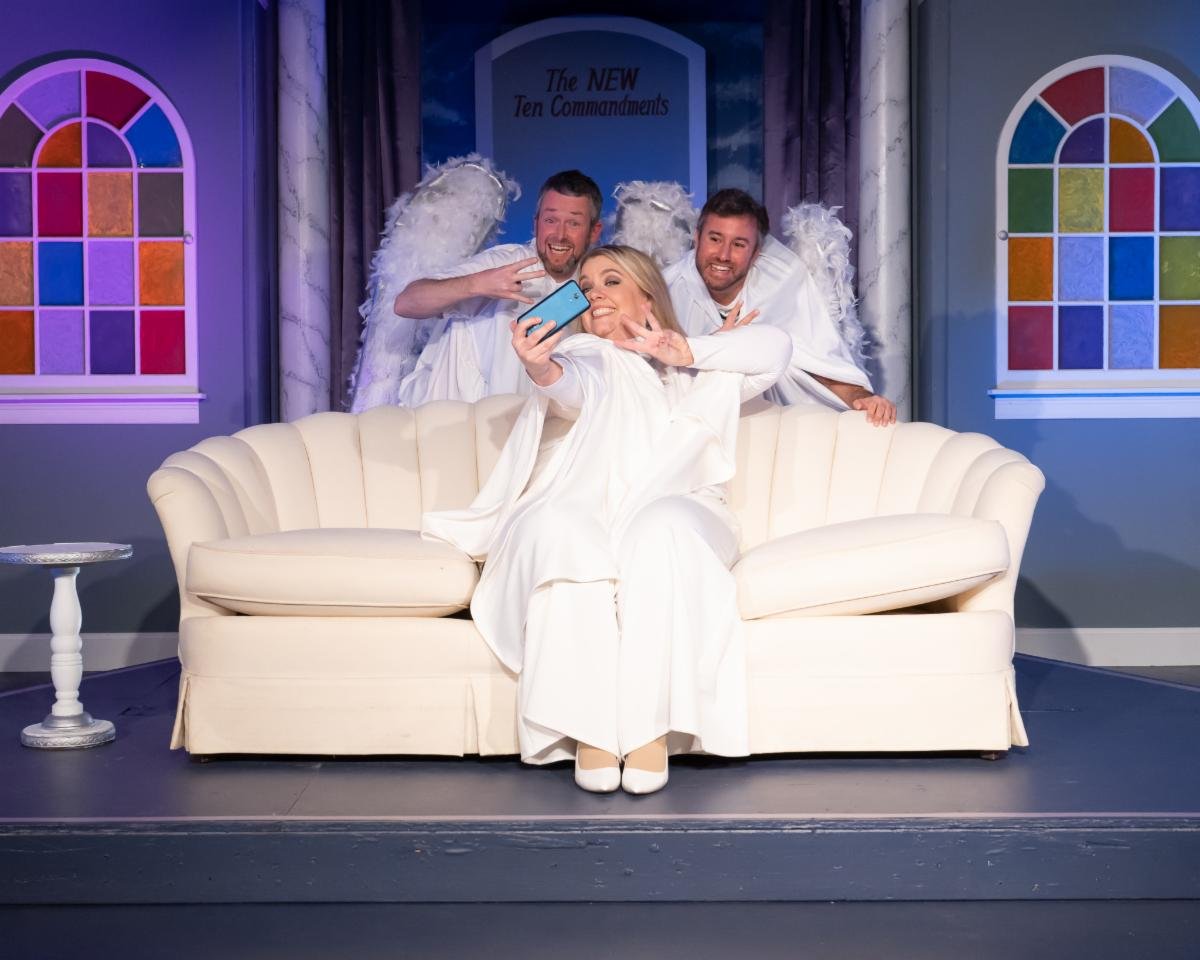 As the title implies, it is a single act show comprised of 80 minutes spent with the whimsical yet occasionally surly Almighty Lord God (“appearing in the form” of actress Caitlin Lubelczyk) who is ably assisted by her angels Michael (Eric Butler) and Gabriel (Erik Gladwin).

Their goal is try and explain to the audience the backstories of the existing Ten Commandments and to announce God’s intention to replace/update them (at least for the next 2000 years or so).

Michael “takes questions” from the audience then poses those "questions" to God. The questions, as the show unfolds, continuously call attention to God’s lack of historical consistency, especially when taking into account God's proclaimed (albeit conjectured) celestial omniscience , specifically in areas of empathy and fairness.

Directed by Chuck Grigaitis, the riotous self-described “one-God show”, written by David Javerbaum, has no great revelations (pun not intended) and feels more like an elongated comedy sketch than an HBO documentary. It is simple comic fair and thank God for that (now that was intended).

However, Javerbaum’s script also serves to thrust God into the spotlight to best “respond” to the concerns raised, at least in the guise of Lubelczyk (who is exemplary in the role).

We learn about God’s “first try” at the Garden of Eden, learning that the FIRST humans were actually the same-sex couple Adam and Steve.

When this attempt failed spectacularly, God decided to do a re-write of Steve to Eve, which thus begat Cain and Abel…and which also did not go quite according to God’s plan.

By the time we get to the story of Noah and the biblical flood, we kind of get the sense from Javerbaum’s witty text) that God’s been kind of winging it for a while.

When Michael attempts to confront God’s (more than occasional) questionable actions, inactions, moral ambiguity and/or out and out indifference, that is when God attempts to forcibly steer the conversation back to the Ten Commandments or at least to a direction that best suits God.

Both Butler and Gladwin are excellent at establishing themselves as God’s corporate sidemen, one maintaining the agenda (Gabriel) while the other (Michael) confronts, making sure things that need to be discussed are brought to God’s attention, regardless of the ramifications as a result of those confrontations.

Whatever your religious inclination, be it devout, agnostic or full on atheist, this is an entertaining show which probably won’t change anyone’s perspective on any of the above.

However, it might actually inspire further discussion on these topics and more after you leave the theatre. Any work that inspires such further conversations is always worthwhile time spent. 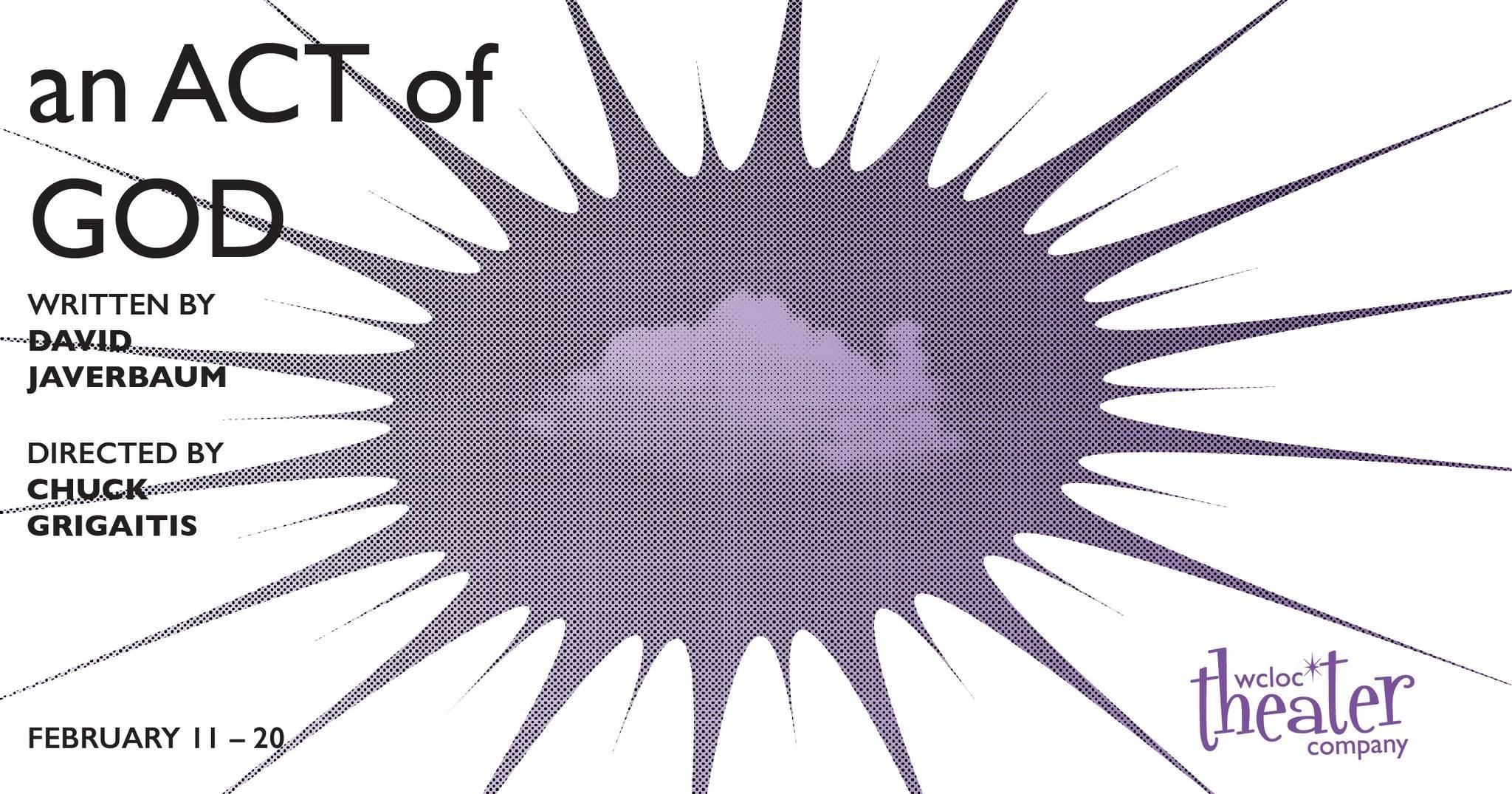 The One with the first and last word on everything has finally arrived to set the record straight. After many millennia, and in just 90 minutes, God (assisted by His devoted angels) answers some of the deepest questions that have plagued mankind since Creation. “Delivering a new and improved set of Commandments, as transcribed by the man we might call the Moses de nos jours, David Javerbaum, God is really killing it up there. How funny is the guy? He’s Jon Stewart funny, plus Stephen Colbert funny." ~ The New York Times

Proof of vaccination and masks are required for all audience members in our Grandview Ave. Playhouse.

As we all know, this is a unique and difficult time in our community. Our first priority is the health and safety of our audiences, creatives, and volunteers. As we prepare for our 2021-2022 Season, the WCLOC Board of Governors will be requiring proof of vaccination and masks for all audience members at our Grandview Avenue Playhouse.  Subscribe Today!

See all four WCLOC shows for only $75. And save $25 per subscription! Subscriptions are on sale now.