"You are capable of more than you know" However, the production, directed by Linda Oroszko, succeeds at holding up a mirror to the latter.

At a prestigious New England prep school, the Headmaster, Bill Mason (Rob Lynds), sings the praises of his wife, Sherri (Brenda Jenkins), who is the school’s Admissions Director, and whose primary focus has been on increasing diversity within the predominantly white student campus.

Lynds and Jenkins have wonderful on stage chemistry and deliver impressive performances.

The couple are Caucasian with a white son, Charlie (Michael Skrzek), who is now in his senior year at the same school and awaiting acceptance into an Ivy League school.

Meanwhile, Sherri has been tirelessly working on a new school brochure with her assistant, Roberta (Amy Newberg), one that showcases the school’s student body “diversity” and offer a sense of inclusion to increase the attractiveness of the school to minority student applicants.

The split-set design by Ed Savage and Sally Bowditch utilized the WCLOC stage perfectly showing us both Sherri’s office at Hillcrest and the kitchen in the Mason’s home. Set changes in between scenes flowed seamlessly.

On the back wall of Sherri's office hangs a small sign that speaks volumes of what this show's message is about: "You are capable of more than you know."

At the start, Sherri and Roberta get into a lengthy debate over Roberta’s need for more specificity of what, exactly, Sherri defines as “diverse” and “inclusive.”

This deliberation spills over into the balance of the drama which opens up multiple discussions on the subject, impacting all involved and sparking conversations beyond the WCLOC stage...which is exactly what should happen.

Most impacted are the Masons who learn that Charlie has been deferred acceptance to Yale, while his best friend, and son of Sherri’s best friend, Ginnie (Barbara Kessler), was accepted.

Both boys were equal in all things academic - Yet Ginnie’s son is half-African American on her husband's side.

While her son is referenced as being predominantly Caucasian in appearance (we never actually “meet” Ginnie's son), he apparently checked off a “box” on his application which provided him with special consideration as a minority.

It is never really confirmed if this was the reason for his acceptance over Charlie, but it is certainly a theory to which some, especially Charlie, allude. Why Harmon chose not to include the characters of Ginnie's husband and her son, given how much they are mentioned throughout the show, is curious as they could only have provided more substantive perspectives.

Charlie begins long diatribes, expressing his frustration, with much of it directed at his liberal parents and their long adherence to affirmative action. He points out, in his frustration, that they are trying so hard to solve the systemic problem they cannot see themselves as inherently part of the same problem.

Bill and Sherri want the best for their son yet Charlie, at 17, begins to break from the influence of his parents’ leanings. However, when they try to “help” Charlie by getting him into Middlebury College, he shocks them with a startling announcement.

As Charlie, Skrzek is virtually spellbinding in his delivery with his numerous long monologues. As written, though, Charlie, a senior in 12th Grade, appears far too eloquent, coming across, at times, as a middle aged philosopher stuck in a teenager’s body.

The rest of the performances are solid, although there were a few noticeably awkward silences, stumbles, and stepped on lines. Parts of the show seemed scripted so the dialogue flows conversationally, naturally…other parts didn’t feel that way at all.

During the arguments, at no time is anyone proven wrong. Yet, at nearly every turn, all the characters are made to feel incredibly at fault. Not once is there an agreement, or even a suggestion, that everybody’s point of view on this subject has some merit and should, at least, be considered.

The story is top-heavy on trying to expose "liberal hypocrisy." Nevertheless, Harmon’s script falls short, dramatically, with weak counterpoints in many of the debates.

Where it succeeds, though, is in how these debates will inspire further ongoing audience discussion of the subject matter long after the show ends…which, again, is exactly what should happen, because we are ALL capable of more than we know. 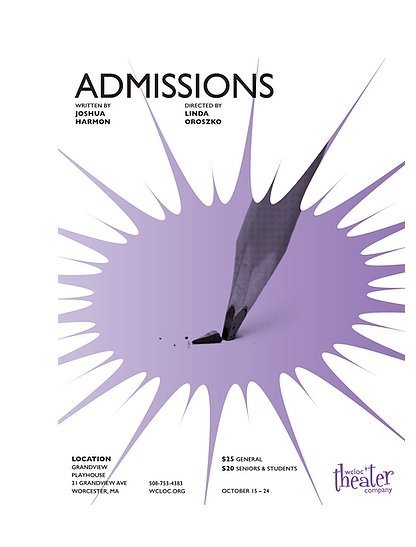 Proof of vaccination and masks are required for all audience members.