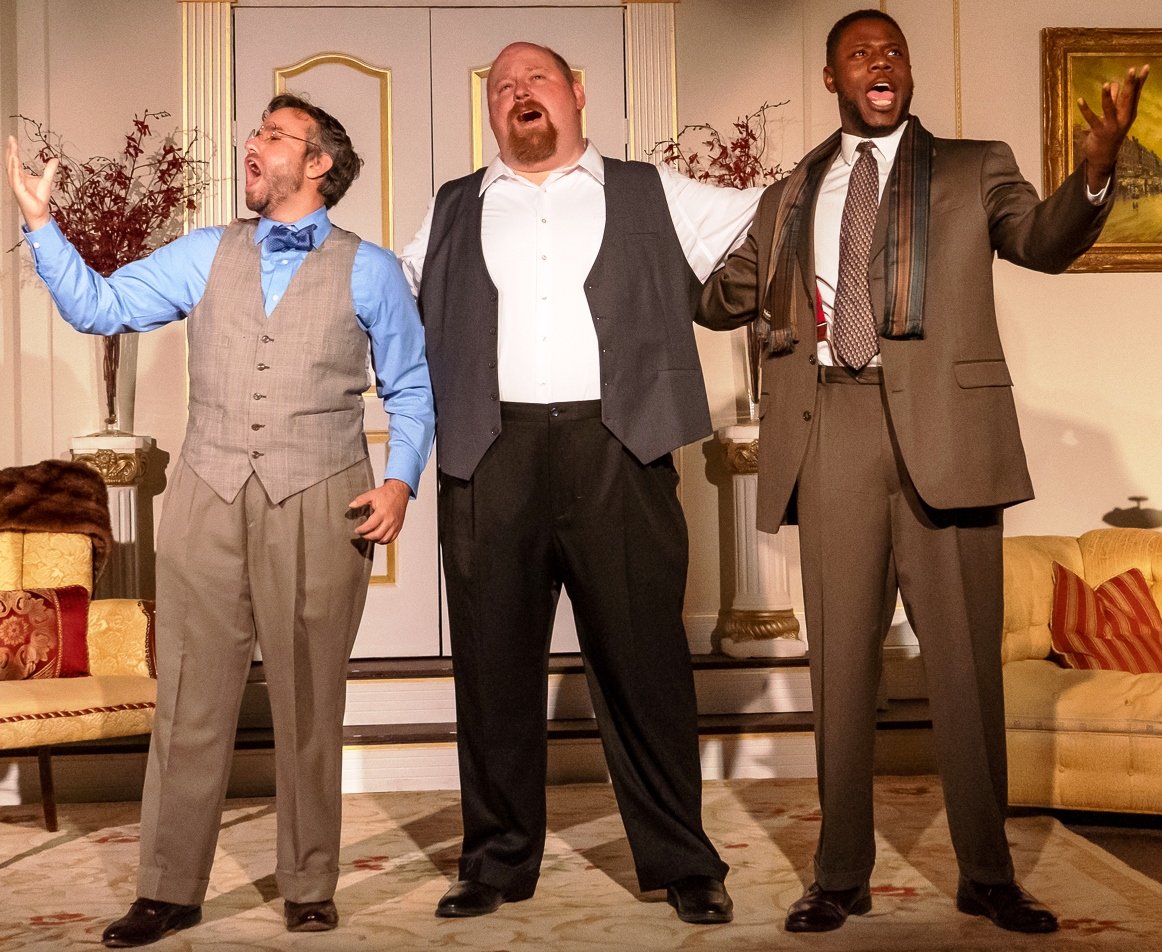 "A COMEDY OF TENORS"

In between all the “Christmas Carols” and other holiday shows, Worcester County Light Opera Company (WCLOC) offers the non-holiday related comedy, "A Comedy of Tenors," a sequel to, yet independent from, the Tony® Award-winning and Olivier Award-winning play "Lend Me a Tenor" by preeminent comic playwright Ken Ludwig.

In 1930s Paris, the stage is set for the heavily promoted "Concert of the Century."

The couple anticipate the arrival of their adult daughter, Mimi (Susanne Westerhof). Unbeknownst to them, their daughter is already hiding in the hotel suite literally right under their noses.

Mimi is secretly "involved" with another noted tenor, Carlo (Mike Daniel) who is approximately the same age as Mimi and equally as talented a vocalist as her father, Tito. Carlo is supposed to be singing with Tito during the concert that night.

Through a series of misunderstandings, reminiscent of 70s situation comedy "Three's Company," all Hell breaks loose as Tito believes Maria is having a secret affair with young Carlo.

Meanwhile, Henry's assistant, Max (Eric Butler), who also happens to be his son-in-law and a budding opera singer, is trying to maintain the calm before the storm even though the "Perfect Storm" has already set upon the suite as Tito attacks Carlo at their very first meeting. The only thing missing is Wagner's "The Flight of the Valkyries" playing throughout the mayhem.

Tito quits and storms out of the suite. As Henry and Max struggle with how to replace Tito on the concert bill, in walks bellhop Beppo (also played by Woloski) who is spitting image and polar opposite of his lookalike, Tito. The lightbulbs appear over Henry and Max's heads as they concoct a preposterous plan to replace Tito at the concert with Beppo.

Throughout the second act, things go from bad to worse to absolutely preposterous just as the "Concert of the Century" is supposed to begin.

This material is certainly not Ludwig at his best (when compared to his other notable works “Lend Me a Tenor,” “Moon Over Buffalo” and “The Fox on the Fairway”) and there are many awkwardly staged moments in this two-act production.

There is also a painfully prolonged five minute operatic "Milli Vinilli" style lip sync by Max, Carlo and Tito "conducted" by Henry which had many fidgeting in their seats. The multiple plot twists seem trite and endless as Ludwig does not successfully weave a coherent comical web in his story arc. However, most of the performances do not suffer as a result and, as the second act unfolds, the levity and well-executed slapstick comedy more than makes up for these limitations.

Woloski, in his expertly portrayed dual role as Tito and Beppo (in spite of a 'Mario Bros.' Italian accent), deserves high praise, indeed, for his many rapid-fire quick changes (as well as a fully-loaded oxygen tank backstage). Butler, Daniel and Murray also impress in their respective roles, elevating the material.

While there were some shortcomings, the last few minutes of the play should absolutely not be missed as it yields the biggest laughs of the show.

So, if you need a break from completing all your holiday related tasks, "A Comedy of Tenors" does offer a momentary respite and an alternative to standard theatrical holiday fare.

The show's approximate run time is one hour 45 minutes with one intermission. 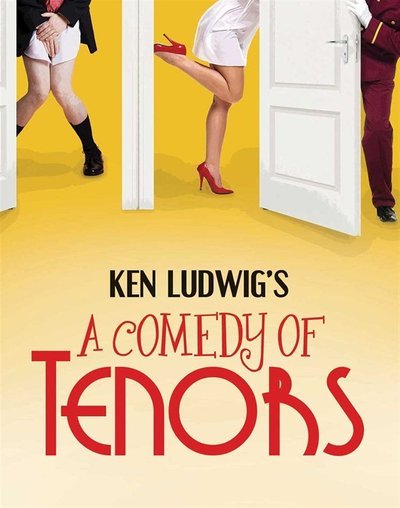 One hotel suite, four tenors, two wives, three girlfriends, and a soccer stadium filled with screaming fans. What could possibly go wrong? It’s 1930s Paris and the stage is set for the concert of the century – as long as producer Henry Saunders can keep Italian superstar Tito Merelli and his hot-blooded wife, Maria, from causing runaway chaos. Prepare for an uproarious ride, full of mistaken identities, bedroom hijinks, and madcap delight.

Proof of vaccination and masks are required for all audience members in our Grandview Ave. Playhouse.

As we all know, this is a unique and difficult time in our community. Our first priority is the health and safety of our audiences, creatives, and volunteers. As we prepare for our 2021-2022 Season, the WCLOC Board of Governors will be requiring proof of vaccination and masks for all audience members at our Grandview Avenue Playhouse.  Subscribe Today!

See all four WCLOC shows for only $75. And save $25 per subscription! Subscriptions are on sale now.