Will Hold Auditions for the musical

To be held at NPTG, 15 Rollstone Street Fitchburg.

Book by Sybille Pearson, based on a story developed with Susan Yankowitz.

Be prepared to sing a song of your choosing and do a reading from the script.

The show will be directed by John Stella, with musical direction and accompaniment by Kris Layton.

All who audition must be vaccinated and be ready to show proof of vaccination.

Is there anything more exciting, frightening, and transformational than impending parenthood?

As the musical "BABY" opens, we travel to a university campus, where three couples receive some unexpected news.

Lizzie and Danny are astonished that they’re about to become parents, when they’ve just entered adulthood themselves.

Nick and Pam struggle to conceive, and are determined to try every outrageous method until they do.

Alan and Arlene have just started enjoying their empty-nester life, when a night of unexpected passion puts them right back where they began.

Danny Hooper (Tenor): age 21-22 believes in traditions (with a kid you get married, the man must be the breadwinner). Lizzie is helping him “think outside the box.”

Lizzie Fields (Second Soprano): age 20-21 is a free spirit who has just moved in with Danny. She has a practical side (she is a list maker) but believes in the Cosmic Energy inside everyone.

Nick Sakarian (Baritone) age 35 quick with a joke to ease the tension. He always “does things” for others putting them before himself.

Pam Sakarian (Alto) age 33 is a tomboy who will feel complete when she has a baby. The baby will be something she can do for Nick.

Alan McNally (Bass/Baritone) age 48 has always seen himself as a father first and a husband second. With all his children out of the house he is more than a little unsure of himself.

Arlene McNally (Soprano) age 43 has lived her life “by the book.” She is not very comfortable in her skin but is tentatively looking forward to being an “empty nester.” 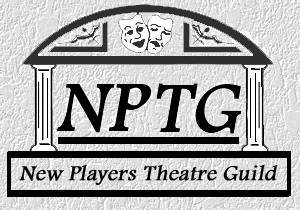